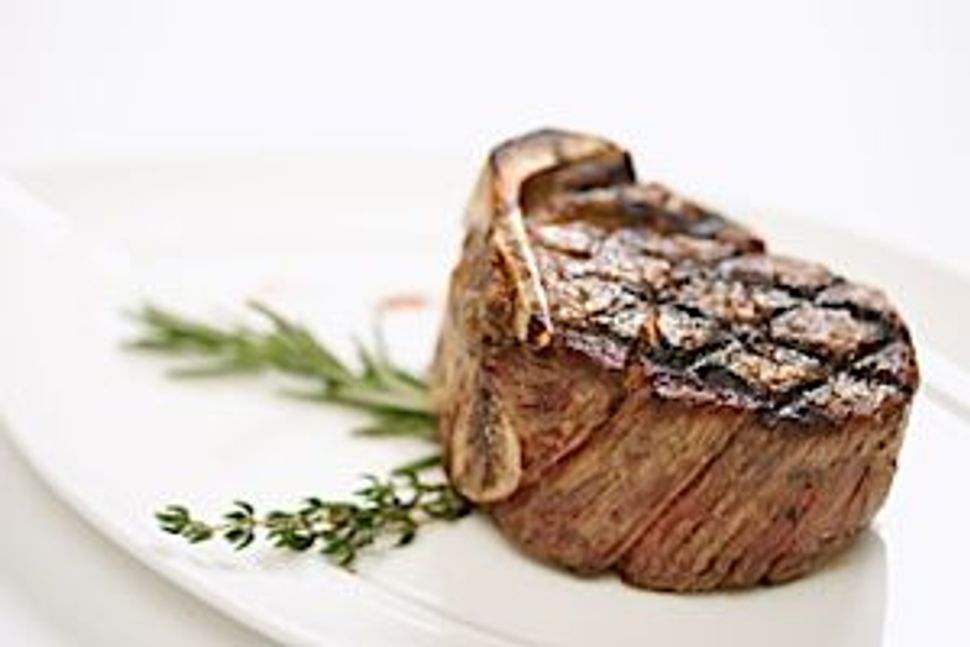 The Prime Grill, the fine dining kosher steakhouse New York Magazine calls “the go-to spot for the city’s kosher-observant movers and groovers,” is pulling up stakes on East 49th St. and moving to the west side of Midtown Manhattan.

Owner Joey Allaham promises that the new space, which will seat 360, boasts a wood burning oven and “more menu options.” No details yet on what those options will be, but regulars are certainly hoping that their favorites — like a dozen varieties of dry-aged steaks, a full sushi menu and appetizers like Crackling Duck Salad — make the move over to West 56th street.

Diners will be able to wash down the new fare with rare vintages of Herzog kosher wine, and will be able to arrange tastings and pairings with a Herzog sommelier in a private dining room.

The move comes 13 years after the restaurant opened and changed the face of kosher dining in New York. When it opened, it was one of the first kosher establishments to offer patrons a steakhouse experience like Peter Luger and Keens.

There is no date yet for the restaurant’s opening in its new location, but in the meantime, there will be a farewell dinner at the existing site on January 18.