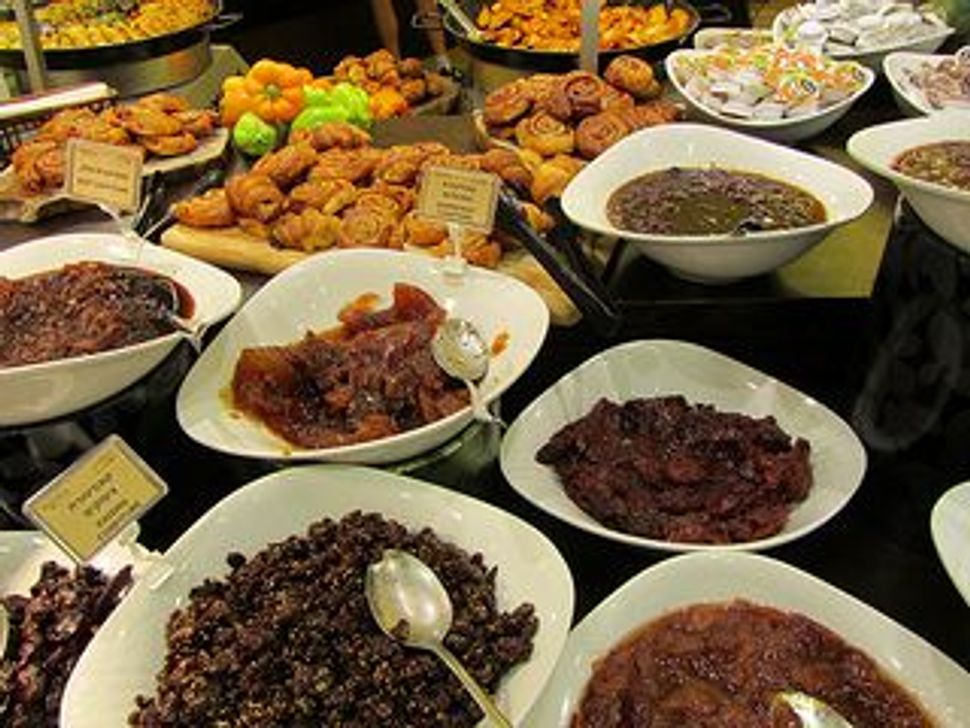 With the Israeli elections imminent, it is well to consider the issue of public policy and food. For instance, the Green Movement, as Israel’s green party has recently joined Tzipi Livni’s HaTnuah party and considers regulation of food production to be a significant componet in improving the country’s environmental policies. Livni, herself a vegetarian since age 12, will be convening a gathering of vegetarians next week to highlight areas where a more sustainable food policy should be pursued.

There are two underlying motivations behind the necessary policy reform. Environmentally, the pollution produced by agricultural operations, particularly from livestock is enormous. Six years ago, the UN’s Food and Agriculture Organization reported that the international meat industry produces18 percent of global greenhouse gas emissions, even more than transportation. The contribution of pesticides and fertilizers to water pollution is well known. In a recent long-term study of Israel’s stream, a research team I headed found that non-point source pollution, largely from agricultural sources, were the primary contributor of pollutants to Israel’s streams, rather than industry or even sewage.

Animal welfare is the second impetus behind calls for policy reform. Since the prohibition in Genesis against cutting a limb off a living animal Judaism has always seen Tzar Baalei Haim – (“animal suffering”) as a key ethical precept. From its inception, there have been criminal laws in Israel prohibiting cruelty to animals, even as they are frequently unenforced. The problematic treatment of animals in Israel received national attention last month, when a television expose was aired describing practices in Tnuva’s Beit Shean slaughter house. An undercover reporter managed to film a range of horrific acts by slaughter house workers inflicting unnecessary violence against cows during the Kosher slaughtering process. The public hue and cry highlighted both the concern across all sectors of the Israeli and the lack of a cogent public policy in the area. Green movement activists have compiled an ambitious proposed program, which combines economic incentives, regulations and education to improve Israel’s performance in this area. Given the environmental, ecological and heath advantages of a diet that has no or little meat or synthetic chemicals, there are many measures which can be taken to reduce meat consumption and relieve some of Israel’s more ill-considered policies.

The start of any coherent policy involves cancellation of “perverse” subsidies which encourage practices which produce negative outcomes. For instance, any water subsidies should be removed for non-sustainable food production. The mandate in government sponsored “Councils” that promote agriculture production and export (e.g., the Milk Council, Meat Council, etc.) should be changed to require an orientation of sustainability. Farmers in the Galilee, for example, receive considerable subsidies for poultry production, even as many farms subject the birds to unacceptable conditions.

Israel is the heaviest pesticide user in the OECD and it shows: 11% of local produce has residues above allowable levels. A recent Ministry of Health report indicates that some 100 chemicals are found on Israeli fruits and vegetables, one third of them prohibited by the EU. Tougher standards and better inspection need to be enacted. The Ministry of Agriculture encourages integrated pest management, but incentives are not sufficiently compelling and the organic fruits and vegetables are still considerably higher than chemically grown produce. Incentives could help farmers make this transition.

Tax policy is also critical. For instance, Israelis actually eat small quantities of beef relative to other Western countries (17 kg/ person/year). Frozen beef and farm animals shipped in from overseas face a meaningful import tax. Recently, however, a committee of senior officials in the Netanyahu government sought to lower beef prices by reducing import taxes on beef, and tacitly increase consumption. The public health effect of greater beef availability is unfortunate. The environmental / animal welfare implications of a meaningful increase in the transport of live animals are even more negative. Were, a broad carbon tax adopted in Israel, it would present such unwise policy initiatives, ensuring that the “polluter pays”’ principle applies to the food industry. While they may be modest beef eaters, Jews certainly like their chicken. Unfortunately, the Israeli poultry industry has steadily moved to high density, industrial methods, with relatively little “free-range” chicken or turkey available. Clearly, present standards need to be changed in order to ensure reasonable living space for livestock. EU standards (39kg/m2) are far more “humane” than Israeli ones that squeeze chickens into crowded cages. Better lighting, litter, feeding, and ventilation requirements are also needed. It is a positive step that the Hai Meshek association has implemented a standard for free range eggs, which involves twelve times the space presently allotted to Israel’s egg-laying hens, many of whom spend their entire lives in cages. Many consumers are willing to pay the significantly higher price for these eggs. But the government should use taxes and subsidies to encourage the more humane alternative.

Part of the problem with Israel’s food policies is institutional. At present, oversight of animal welfare law implementation on farms is in the hands of the Ministry of Agriculture. Given the inherent “conflict of interest” between ensuring animal welfare and promoting production objectives and economic prosperity of the farming sector, authority over animal welfare should be transferred to Israel’s Ministry of Environmental Protection. Additional funding for government inspection of industrial farm sites also is desperately needed given the extremely limited manpower dedicated to enforcing existing laws.

Vegetarianism constitutes an ideal which should be presented through education and public marketing campaign. At present some 8.5% of Israelis reportedly are vegetarians (more than twice the 3.2% level in the U.S.) Even if most citizens do not want to give up on meat entirely, reduced consumption can be encouraged. Now retired, but highly acclaimed news anchor woman, Micki Haimovich has begun a national campaign supporting “meatless Monday” which has received considerable media attention.

To be honest, Israel’s environmental movement has not paid adequate attention to the issue of sustainable food policy. It is time that this challenge be embraced by all who care about public health, the wellbeing of animals and human decency.

Professor Alon Tal, is a faculty member at the Ben Gurion University department of Desert Ecology, chairman of Israel’s Green Movement and a candidate for Knesset in the Tnua party.