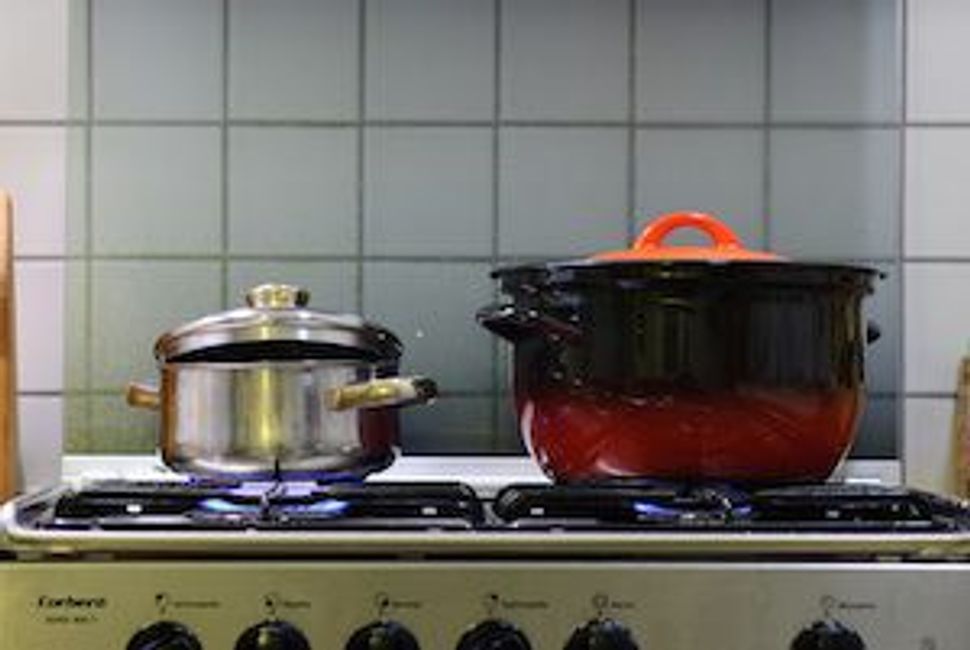 What I lacked in preparation, I recouped in reasoning.

Reason #1: I want to become an everyday cook. Despite my stints as a line cook and private chef, and even though I’ve written about home cooking again and again, the well-executed meal for even a small crowd eludes me. Inevitably, the sushi rice turns to mush as I mix the wasabe, or I pull the top off perfect, emerald kale only to smell the tilapia burning.

Whenever I dream of taking on a Thanksgiving dinner or Passover Seder, those botched meals haunt me. What better way to gain confidence than a month of compulsory cooking?

Reason #2: Break a bad (and costly) habit. On a busy day, I’ll grab lunch and dinner because I don’t have time to prepare them myself. On a laid-back day, I’ll go to brunch. And several times a week, I pick up a cup of coffee as part of my morning routine. In the last week of 2012, I spent $112 on sit-down meals and take-out. My weekly groceries cost half that, and I could easily live on those supplies. With my employment situation up in the air, every scrap of savings counts.

Avoiding that quick hunger fix or social dinner out is tough, but friends and family members have set good examples. The ones who keep kosher, rely on SNAP benefits, or fall apart in the presence of gluten can do it. They bring food with them or just wait until they get home. And Cathy Erway, author of The Art of Eating In, eschewed dining establishments in one of the greatest food cities in the world for more than two years. I can, too.

Also, I’ve practiced. I took the Huffington Post’s Week of Eating in Challenge back in 2010. I only slipped up once, deciding to order a beer at a book club meeting.

With those motivators in mind, I began my challenge. The second day gave that knot in my stomach a solid justification. I realized I would spend three of the next five days traveling to see family in New York, navigating an enticing web of thin-crust pizza places and hometown restaurants.

My awareness shifted even before I left my home in D.C. Within two blocks of my apartment building, I noted the four places I could buy coffee. In that same span, I could sit down for vegan soup, a draught beer, tamales, or a sandwich. I could order tacquitos, a bag of chips, or ice cream to go. All of those possibilities murmur in my head as I run an errand. In those first days, I both heard the murmurs and started to quiet them.

When the day of departure came, I packed myself a lunch: A cheese sandwich in one of those wraps, an apple, trail mix, more nuts, and wild rice sticks (a new find in my food co-op’s bulk section). A woman in line for the same bus at Union Station hurriedly slurped a paper bowl of soup as she balanced her purse and nudged her suitcase around to accommodate other riders. I realized that in the dark days of 2012, that would have been me. The new me would nibble a neat lunch as I took in the view from I-95.

The rest of the month may not always ride smooth, but I’ve enjoyed stepping on board.

Rhea Yablon Kennedy has written about food, culture, and sustainability for The Washington Post’s On Faith blog, Washington Jewish Week, Examiner.com, and Edible Chesapeake magazine. Rhea lives in Washington, D.C., where she also teaches and gardens.