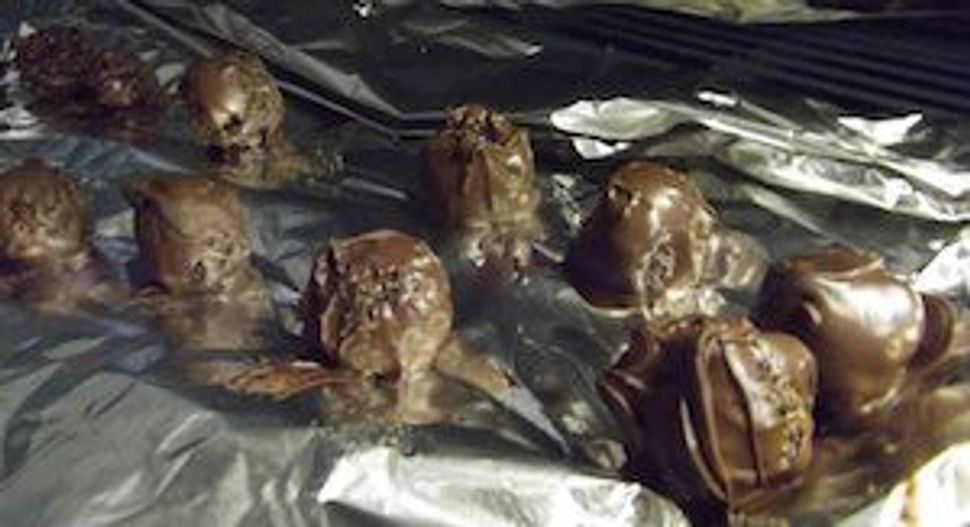 Figs have long held my fascination. I grew up begging my mother for one more Fig Newton. Later, I had to stop myself from eating an entire container or bag of dried figs that my parents bought as a special treat. I often had to jockey with my dad for the last one.

In college, as part of a course called “The Palestinian-Israeli Confrontation” with Brandeis Univeristy Prof. Gordon Fellman, I read Naomi Shihab Nye’s poem, “My Father and the Fig Tree.” The poem was about the idea of home, and how a juicy, ripe fig was home to the narrator’s father. The poem resonated with me on many levels, including wondering how a fruit could call to you and bring you peace.

I was living in Boston, in my 20’s, when I had a fresh fig for the first time. I somehow found myself at an art opening in the yard of a stranger, and was served ripe figs with honey and goat cheese, with wine, of course. I was in heaven. I thought I had understood what figs were in their dried form, but fresh. Oh. Now that was an entirely different story. It was many years before I was able to have those figs’ rivals.

My first Hazon conference was a little over a year ago, and I decided to explore San Francisco (also for the first time) for a few days beforehand. Immediately after flying into the city, I parked my bags with my hosts and headed straight for the water. My first stop off the trolley was a farmers’ market in front of City Hall. There, I had the most delicious dates I’d ever eaten. Four varieties. Several hours later, when I made it to the piers, I found another market with giant turkey figs; they were huge, and I ate as many as I could afford.

When I returned home, I visited the closest farm stand to my home, run by a local man who buys produce from Amish farmers south of Nashville. Knowing that the figs were pesticide-free, I asked about getting two quarts to make jam, since I’d seen them on and off throughout the season. The farm stand owner called me the next day to say he had them, and wouldn’t take a dime. He was glad to have someone enjoy the last fruits of the summer and preserve them for the year.

That jam went into Hamentaschen, was mixed into yogurt and was gifted. A true treat in every bite. Last spring, I helped my parents put nets on the two fig trees they planted to be sure to be able to keep a few for themselves, and fewer for the birds and squirrels. We savored the first figs, and said the Shehechianu and bracha over the fruit of the tree in honor of the joyous occasion. It was fun to hear about their continuing harvest and to get calls from Mom about how she cooked them.

As Tu B’Shvat approaches, I always look for holiday-appropriate recipes to make with my Sunday School class. We’ve shrunk to four or five students this year, but we are still limited to 40 minutes. This provides particular challenges when attempting to bake, and many recipes involving figs require chilling dough. In 2012, we made a vegan version of Fig Newtons; cakey bar cookies with fig filling. They were great, but an enormous pain to assemble. In order to get them done in 40 minutes, I merged recipes from multiple sources; the first try was a bit too crumbly, but the second batch was perfection.

This year, I am going to indulge the kids’ love of all things chocolate, and dislike of all nuts, and make Fig and Ginger Truffles. I have a feeling that they will do what they did at the end of each of our last several classes and exclaim with full mouths, “This is my FAVORITE class!”

Miriam Leibowitz is a vegetarian, avid gardener, long-time home cook and JOIN for Justice alumna. When she’s not teaching, Miriam is working to bring affordable, healthy food access to Nashville’s food desert neighborhoods, rebuilding relationships between the African-American and Jewish communities in Nashville, and working with others to make the world a better place. (Cue Kumbaya!)