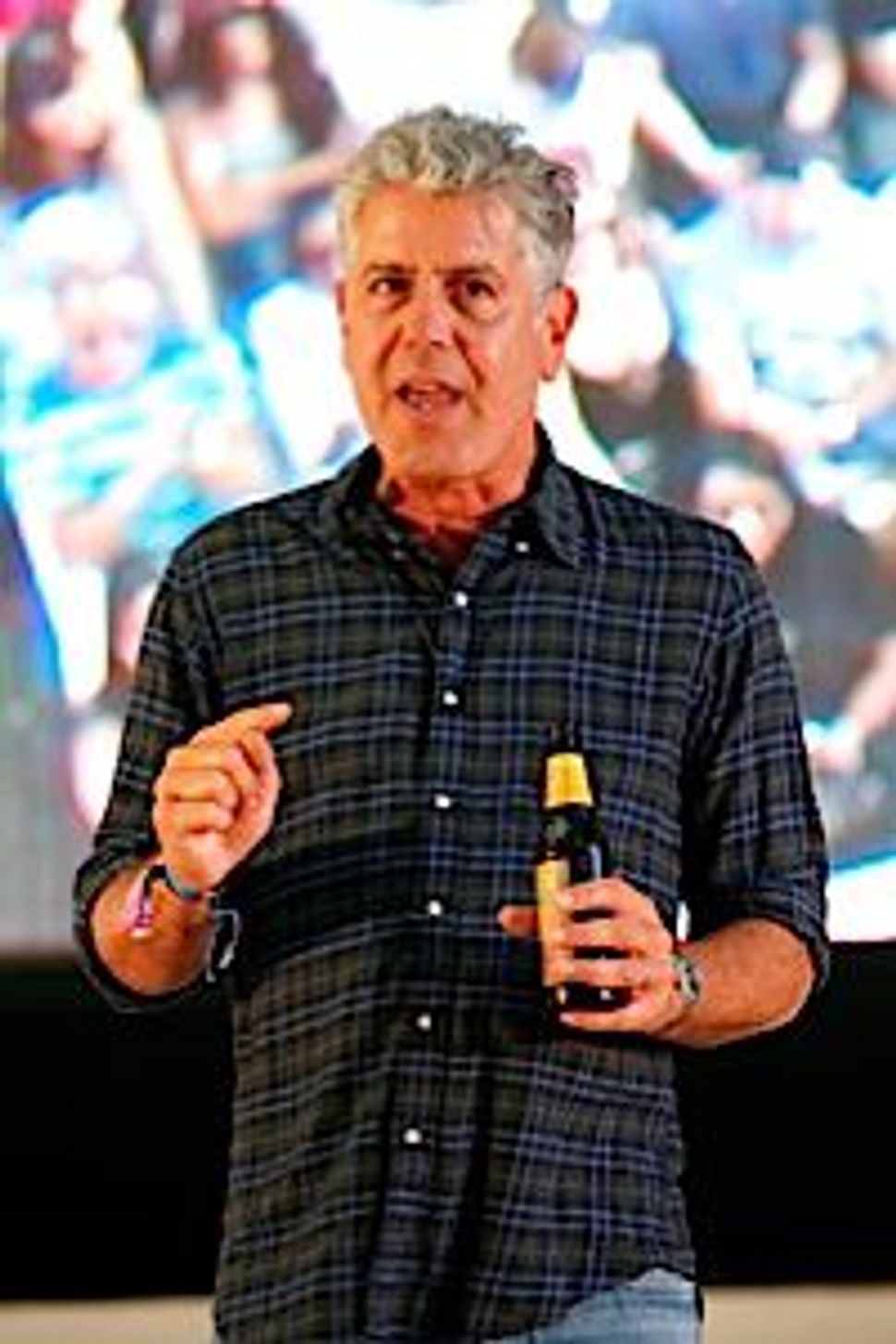 Anthony Bourdain likes his kugel the way bubbies make it. At least, that’s what he told contestant Jeanette Friedman on the premier of his new competition cooking show “The Taste” when she added jalapeños and adobo spices to the Eastern European Jewish staple. The show premiered this week on ABC with Bourdaine co-hosting with British stunner Nigella Lawson, French chef Ludo Lefebvre and Top Chef Brian Malarkey.

With a similar structure as The Voice, the show’s contestants have one hour to cook their dishes and present food on a spoon, they then stand behind a wall as the chefs taste and critique their food, often arguing whether it is the work of a home cook or a professional chef, or maybe just a home cook who has watched a lot of professional cooking shows. If they like the food, the chefs charm the contestant into joining their teams, which will compete against each other in a later episode.

Friedman, incidentally, the mother of activist and Forward 50 honoree Daniel Sieradski, made a lokshen kugal with a spicy twist. Bourdain immediately recognized the taste, “I know this dish… this is very familiar to me,” he said. But ultimately, Friedman was eliminated because the dish had lost its classic flavor. “When it comes to Eastern European Jewish classics, I’m a traditionalist,” Bourdain told a disappointed Friedman. “You lost me at the adobo.”

Nigella, whose the daughter of the one-time famous Jewish British Chancellor of the Exchequer, was also not impressed with the kugel. “There are certain elements in tradition that, for me, no longer make it what it is. The twist subverts it somehow,” she said. But all was not lost for Friedman, the always charming, and let’s admit it, handsome Bourdain, invited himself to dinner at her house.

Several other Jewish contestants had better luck, though not because they cooked Jewish fare. San Francisco native Micah Kasman made it on Malarkey’s team with his Moroccan Scented Filet Mignon. And Mia Morgenstern, a 26-year-old Harvard graduate and yoga instructor who impressed Bourdain with Lamb Indian Spices also made it to the next round. The show seems to be heavily geared towards home cooks, for one thing, contestants are never judged on plating, at least in the audition process. The taste and quality of the food are allowed to make a first impression, which is an interesting deviation from other cooking competition shows. Here’s hoping it makes for delicious entertainment.

The Taste airs on Tuesdays at 8 ET on ABC and is two hours of Bourdain and Lawson in high definition.