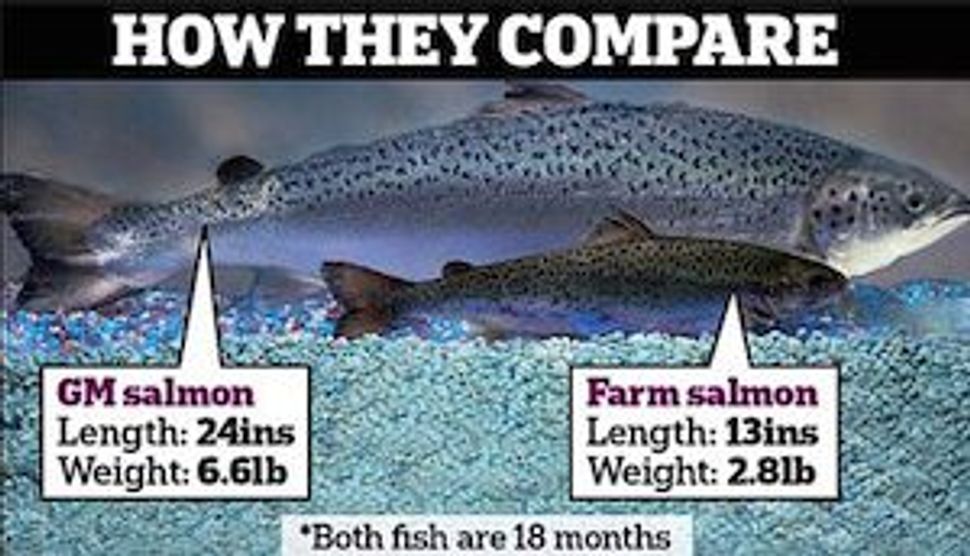 However, is there a fundamental difference between taking different ingredients – such as wheat, yeast and water – and processing and combining them in such a way that they create a useful byproduct, as opposed to taking the microscopic genetic material which makes something what it is and combining that with other microscopic genetic material from a different organism to create something which shares properties of all the original organisms from which those genes were taken? In other words, is it possible to determine a point at which our roles and responsibilities of being partners in Creation might prevent us from being stewards of Creation? This conundrum also begs the question whether or not all genetic modification is the same.

For example, for the last three years scientists have been breeding GM goats with spider genes which produce milk exhibiting the properties of spider silk. The resulting product is one which has important medical applications and has been shown in real-life circumstances to be life-saving. Judaism is a religion which encourages life-saving measures be taken even when those measures contradict religious edicts – an ill patient may consume non-kosher foods and medicines, Shabbat may be desecrated to save a life, circumcision is not performed under certain extenuating circumstances, for example. Proponents of GM animal food products might argue that the existence of a faster growing salmon, a food-source rich in proteins, vitamins and important fats, might reduce costs and make that product more available to impoverished communities who would certainly benefit from its availability. Opponents of GM animal food products, like opponents of all GM products, argue that the benefits and risks of these organisms in our ecosystem and diet are not fully known and the risks may outweigh the benefits. Salmon is a particularly sensitive population which might be threatened by competition were GM salmon to escape farms for the wild. The question then stands, just because something is theologically consistent or sound with the teachings of our religion does it make it appropriate?

Currently, the FDA is in the midst of a 60 day public comment period before they issue their final verdict on AquaBounty’s AquAdvantage salmon – the world’s first genetically modified animal for human consumption. The GM product is a sterile female Atlantic salmon with a growth gene from a Chinook salmon and a growth promoter gene from an ocean pout – an AquAdvantage transgenic salmon grows to “market size” in approximately fifteen months, while a typical salmon would take three years. AquaBounty and the FDA claim that because the fish is sterile it will have no measurable impact on the ecosystem and, like all other GM foods, those who develop them claim they are safe for consumption. Pending the public comment period, the FDA is expected to finalize the approval for AquAdvantage salmon by 2014.