Save the New York Bagel! 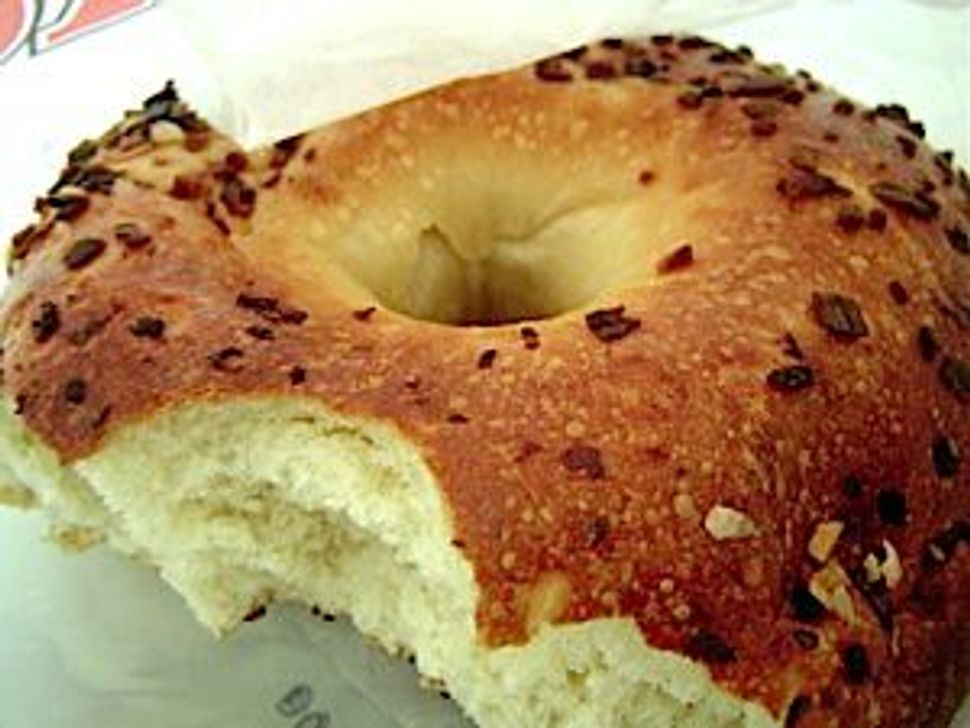 As you enter your last year in office, your legacy is at stake. We beseech you to save the New York bagel! When it comes to food, you’ve done us proud so far. You introduced simple letter grades for restaurant cleanliness (thanks for that one) and banned the big gulp and smoking where we eat and drink. You’ve shown respect for our great city’s food and food lovers. In that spirit, I entreat you to consider one final item for your food agenda: Mayor Bloomberg, please save the New York bagel!

When New York’s gastronomic history is written, the bagel will merit a chapter all its own. The Lower East Side was not only a way station for Eastern European Jewish immigrants; it was also the neighborhood that introduced the now-ubiquitous bagel to freedom’s shores. New York gave rise to Bagel Bakers Local 338, the union that quite literally defined the New York bagel until it disbanded in the 1970s. As a figure invested in the cultural life and consumption habits of his city, I trust that as mayor of New York, you realize the bagel’s importance. You must also realize that it has become nearly impossible to find a decent one around town.

For the last few years, I have lived as an expatriate of my hometown as a student in Ann Arbor. Whenever I travel east, my mother reminds me to return with a dozen Zingerman’s bagels or else not bother returning at all. A high-end delicatessen and appetizing store, Zingerman’s approaches the traditional New York bagel with due reverence. Their bagels have sizable holes and are not overly large. The dough is allowed time to ferment and is hand rolled. The bagels are boiled, not steamed.

Zingerman’s bagels are dense and chewy and more deserving of the title “New York bagel” than most of the steroidal Frankenbagels available these days throughout Manhattan and certainly the new round-bread options on offer at Simit and Smith. And despite Brooklyn’s enthusiasm for all things artisanal, the most authentic bagels in the borough seem to be the bland, inexplicably popular Montreal bagels frequently on offer at places like the Mile End Deli. There is something wrong, when to get authentic New York bagels one has to smuggle them out of a Midwestern college town into the city of their birth.

If one recognizes the bagel as part of New York City’s cultural heritage, then we have made a terrible mistake in allowing the New York bagel to be cheapened and counterfeited throughout the city and the country. It is time to look abroad and to history for examples of how to redeem the integrity of the bagel.

Europeans are famously protective of their culinary heritage. In Germany, the Reinheitsgebot of 1516 remains in force, mandating that beer be made only with barley, water and hops, unlike, say, Budweiser, whose ingredients are adulterated with rice. In Italy, to earn the designation “Parmigiano-Reggiano,” cheese must be produced in the regions of Emilia-Romagna or Lombardi and inspected by a member of the official Conzorio after twelve months of aging.

Quality for these foods and many others is rigorously enforced, and the integrity of a name is legally protected. Mayor Bloomberg, you have already demonstrated your commitment to using legislation to improve New Yorkers’ culinary quality of life. Proposing official standards and certification for bagels is simply a logical extension of the policy priorities you have already embraced.

To be clear, I am not proposing a ban on puffy, fist-shaped bagels. No one will be frog-marched out of the 14th Street Dunkin Donuts, and no bakeries will be ticketed for “Failure to Boil.” Instead, I am urging the establishment of a certification process that could set the standards for what constitutes a “New York bagel.”

Thanks to Bagel Bakers Local 338, New York is already in possession of an authoritative Bagel Code. As New York culinary maven Ed Levine reported in his 2003 New York Times piece, Local 338 demanded that its membership produce bagels consisting only of high-gluten flour, malt syrup, salt, water and yeast. The bagels must be three ounces in weight (the average bagel these days is close to twice that big) and boiled for one minute before baking. I would add one further stipulation: to be legitimate, bagels must be limited to plain, poppy, sesame, egg and salt. There is no place for a chipotle-Asiago-raspberry-swirl on the shelves of a respectable bagelry.

In a bagel-friendly City of Tomorrow, authentic bagel makers would post and publicize their certification in much the same way they currently post health inspection grades or plaudits from food critics. A more robust law would prohibit bakeries that didn’t pass muster from referring to their products as “New York bagels” at all. Regardless of the legislation’s specifics, New York bagel makers should be rewarded for their integrity rather than encouraged to pander to the lowest crusty denominator.

So Mr. Bloomberg, on behalf of all New Yorkers and lovers of bagels, I entreat you to please save the bagel!

David Morrill Schlitt is a Ph.D. Candidate in American History at the University of Michigan

Save the New York Bagel!