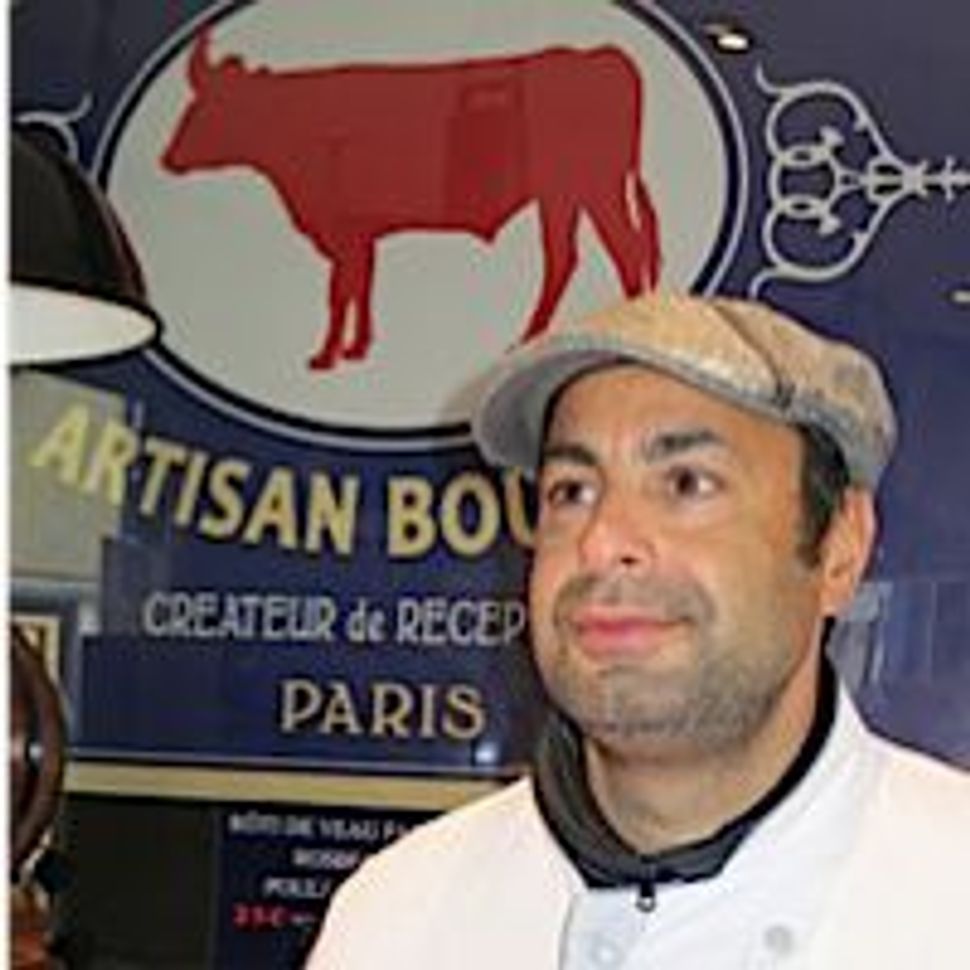 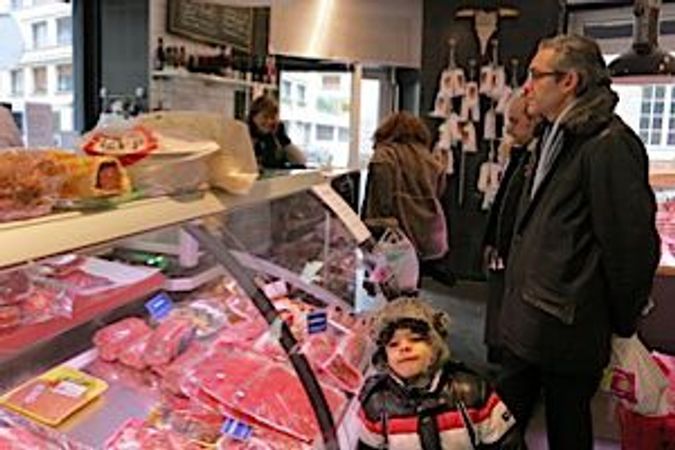 Located in the tony 17th Arrondissement, a ten minute walk from the Etoile, in a neighborhood both residential and commercial, Boucherie Levy stands next to a store selling Judaica. While France’s kosher authorities have certified more than two dozen delicatessen and butcher shops in Paris, this is perhaps the most beloved, and with good reason.

By New York deli standards (think Zabar’s), the corner shop is small but inviting thanks to large bay windows, a white tile floor and brightly lit display cases overflowing with fresh meat and take out preparations. Here, you’ll find an array of Jewish comfort food like pickled beef brisket and chopped chicken liver, together with traditional French specialties such as foie gras.

On one side of the shop, I noticed paper thin garnet slices of beef carpaccio for two (10 euros or about $12), on the other, a rosy chunk of braised veal labeled ‘veau à l’os’, that I thought could be mistaken for (God forbid)… ham. Next to that, was another of the shop’s exclusive specialties: foie gras speckled with candied fruit like apricot or figs. 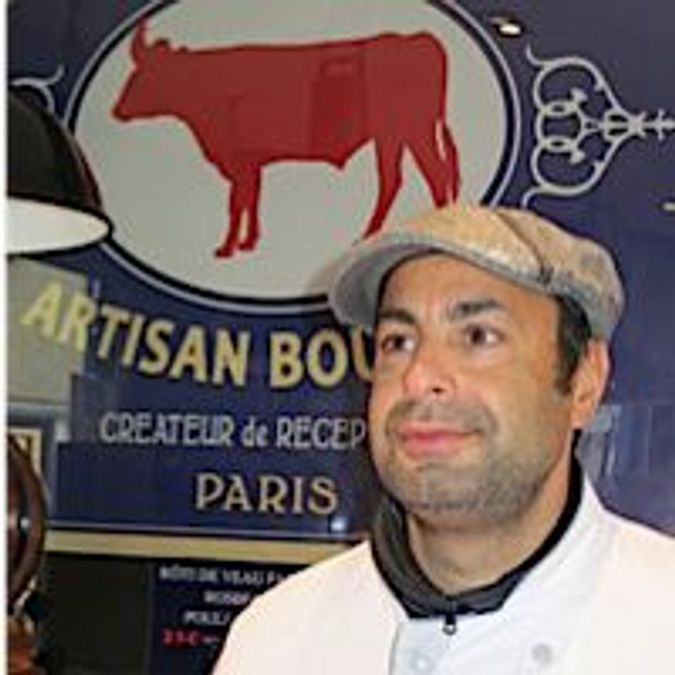 Foie gras, kosher? Despite its Jewish past, it’s often challenging to find kosher renditions. Imported from Hungary, the whole liver is ‘basic casher’, explained the owner Jerry Levy. In order to make sure all traces of blood have been eliminated, it gets covered with salt then scorched with a live flame. While the French consume foie gras mainly during end of year festivities, Levy offers it all year around, a delicacy is priced at about $100 a pound. Of course, individual slices can be indulged for much less…

On a recent Friday morning, Levy and his assistant were busy filling Shabbath dinner orders as customers patiently waited while exchanging a few words with Carole, the cashier and the boss’ elegant wife. Meanwhile, employees ran in and out of the ‘lab’, a back store kitchen where fresh take out dishes are prepared.

Creativity and craft propelled Levy into the trade early on. “My best and only teacher [was] my father,” he said. The elder Levy landed in France with the wave of settlers –Jews and other ‘pieds noirs’ — evicted from North Africa starting in 1957. He opened a shop in Vincennes, on the south eastern edge of Paris where he and his son built a loyal customer base for more than two decades. Many of those patrons followed when Jerry, now 48, moved to his new location in 2004.

Jean-Pierre Dahan is one of them. He and his kippa-wearing son were greeted with hugs and kisses on both cheeks by Jerry and Carole. Dahan has been driving in from the suburbs to shop at the boucherie once or twice a month for twenty years. “This is the best kosher shop in Paris. Everything is fresh. I don’t care how much I spend. I buy whatever appeals to me,” he declared with a satisfied grin before walking out with bulging bags.

American expats have also discovered Levy’s specialties. Last Thanksgiving, he sold some 60 turkeys with all the traditional trimmings: “I’m the only shop in Paris selling ready-to-eat kosher turkeys,” he declared in front of a young woman hailing from Texas. She had purchased one of those birds and vouched it was the best she’d tasted.

And in July when Madonna decided to entertain a close group of friends at the select Hotel Crillon on Place de la Concorde, guess whom she called to provide catering. “There were fewer than 20 people but she ordered food for a small army,” remembers Levy with a smile.

When did Levy become Jerry? “My parents loved Jerry Lewis’ films, it made them laugh, that’s how I got my name.” And did Jerry ever dream of going into another profession? “When I happened to mention that, as a youngster, I wanted to become a veterinarian, Maurice, my 11-year-old son, quipped that now, instead of curing animals, I turn them into food.”