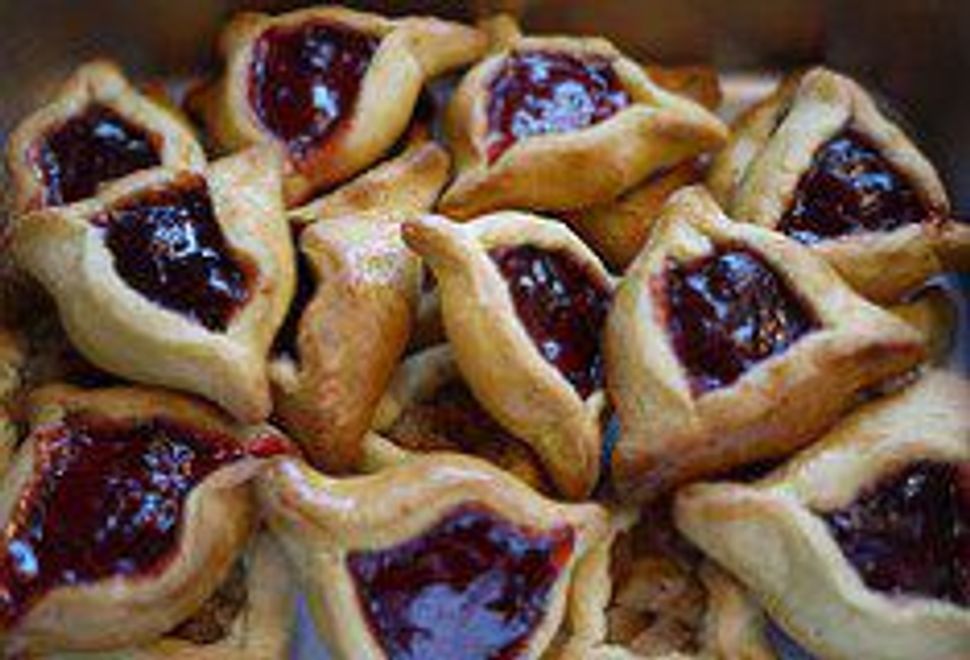 In the fall of 2008, we re-launched the food bank at my synagogue, Valley Beth Shalom. The economy had started to crash, and the synagogue responded, in part, by reinvesting in this project to help San Fernando Valley residents who needed a hand. Little did I know that within a few weeks, our little food bank would grow to reach hundreds of families a month–including members of my own community. During the Great Recession and subsequent (albeit slow) recovery, I spoke with congregants who told me their stories: Before the recession, they were successful in business and had “done everything right,” but the bank later took their home. They needed a little extra food each month to bridge the gap between their paycheck and bills.

It’s times of social and economic upheaval when we recognize our own vulnerability, despite our hard work and planning. One day we have it all, and the next–perhaps, nothing.

For our children, Purim is the silliest day of the Jewish year. In fact, it also celebrates life’s unpredictability. The Book of Esther, for example, showcases sudden reversals of fortune: At one moment, the Jewish community faces annihilation by genocide, and the next—the King of Persia executes our would-be killers. Or in the words of the Megillah, our lives were “turned inside out from sorrow to joy, and from mourning to a day of celebration.” (Esther 9:22)

In the Talmud, the rabbis dub Yom Kippur “Yom Ki’Purim, A Day like Purim.” Why? On Yom Kippur, we atone by fasting and praying. It is a day full of awe and grace, punctuated by the recitation of the haunting Unetanetokef–“Who will live, and who will die, who will become rich and who will be impoverished.” The prayer teaches that we do not have control over our destiny that no matter how we try to bulwark our lives against luck, at the center is an unstable core. Our lives are capricious by nature, “floating,” as the prayer says, “like grass in the air.”

This truth is echoed on Purim in a different key: If Yom Kippur is somber in tone, like a requiem, Purim is farcical, like the music of a carousel.

According to the philosopher Martha Nussbaum, the idea goodness in life is fragile, open to luck and chance at any moment. Where on Yom Kippur, the religious response to life’s inherent instability is to transcend this world through abstinence, . Oon Purim, Jews respond by celebrating the unpredictable—and absurd—by indulging in the grist of life through feasting, drinking and masquerade.

Purim boasts three separate commandments related to food: We must host a seuda, a feast of joy and celebration (Esther 9:22)—where we should “mellow ourselves” until we cannot tell the difference between the cursed Haman and the blessed Mordechai. (Shulchan Aruch Orach Hayim 695:2) We dance with the instability, recognizing the blessings and curses in each of us. We wear costumes to flaunt a different part of ourselves, casting off inhibitions. We show that life itself is a masquerade, where social fortune is merely a costume, draped over the human condition.

There’s more to this festival than “eat, drink and be merry,” however. Our rabbis teach that feasting is not enough. We must spread goodness in the world, no matter how fragile. Thus the commandment to prepare mishloach manot, gifts of food to one another, and matanot l’evionim, or charitable gifts to the poor. (Esther 9:22) For the latter, we must give freely: “No one should take any precautions with handing out gifts. Anyone who puts their hand out, rich, poor, Jew, Gentile, may take of this gift.” (Shulchan Aruch Orach Hayim 694:3) We know that those who give food away today may need food tomorrow.

As much as we like to think so, we cannot control every aspect of life. On Purim, we feast and send gifts of food to one another–in order to spread goodness. We choose life over fear, giving freely to our neighbors. For on this day, we glimpse a different world where there is no difference between rich and poor, strong and weak, blessed and cursed.

Rabbi Noah Zvi Farkas of Valley Beth Shalom in Encino is the founder and president of Netiya, an L.A.-based network of Jewish organizations focused on food education for environmental and social justice. He can be reached at [email protected], and @RabbiNoah on Twitter