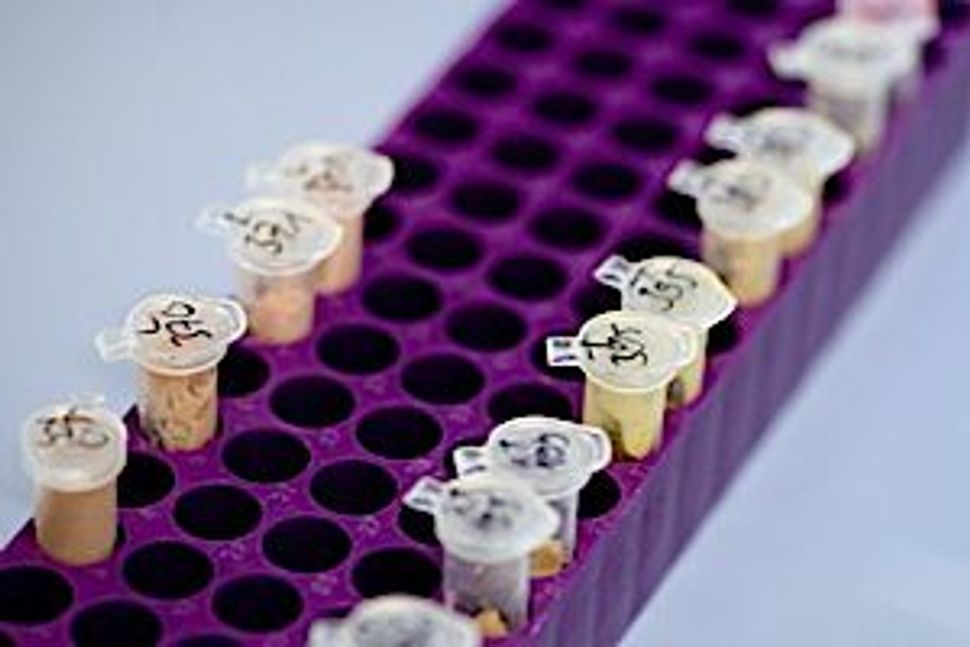 The recent discovery of horsemeat in products sold as beef in the UK has shocked many British consumers, turning them away from their local butcher counters, fast food restaurants and ready-meals.

While the situation is alarming for the larger meat industry, kosher meat purveyors in Europe are thriving as consumers — Jewish and non — turn to them as “guaranteed safe sources,” reports The Jewish Chronicle.

“The level of supervision which exists in all kosher establishments — either retail or otherwise — ensures that any ingredient or meat meets our requirements,” Rabbi Yehuda Brodie, administrator at the Manchester Beth Din, told the Chronicle. “There would be no way whatsoever that anything could find its way into a kosher product which is not perfectly acceptable,” he added.

For Jewish consumers in the UK, this means returning to the kosher vendors they might have strayed from due to high prices, says the Chronicle.

Sue Fishkoff, author of the book “Kosher Nation”, said that the reaction to the horsemeat scandal indicates a shifting European mentality in regards to kosher food.

“For a long time in the US the American public has thought of kosher food as safer and healthier than non-kosher food. It looks as if that perception has now transferred to Europe,” she said.

“In the US a kosher label is a mark of quality, in Europe, kosher food still carries the Jewish taint. Maybe it’s taken this scandal for that to change,” she added, stating that she wouldn’t be at all surprised if non-Jews start turning to kosher meat vendors in the weeks to come.

The recent online poll of 2,200 adults in the UK by the research company Consumer Intelligence found that a fifth of adults said they had started buying less meat since the scandal and 65% of consumers trust food labels less now than they did before the news.

“Our findings show that this scandal has really hit consumers hard, be it through having to change their shopping habits or altering the fundamentals of their diet,” David Black, a spokesman for Consumer Intelligence, said.

“[Brands] will have to put in place really stringent ways of checking that what’s being delivered and what’s on the label is indeed what’s in there,” Black said.

In the month since horsemeat was first identified in Irish beef burgers, no one has reported to have fallen ill from eating horse but many supermarkets and fast food chains are already struggling to save their reputations.

Governments across Europe have stressed that horsemeat poses little or no health risk, although some carcasses have been found tainted with a painkiller given to racehorses that is banned for human consumption.

France said on Sunday that managers at French firm Spanghero were responsible for passing off horsemeat as beef, while Britain said it would investigate claims that warnings about horsemeat entering the food chain were raised in 2011 but ignored.

This situation raises concerns over food labeling and the complex supply chain across the European Union, putting pressure on governments to explain lapses in quality control.

Late to the horsemeat scandal? Jon Stewart explains the finer details on “The Daily Show.”