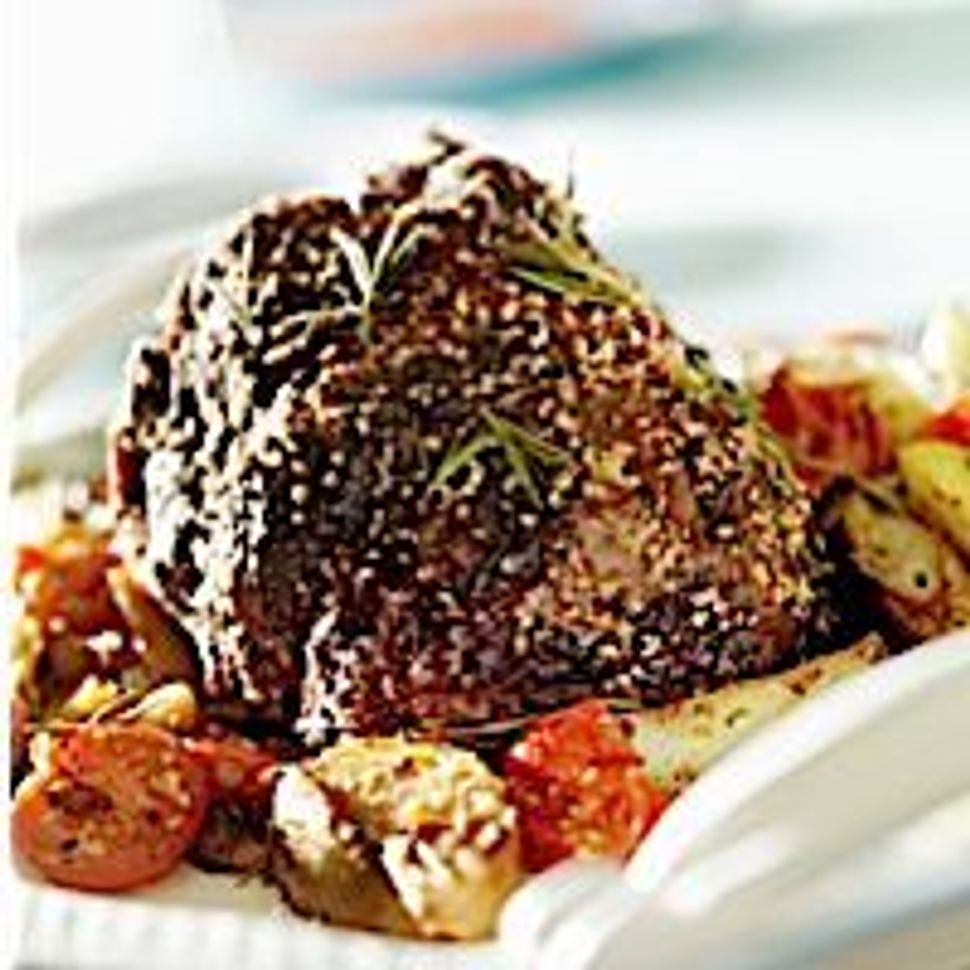 My late grandparents lived in a small city on the Canadian prairie when I was little. With no butcher anywhere close by, my grandfather took it upon himself to purchase kosher meat for the entire community. He would have the meat the meat flown in from Montreal, which was thousands of miles away. And, when the order finally arrived, he would divide up the meat and personally deliver it to the various households.

Things are different today. My grandfather would be startled by news of a kosher meat delivery service called The Kosher Express, which delivers kosher meat ordered online to your doorstep anywhere in North America.

The Aurora, Colorado-based company, which sells kosher certified beef, lamb, veal, chicken, turkey and even bison by mail order, was launched in 2010 by Robert Bernton, who was only 23 years old at the time. All of the products are certified glatt kosher by the Orthodox Union and are frozen fresh for shipping — first to The Kosher Express warehouse in Missouri, and then from there to customers’ homes and businesses (many deliveries go to hotels and vacation destinations, including one that went to Disneyland).

The Kosher Express is not the only company to sell kosher meat online. But Bernton believes his company stands out from the rest in that it has found the sweet spot where high quality and affordable price meet. “There are a few online kosher companies that focus only on meat, and some of them offer only the costly organic variety,” Bernton said. “Our niche is one of high quality meat that is at the same time not extremely expensive.”

Interestingly, it’s not just Jews in remote locations who are taking advantage of this ability to order kosher meat with the click of a button. “We ship to all 50 states and Canada, and our top markets include New York, Florida, Maryland, California and Illinois,” said Bernton. “Our customers in the larger Jewish cities like our quality and variety. We are currently one of the only sources of kosher bison, and our quality can compete with not only kosher meat companies, but also non-kosher ones.”

Bernton, who grew up in Denver, started keeping kosher at age 16 after visiting Israel. While a freshman at Emory University, he was active in Hillel and started a kosher meal plan. “I really care about the kosher community,” Bernton said. He admitted that starting a company when he was so young had it challenges, but he said that most people were very respectful and helpful as he got The Kosher Express up and running. It turned out that some of the people he dealt with on the supply side were as young as he was.

“When I first started the company, I was getting four hours of sleep a night,” he recalled. “It was brutal, but very rewarding.” There were a lot of challenges at first, including figuring out how to ship meat successfully by ground. “We worked with consultants and did research on the right way to use dry ice to keep the meat frozen long enough.”

The company has its own house brand, “Sagebrush Natural,” which is 100% All Natural Choice Angus Beef. It is hormone-free, antibiotic-free and produced in the U.S.A. “Our animals are raised on nutrient-rich grass in the Midwestern plains, and then hand-selected by our ranchers to be used for our Sagebrush Natural brand. Only the healthiest animals are chosen,” the company’s website states. Not all of the brands that The Kosher Express deals with quite reach these standards, though some come close, according to details provided by the company.

The Kosher Express also has a “Tzedek Express” affiliate program that day schools, synagogues and Jewish non-profit organizations can join. Once a customer uses a promotional code and creates an account with The Kosher Express, the company automatically contributes a portion of that customer’s continued purchases to their organization.

According to Bernton, his bestselling items are brisket, ground beef, bison ground beef, rib-eye steaks (both beef and bison), and chicken cutlets. Bernton himself loves to cook a prime rib bone-in roast and has “gotten cooking brisket down to a science.” He makes a “Southwestern Barbeque” brisket—here is the recipe:

2) Place to long pieces of aluminum foil across on the bottom of the cooking pan perpendicular to each other. You will wrap the brisket afterward so make sure it is long enough to cover completely.

3) Slice the Onions into thin pieces and place them with some carrots and olive oil on top of the aluminum foil in the bottom of the cooking pan. Make sure the bottom is completely covered with the vegetables.

4) Then place the 5 Lb brisket in the pan with the fat part on bottom.

7) Pour about half of the sauce on the back side of the brisket (covering the brisket completely) and flip over.

9) Place the cut up garlic cloves on top of the spice on the brisket..

10) Pour the remainder of the sauce over the brisket. Distribute evenly over the whole brisket.

11) Place remaining baby carrots & sliced onions on top of and on the side of the brisket. Try to ensure that the brisket does not touch the aluminum foil directly.

13) Place open brisket pot in the oven for 30 minutes.

14) Take out at 30 minutes, and fold over the aluminum foil, and place a large piece of aluminum foil over the top of the entire cooking pan (or cover with a lid). Make sure it is tightly wrapped. PLEASE USE OVEN MITS FOR THIS STEP!

16) Test with fork to see if done. If the fork goes in and out of the brisket easily it is done. If not, keep cooking!