A Consumer’s Right To Know: Business Ethics, Halakhah and GMOs 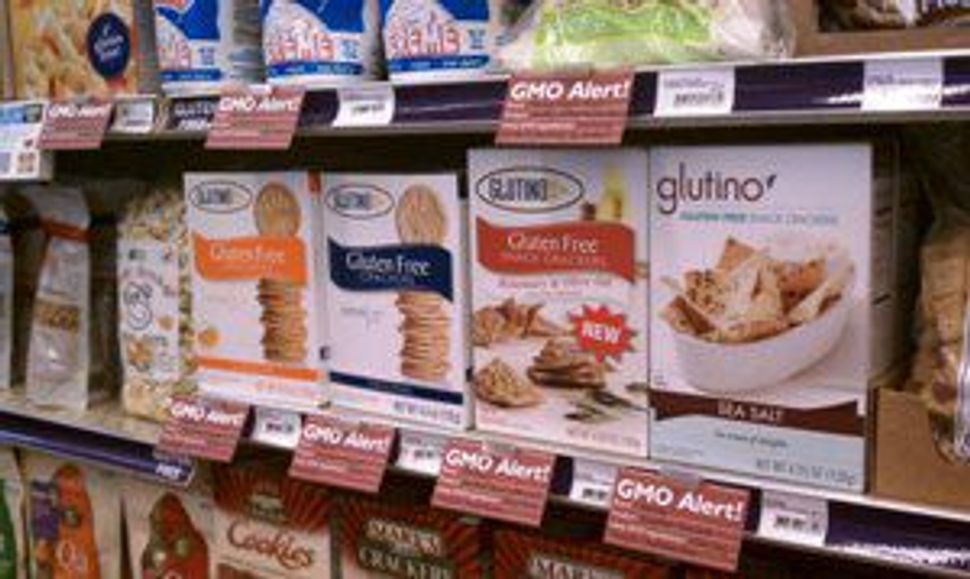 Meanwhile, the Maine State Legislature has also taken on the issue of mandating GMO foods in the marketplace with striking tri-partisan support, believing that labeling is in everyone’s best interest — from the consumer to the farmer, from the producers to the manufacturers.

Even though over 50% of Americans believe GMOs to be potentially unsafe and a striking 93% believe that food products containing GMOs should have federally mandated labeling, most states and our federal government have not been ambivalent or opposed to mandated labeling. Considering there are so few matters on which Americans are so unified in opinion, it should cause us to wonder why this matter is not only up for debate, but is not already decided. In seeking to understand the relevancy of the issue of labeling foods in halakhah (Jewish law), it would seem based on this information that a good place to start would be g’neivat da’at – literally, “theft of consciousness,” and in practice prohibits offering misleading information in business practices and personal relations.

In the Shulhan Arukh, an authoritative code of Jewish law written by Rav Yosef Karo in the 16th century, we learn: “It is forbidden to deceive a person in purchasing or selling, or engage in g’neivat da’at, for example: if there is some type of deficiency in the purchase, this information needs to be provided to the purchaser. Even if the customer is a non-Jew one could not, for example, sell non-kosher meat under the premise that it has had kosher slaughter.” (Hoshen Mishpat 228:6)

A very limited application of this law would seem to only apply to GMO foods if, in fact, there is something unsafe in their consumption and they are marketed as safe. What is interesting is that despite claims from Monsanto and other biotech corporations to the contrary, around half of American consumers believe GMOs to be potentially unsafe. Furthermore because of misleading labeling such as “natural,” or “no artificial ingredients,” many people mistakenly presume that products with these labels might not contain GMOs, however this is not the case. Only food products labeled as being free of GMOs or Organic are sure to have no ingredients containing GMOs.

Many, perhaps most, processed food products that are mainly ingredients that most people would recognize as natural will contain products such as soy lecithin, xylitol, beet sugar, “enzymes” or vegetable oil, and as these products are derived from the most prevalent GMOs grown worldwide, we can presume safely presume that these products contain GMOs. It is also written in the Shulhan Arukh: “One may not mix small amounts of subpar produce with quality produce and sell it under the presumption that it is a quality product, even if one mixes from grain the new harvest with grain from the old harvest, and it need not be stated one may certainly not mix grain from the new harvest with grain from the old harvest or vice-versa, even if the older grain is actually nicer than the newer grain and the purchaser actually desires the old grain.” (Hoshen Mishpat 228:10)

Again, while a limited application of this law only seems to relate to GMOs if GMOs are actually “subpar” ingredients, the opinion of most American consumers is that they are unsafe, and even if they are safe should still be labeled. Therefore, it would constitute g’neivat da’at to label a product as “natural” if most people presume foods with GMOs may not be deserving of that label.

One of the primary motivations of the challenges to mandatory GMO labeling is that the consumer is less likely to purchase a food product that government regulating agencies and the corporations that produce them have deemed safe. Therefore, we must also consider that mandated GMO labeling may constitute g’neivat da’at if the claims of corporations like Monsanto and agencies like the FDA are valid and accurate and GMOs are, in fact, safe for consumption.

Halakhah does not necessarily require labeling of GMO foods on the grounds of g’neivat da’at, and one might even see how labeling itself could potentially constitute g’neivat da’at. It would seem that a balanced approach, either in a halakhic context or in terms of civic society, would incorporate both public perception and legitimate science. Therefore, even if GMOs are deemed safe by regulatory agencies and the corporations that produce them, GMO labeling should still be mandated just as we mandate labeling of health information or ingredients. In any event, g’neivat da’at and its relevance to contemporary business ethics and practices provides an interesting springboard for a deeper conversation on the prevalence of GMOs in our food system and a consumer’s right to know what they are purchasing.

Justin Goldstein is the rabbi at [Congregation Beth Israel(https://sites.google.com/site/congregationbethisraelbangor/rabbi) in Bangor, ME. Ordained in 2011 by the Ziegler School of Rabbinic Studies at the American Jewish University in Los Angeles, Rabbi Goldstein has been regularly teaching on Judaism, food justice and sustainability for many years. Justin is also a volunteer board member for Maine Interfaith Power and Light and is a 2012-2013 fellow with Rabbis Without Borders. Find Rabbi Justin Goldstein on Facebook.

A Consumer’s Right To Know: Business Ethics, Halakhah and GMOs