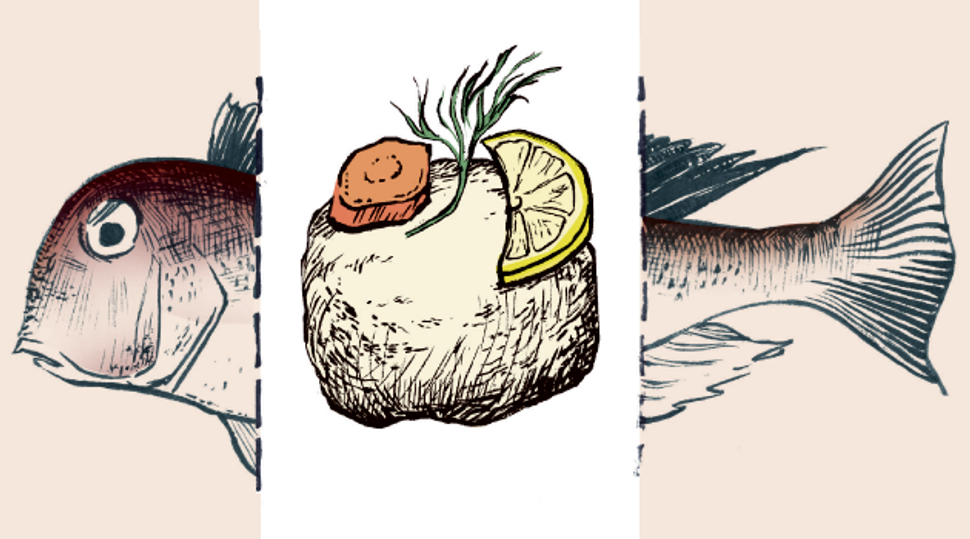 Occupying a prominent place in the dustbin of Jewish history is the Pittsburgh Platform of 1885, the founding document of Reform Judaism — the one that abolished the kosher laws, kippot, tallitot and bar mitzvahs, and renounced Zionism.

The reaction against the Pittsburgh Platform was fierce and immediate — the nearly instantaneous founding of Conservative Judaism was a direct result — and by the late 20th century, even the Reform movement had formally abandoned it. But the Pittsburgh Platform was very popular in its day among the German Jews of the Deep South, and it was the controlling doctrine of my own Jewish childhood, at Temple Sinai in New Orleans.

Therefore I have none of the Jewish food memories that I would guess just about all readers of the Forward have. When I left home to go to college in the Northeast, I had no idea lox and bagels existed, let alone tzimmes, kugel, latkes, rugelach or cholent. It became immediately clear to me that the Eastern European Jewish tradition that came to America mainly during the Great Immigration from 1880 to 1920 had triumphed over my own.

This meant that to live any kind of Jewish life, I would have to familiarize myself with a whole range of religious, cultural and political touchstones that were absent from the world where I grew up.

That’s what I have been doing for decades now, step by step. At some point in the process, I began frequently cooking for Jewish occasions — Shabbat dinners, Seders, meals in the sukkah and so on. But I’ve clung to some remnant of my differentness by cooking Sephardic food more often than Ashkenazic (thank you, Claudia Roden).

I have also invented my own improvements on some of the standard Jewish food items that, if you never encountered them until deep into adulthood, don’t have quite the charm that they have if you grew up with them and they invoke the warmth and love of childhood’s golden moments.

High on this list is gefilte fish — the kind that comes in a jar and tastes more of gelatin and salt than of fish, but that most of my friends still unaccountably revere. I don’t. So here’s what I call Gefilte Fish With a Human Face:

Start with a pound of fish fillet. It can be hard to find the classics, carp and pike, in New York fish markets; I like tilefish as a substitute. Cut the fillet into one-inch chunks, put them in a food processor with a raw egg and pulse minimally until the fish takes on a shredded, rather than completely smooth, consistency.

Mix well with your hands. Then add either dried bread crumbs or, if it’s Pesach, matzo meal, a couple of tablespoons at a time, thoroughly blending with the fish by hand after each addition. You’re trying to achieve a consistency thick enough that the mixture can hold a shape. The more crumbs you use, the easier it is to cook, but the less you use, the better the flavor will be. Shoot for about a third to a half cup of crumbs.

Turn the mixture out onto a cutting board and shape it into a tight, compact loaf, using your hands. The result should look like a small football, with flattened top, bottom and ends. In a saucepan, heat three tablespoons of olive oil over a medium-high flame. When the oil is hot, slip in the fish loaf. Let it brown thoroughly on one side, then turn it (carefully, so it doesn’t break apart) with a spatula and brown it on the other side.

When the fish is just cooked through (about 20 to 25 minutes), remove it to a plate and let it cool to room temperature. At mealtime, cut the loaf into three-quarter-inch slices and serve each on a plate, with some of the cooking juices poured over it.

Nicholas Lemann is dean of the Graduate School of Journalism at Columbia University, and a staff writer at The New Yorker.