Making a Passover Tradition of Your Own 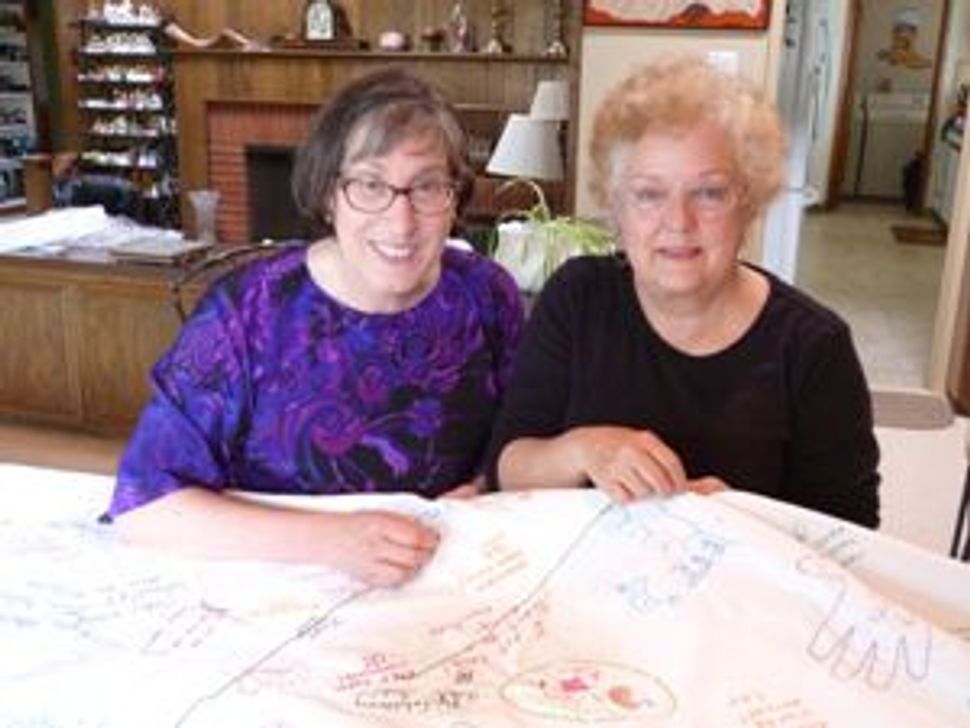 From left to right above: Karen Fink and Jeannette Hartman Image by David Levinson

Tradition! No holiday says it louder than Passover. But what do you do when you don’t have the traditional household and extended family to celebrate with?

That was the challenge my friend Karen Fink and I faced in 1996.

Her Reform parents had been the family seder-makers, but they were getting tired. She leaned toward Conservative Judaism. Her two sisters married, had children and had their own Passover observances. Karen took on seder-making to assure having the rituals she loved.

As a Jew by choice, I often call myself a Jew with amnesia. Without a Jewish childhood, I have no memories or family traditions to inspire holiday celebrations. The first seder I hosted was a spiritual and social disaster. I raced from stove to table juggling ritual and food preparation while two of my three guests developed an intense dislike of each other. After Nirtzah (conclusion of the seder), my guests fled to liberation; I took the measure of Mitzrayim (Egypt). Neither Karen nor I wanted to be wandering seder guests, so we decided to co-host a seder. Her parents provide the dining room and chairs, rent wine glasses and do the set up. Karen and I cook, run the seder, provide all needed props and clean up.

In the end, it isn’t the menu or the table settings or what haggadah you use that make a great seder. It’s the synergy between what the hosts provide and what every guest brings of him or herself to the seder.

A seder is theater. When you turn the first page of the haggadah, magic begins to happen. Making the space for that to happen is the foundation of a great Passover tradition.

A former newspaper reporter, Jeannette Hartman is a marketing and web consultant, a health writer and the creator of two blogs, FidoConfidential and BackyardTouristLA. She works a shared garden with two friends and loves to cook.

Making a Passover Tradition of Your Own