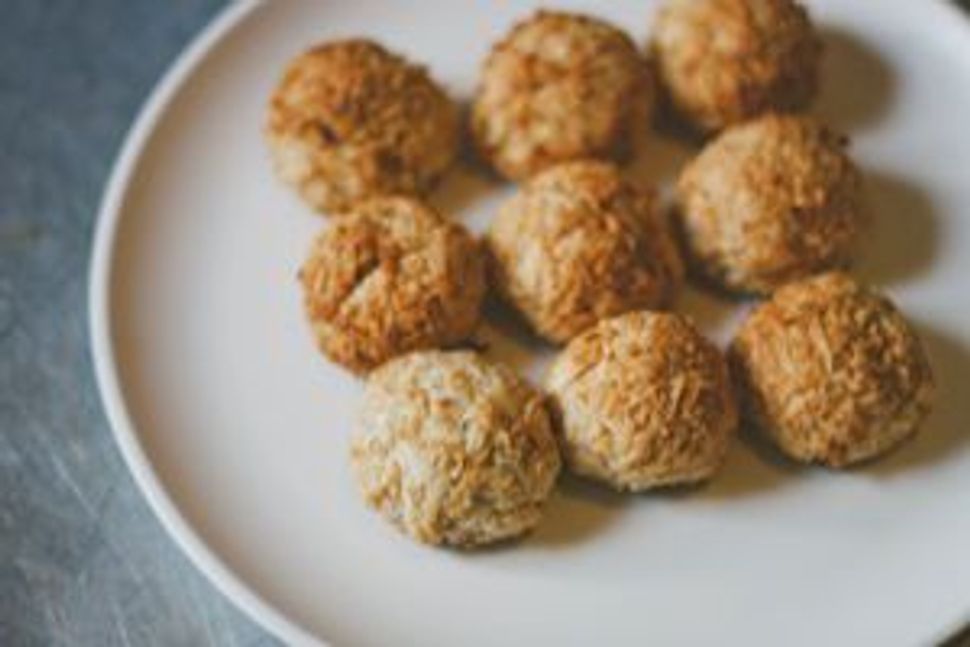 Danny Cohen doesn’t care much for sweets, but you would never guess it after tasting his big, chewy macaroons. The visual-artist-turned-macaroon-master started Danny Macaroons in 2010 and currently vends a variety of wacky flavors like bourbon and guava through coffee shops and flea markets around New York and Chicago. In this slideshow, Danny demonstrates how to make rice pudding macaroons, a flavor he invented for his book, which is due out October 1.

1) Preheat the oven to 350F with a rack in the center of the oven. Line a baking sheet with parchment.

2) Blend condensed milk, rice, vanilla, cinnamon and nutmeg until smooth. Transfer to a large bowl and mix in coconut.

3) Add egg whites and salt to the bowl of a stand mixer and whip on medium-high until the whites form very stiff peaks.

4) Gently fold the egg whites into the coconut mixture.

5) Form the mixture into balls approximately 1.5 inches in diameter and place them on the baking sheet about an inch apart.

6) Bake for 25 minutes or until evenly golden.

7) Transfer the macaroons to the cooling rack to cool completely.