Where To Eat That’s Kosher? There’s an App for That 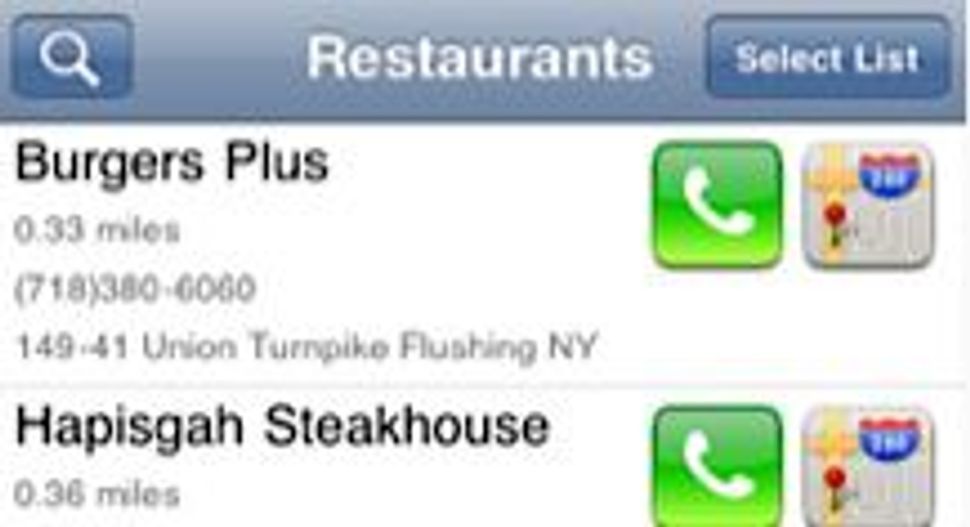 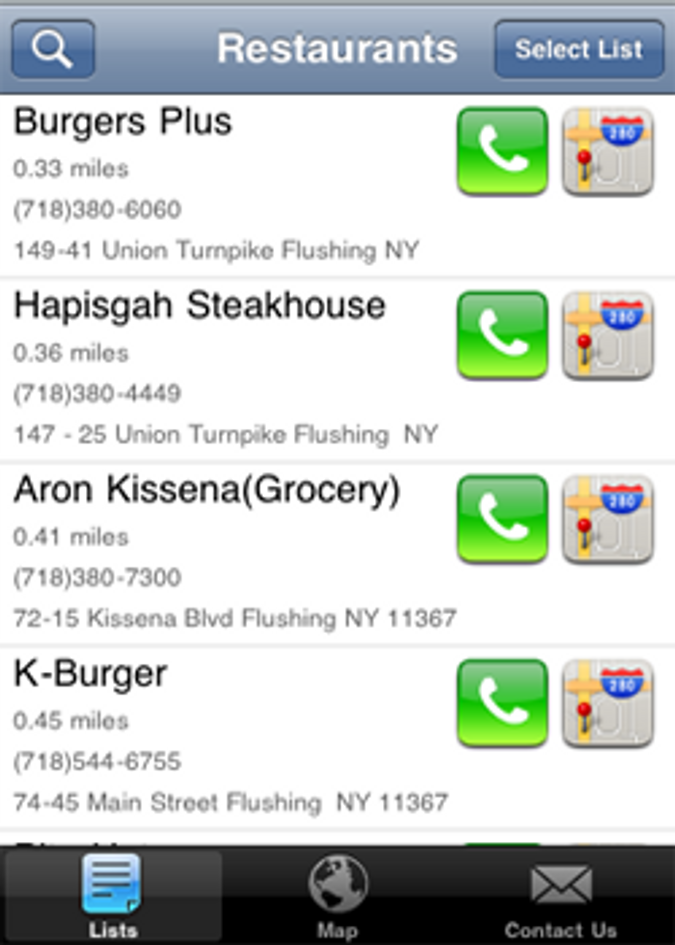 Parked outside W. 36th St. kosher hangout Jerusalem Café, the software developer noticed his car’s navigation system didn’t recognize the restaurant existed. Worse, he learned, “even if you used a GPS hardware device under the ‘kosher’ setting, not all the places listed were indeed kosher,” he told the Forward in an e-mail. “So I set out to create my own database of reliable kosher places and an app for iPhones and Android devices.”

The result, KosherRestaurantsGPS, has been downloaded more than 60,000 times since its January launch, Katz says. The app, available free from iTunes and the Android Google Play store, includes more than 1,300 locations “with strict kosher certification,” Katz says.

“I work with different rabbis who are in the kashrut business, and they’ve given me a list of those hashgacha [kosher certifications] considered reliable to 95% of the Orthodox community. I consult with them frequently,” Katz said. “But I also tell my users to check the website or call the establishment and confirm the hashgacha because they may have changed and I have not been informed yet, or there’s that 5% chance you don’t hold by a particular hashgacha.”

Considering the size of the kosher market, it’s surprising that just one other player has emerged in the kosher-GPS space. New Jersey marketing firm Lubicom estimates the value of the US kosher market at more than $12 billion. Nyack-based web development company RustyBrick has released a kosher-restaurant locator along with a range of Jewish-themed app. But RustyBrick’s apps work with iPhones only, and its database is licensed from Shamash, a Jewish aggregator site.

In the year 2013, with kosher growing ever more mainstream, is it still that difficult to track down a kosher restaurant? “It’s a challenge, and a time-waster to [do] research every time you go somewhere and then to research if it’s kosher enough for your standards,” Katz contends. The app also offers a database of kosher restaurants searchable by zip code.

The further away you get from large cities — and heavily Jewish states like New York, Florida, and California — the harder it gets to track down kosher resources, Katz says. “If there’s an area that has nothing, I’ll list a Walmart.”

Where To Eat That’s Kosher? There’s an App for That