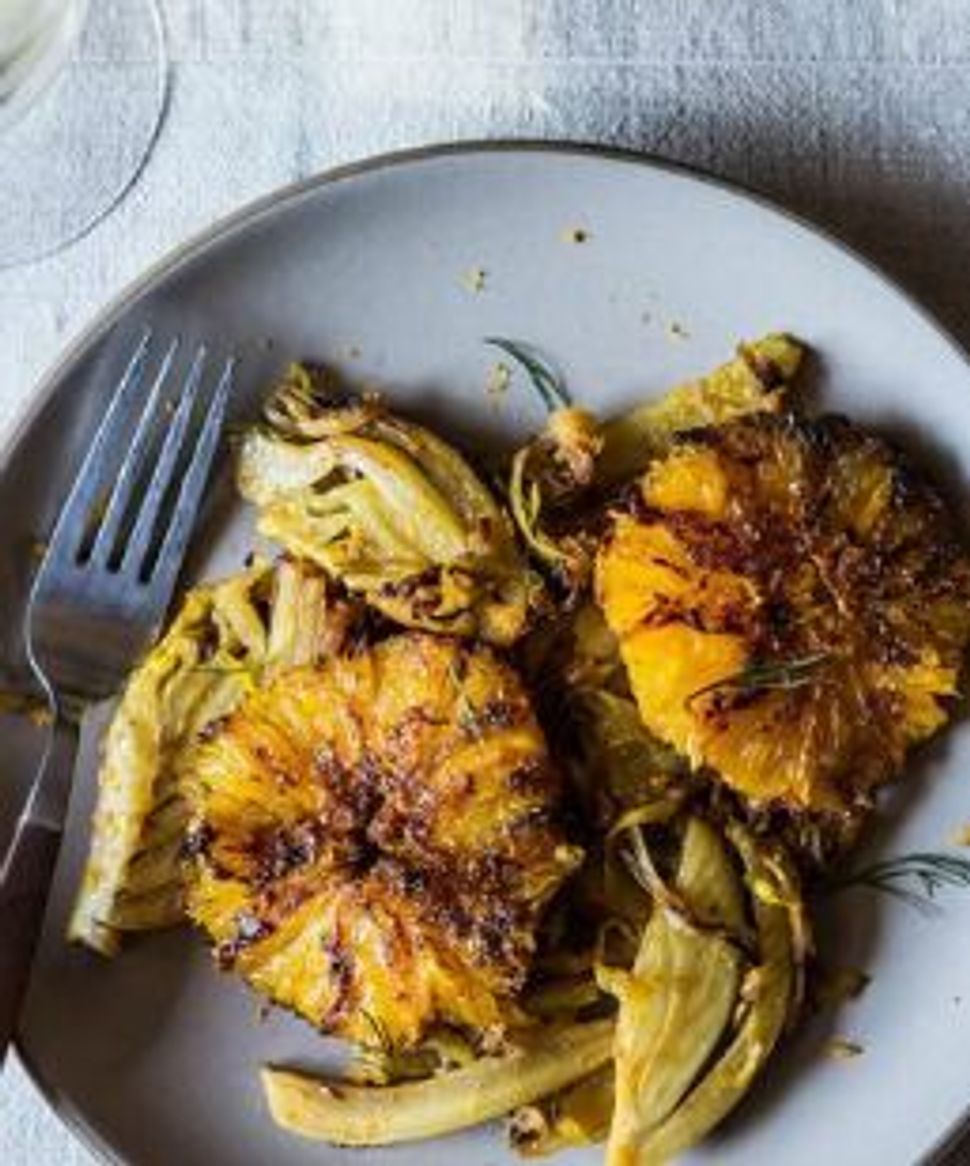 Image by courtesy of food52

Though spring officially started more than two weeks ago, it’s been a little slow coming, despite a furtive but memorable appearance this week. Celebrate the arrival of warmer weather with a caramelized fennel, leek and orange salad. Food 52

This dish of peas with baked ricotta and breadcrumbs is the perfect crossover. Sufficiently warm for those brisk days when spring hasn’t yet quite made it, but fresh enough to remind you it’s on its way. Serious Eats

As has been noted, it’s a little soon, but you can start dreaming about those outdoor summer dinner parties with these three entertaining tips from Tel Aviv. The Kitchn

Does buying a whole chicken feel like a daunting task? Face your fears head on with a tutorial video on how to cut a whole bird yourself, simply and without hassle. NYTimes Dining

Chef Michael Solomonov of Philadelphia’s Zahav made a short but memorable appearance at Momufuku Sssam Bar on April 10. 30-40 people lucky enough to score a reservation were treated to dishes that ranged from small spicy salads, homemade hummus, and slow roasted lamb shoulder, coated with pomegranates. The Food Doc

Also from Philly, lessons on how to embrace the power of schmaltz. Philly.com

Will 2013 be the year of food journals as Bon Appetit predicted? It seems so! Discover 12 new glossy journals that aren’t Lucky Peach. Grub Street

Who should you be reading before eating? On April 9, The International Association of Culinary Professionals named the best in food writing, photography, design, and journalism over the last year. Among the winners was Jerusalem: A Cookbook by Yotam Ottolenghi and Sami Tamimi, which took home Cookbook of the Year. Eater