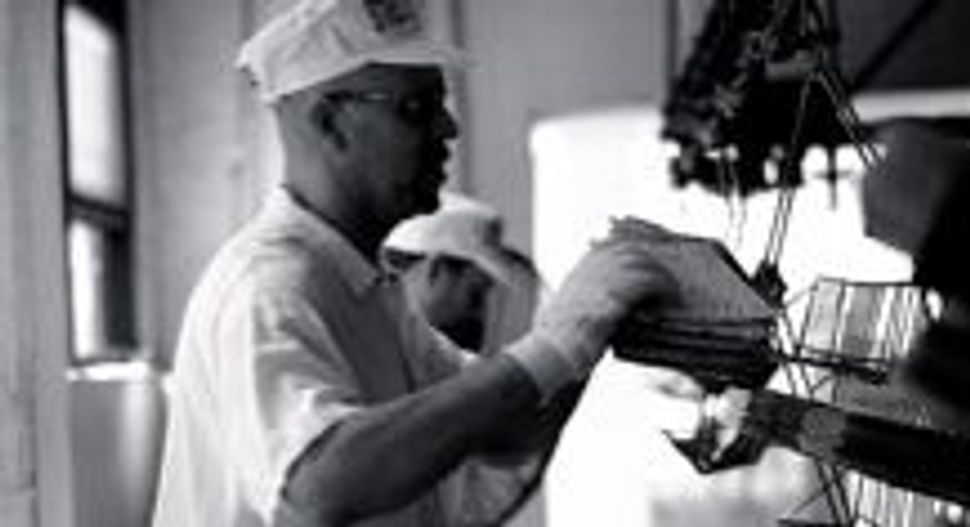 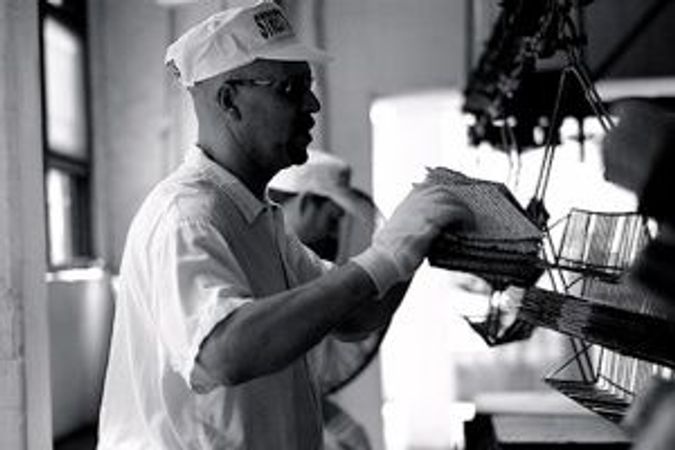 The iconic Streit’s Matzo company is getting a documentary, and the film promises to look anything but flat.

Streit’s, which opened its doors in 1925 on the Lower East Side of Manhattan is in its fifth generation, still using their original machinery to bake and pack matzo today. It’s the last family-operated matzo factory in the country — and they take their bread of affliction seriously.

“You’re not going to paint a picture that has no meaning and that’s how we make matzo here — it’s like art…Best job in the world,” says longtime Streit’s employeee Anthony Sapada in a thick New York Italian accent in a preview of the film (see below).

Filmmaker Michael Levine and producer Michael Green are hoping to tackle the story of Streit’s through a full-length movie, collecting memories of the factory from workers and enthusiasts alike. The team has launched a Kickstarter campaign, hoping to raise $60,000 to make “Streit’s: Matzo and the American Dream,” a look inside the factory’s near-century of operation.

Levine hopes to use Streit’s to paint a picture of the ever-changing Lower East Side, and as a microcosm of the evolving Jewish community around it, but it’s not just the usual New York real estate turmoil.

“You could argue that it would be a more dramatic story of they were, like so many other businesses before them, being forced from the neighborhood,” Levine told the Forward. “But I honestly think it’s more compelling, and perhaps can have more of a positive impact, to tell the story of a business that has steadfastly refused to leave, to modernize their equipment at the expense of their workers’ jobs.”

“We’re the last of the Mohicans that are still left down here” says Streits’ owner Aron Yagoda, the great-grandson of founder Aron Streit.

Green stumbled across the story and was “stunned that it had never really told.” But what really impressed him was the company’s devotion to its workers and customers. “It’s amazing,” Levine said. “They get a single complaint about a product and they’re immediately adjusting the ovens, trying to understand what caused the problem.”

But it’s not unleavened bread alone that makes Streit’s such a unique place, Levine argues. “For many people, it’s a history that mirrors their own family: Jewish immigrants to the Lower East Side, working a family business and doing their best to keep their traditions alive,” Levine remarked. “Matzo, and so much of Jewish tradition is about a connection to the past, and there’s nothing that does that more than knowing the matzo you’re eating is coming from the same place, the same ovens, the same family, that fed your grandparents, your great-grandparents.”

Taking a page from Streit’s own community connections, Levine turned to Kickstarter for funding to connect the film with an audience “that is equally passionate about seeing a project made and to actually be involved in the process.”

Levine admits that the Kickstarter model is a bit nerve-wracking — either he gets the entirety of the backing he needs or nothing — but thinks that the grassroots aspect of the campaign is worth it. After all, it can only give the story of Streit’s a higher profile, Levine said. “Spreading the word is the most important thing.”