The Healing Power of What We Cook 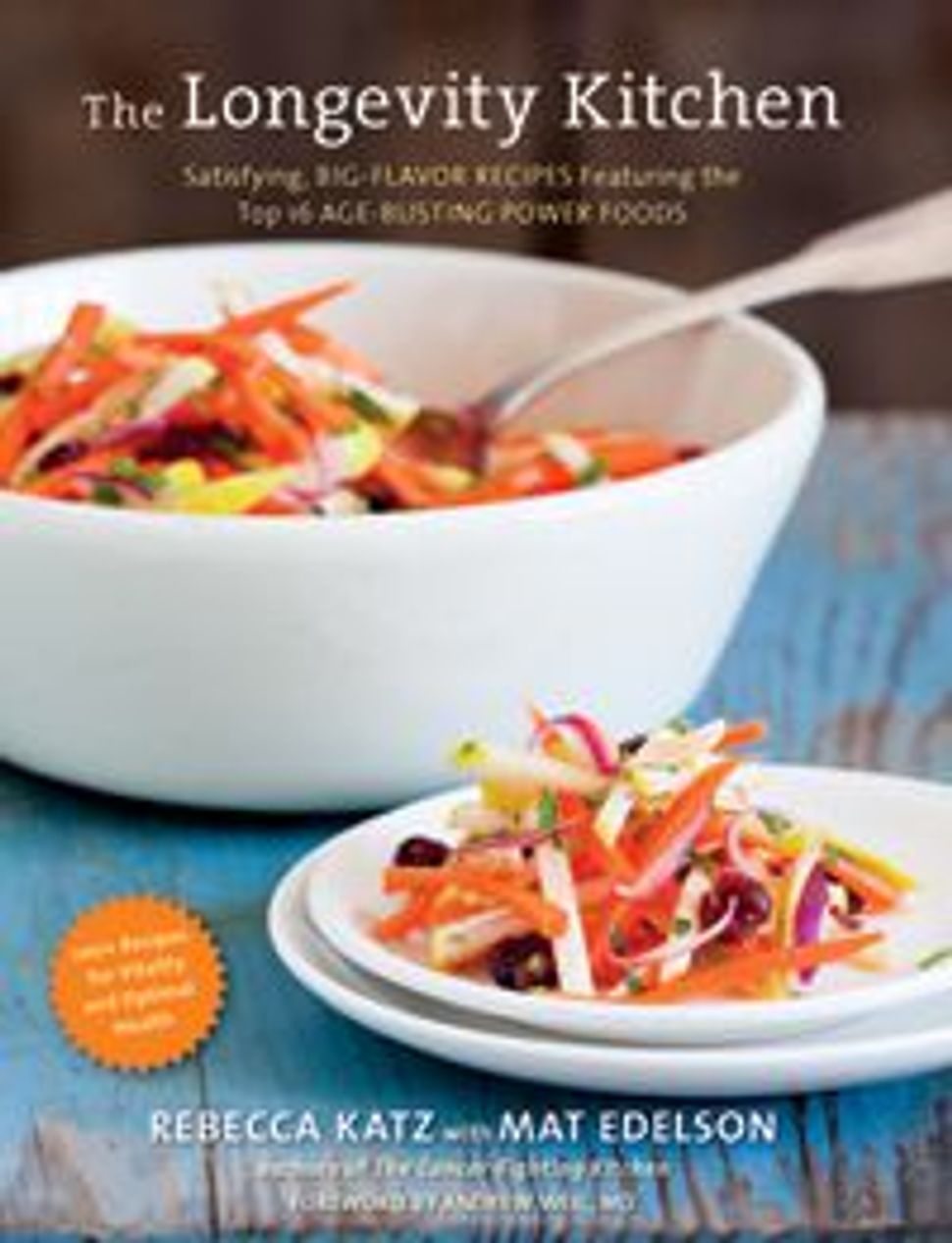 I first came across Rebecca Katz’s cookbooks in culinary school. My program had a health-centric curriculum, and cooking for cancer patients was part of it.

I used her first book, “One Bite at a Time,” to make a polenta pie with sautéed greens and puttanesca sauce for a client with throat cancer who later claimed my food helped her cancer go into remission. I also was able to bring joy to a dying woman by making her whole-grain chocolate chip cookies without any refined sugar.

However, when Katz was cooking for her father when he had throat cancer in 2000, there was no such resource. Using her background as a natural foods chef and nutritionist, Katz made up recipes she thought her father — with his taste buds compromised from radiation — would enjoy, and that’s how her first book came about. Then came a second, “The Cancer-Fighting Kitchen.”

Acknowledging that “this East Coast girl is about to sound very woo-woo,” Katz said, “When someone cooks with the intention to heal, there’s an energy exchange that’s really important.”

Speaking of her great-grandmother, Katz said, “We were always trying to find out what that elusive ingredient in my nana’s cooking was, and it was love, that she was doing it with the intention to nourish.”

Katz, of San Rafael, now has a third book out (with co-author Mat Edelson and a foreword by Dr. Andrew Weil), “The Longevity Kitchen.” She wrote it in response to the numerous people who asked for a cookbook for “the rest of us,” since her first two books were specifically about cooking for cancer patients.

(While the cancer theme of the first two books may indeed scare some off, I have also cooked those recipes for perfectly healthy clients and know that one need not have cancer to enjoy her food.)

Katz is the founder and director of the Healing Kitchens Institute of the Bolinas-based Commonweal, where she trains medical professionals and healers in nutrition and cooking for health. She is also the executive chef of the annual Food as Medicine training program sponsored by the Center for Mind Body Medicine at Georgetown University. In addition, she leads workshops around the country.

Originally from Pikesville, Md., a heavily Jewish suburb of Baltimore, Katz comes from what she called a Reform, food-centric family. Her father owned a salad dressing company, with frequent taste tests held in the family kitchen. And while her nana’s kreplach with the ultra-light dough is an early food memory, so is the Marylander religion of blue crabs steamed with Old Bay seasoning, eaten on newspaper on the porch with a mallet to whack them apart.

Katz said her nana was from the “until it feels right” school of cooking; she would use half an eggshell to add more water to her dough. She also would share such gems as “If it tastes good, then it’s good, if it’s not, then it doesn’t.”

“That’s the way I cook. The fact that I can write a recipe is a pure miracle,” said Katz. “It happens because I have someone in the kitchen with me while doing recipe development; otherwise, it would be a disaster. I call measuring spoons and cups a little handcuff.”

Her great-grandmother lived until Katz was 14. “She was my culinary compass, for sure,” she said. “I would credit her for the way I approach cooking, her and my mother. The food they cooked was from that intuitive place of knowing how to nourish people through food, and that was something that was passed down to me.”

Katz spent her 20s working too hard in marketing and was suffering from a number of health problems. She decided to take a sabbatical and go to Italy, where she had family by marriage. That’s what initially got her back into the kitchen, and when she returned to the U.S., she enrolled at the Natural Gourmet Institute in New York and followed that up with a master’s degree in nutrition.

She moved to the Bay Area after stints in kitchens in La Jolla and Mendocino, and when she began cooking at Commonweal, that “changed the whole game” and convinced her to stay.

Katz’s recipes are vegetable-heavy, with generous doses of herbs and spices. In “The Cancer-Fighting Kitchen” and “The Longevity Kitchen,” she has what she calls a “culinary pharmacy,” in which she lists health-boosting properties in the ingredients she favors. For example, avocados are not only anti-cancer, she says, but they also lower cholesterol.

For those who love eating healthy foods already, it’s fun to see what medicinal properties are in the foods we eat.

“Wherever you are on your journey, sick or well, the thing about food is that it’s the one constant in our lives, and it’s been that way since the beginning,” Katz said. “My father used to say that about being in the mayo business: ‘People eat three meals a day. People have to eat, and that’s why I’m in the right business.’

“As cooks, wherever people are, if someone had a baby, or someone just died, a bowl of soup or really good food in front of you at the table, or eating that cookie or whatever it is, it can be a transcendent moment, where our connection to food is our connection to life and being in the present.” Katz’s one Jewish-inspired recipe in “The Longevity Kitchen” is a lighter version of latkes with sweet potatoes, zucchini and basil.

“This is one of my favorite recipes in the book,” she said, “and it doesn’t get enough love. Don’t wait for Chanukah. It’s not that oily, greasy latke.”

1) Put the grated sweet potato, zucchini, and onion in a colander and press gently to squeeze out excess moisture.

2) Put the eggs, salt, pepper, and nutmeg in a large bowl and whisk to combine. Add the vegetables, basil, and flour and stir with a spatula to combine.

3) Carefully drain the excess moisture from the vegetable mixture. Heat the olive oil in a large skillet over medium heat. Spoon the mixture into the skillet by the heaping tablespoonful, then flatten with the back of spoon. Cook until golden brown on both sides, about 2 minutes per side. Transfer to a platter, keeping the pancakes in a single layer. Serve hot or warm with a dollop of Greek yogurt.

Variation: Serve hot or warm with a small slice of smoked salmon, or with arugula and a slice of tomato.

Cook’s note: Shred the basil just before adding it to retain its bright green color. Here’s a convenient way to shred it: Stack the basil leaves, roll them into a cigar shape, and snip it with scissors or cut thin slices with a sharp chef knife.

Alix Wall is a personal chef in the East Bay and beyond. Her website is theorganicepicure

The Healing Power of What We Cook