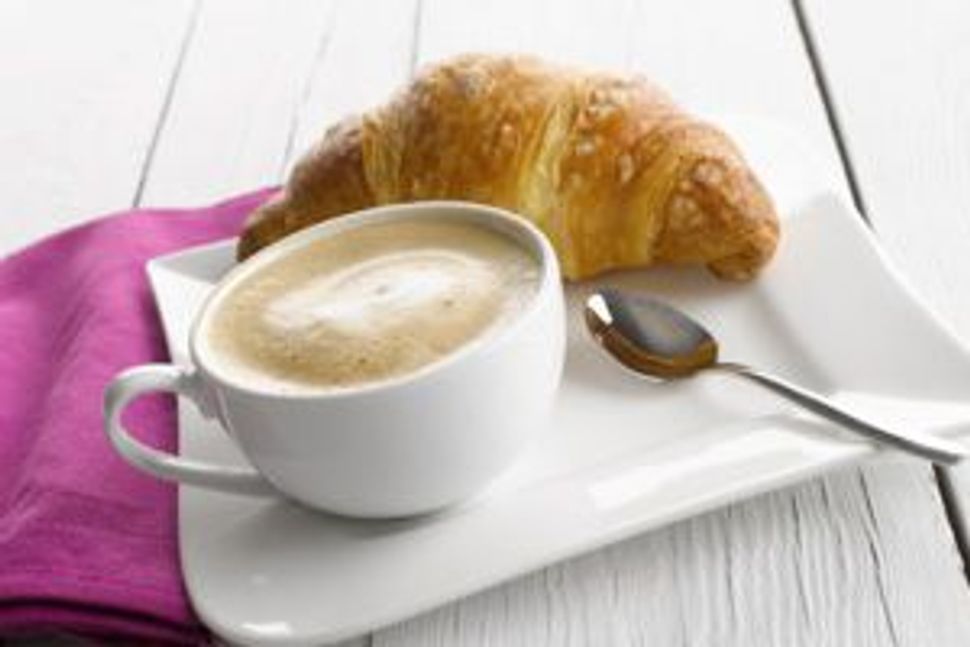 Do you have a caffeine addiction to feed, but not much money to do so? Then consider moving to Tel Aviv. Since September, Tel Aviv residents have been able to get all the coffee they want for NIS 169 ($45) per month, thanks to a new loyalty program called CUPS-Unlimited Coffee.

The program “goes across not a specific chain, but across independent and franchise stores we signed up for the program,” Alon Ezer, the company’s CEO, told The Times of Israel. “As far as I know, this is the only such loyalty program anywhere in the world, and it holds a great promise for not only coffee shops, but for brick-and-mortar retailers of all kinds.”

It’s really quite simple: A customer pays the monthly all-you-can-drink fee, or alternatively NIS 99 ($27) per month for just one cup of coffee per day. A map on an app that you download to your iPhone or Android phone shows you where all the participating cafes and coffee kiosks are, including the one closest to you. You go to any of the establishments, order any drink you want (no matter how fancy, frothy or creamy), let the barista tap a code into the app on your phone, and you’re done…at least for the next 30 minutes. After half an hour, you can do the same thing all over again at the same café. If you absolutely cannot wait the 30 minutes, then you can go to another participating café and order that second cup right away.

Benji Lovitt, a coffee lover and freelance writer, comedian and educator living in Tel Aviv thinks CUPS is a godsend. “I’m a big fan. It’s been a life changer,” he told the Jew and the Carrot by phone.

“I don’t have an office job, so I was working from home and drinking a lot of ness” he said, using the Hebrew term for instant coffee — the only kind of coffee most Israelis ever drank until coffee culture hit Tel Aviv in the mid-to-late 1990s. “Now, I’m out the door at 8:00 every morning, working at a café, coming home for lunch, and then going back out to another café to continue working in the afternoon.”

Lovitt, an immigrant from Texas, who blogs for The Times of Israel, put CUPS in the number four spot on his recent Yom Ha’atzmaut list of 65 reasons why he loves living in Israel. “However much money the government is taxing me, I’m getting it back tenfold in café hafuch,” he quipped, referring to the Israeli drink that some equate to a latte, others to a cappuccino. In all seriousness, he does find that he makes his outlay back in about a week’s time.

If you are partial to the coffee at the big Israeli chains like Aroma and Cup O’ Joe, then this may not be for you. For the most part, the cafes (40 or so of them currently) are charming and fun independent neighborhood spots, like Café Arlozorov, Marshmallow at and Beit Haglida. At the moment, most of the locations are in the southern part of the city. According to Ezer, all of them are motivated to participate in the program because of the money they stand to make from food they expect customers to buy along with their drinks. It’s a model he hopes will translate abroad as he plans to expand in American and European markets.

Tafline Laylin likes coffee, too. But she, a blogger for Green Prophet, a sustainable news for the Middle East, questioned whether this is a case of too much of a good thing that can turn bad. “Without true dedication to finding fair trade, shade grown coffee, heavy drinkers of this enticing elixir run the risk of supporting businesses that clear large native forests to produce sun-grown coffee,” she wrote. She also expressed concern about the health effects of drinking from a seemingly constantly flowing caffeine spring. Although Laylin’s concerns are legitimate, it is doubtful that they are foremost in the minds of CUPS users, or of the participating businesses.

This may simply be a deal that is too good for Tel Avivians to pass up. They like their coffee, and they know a bargain when they see one.