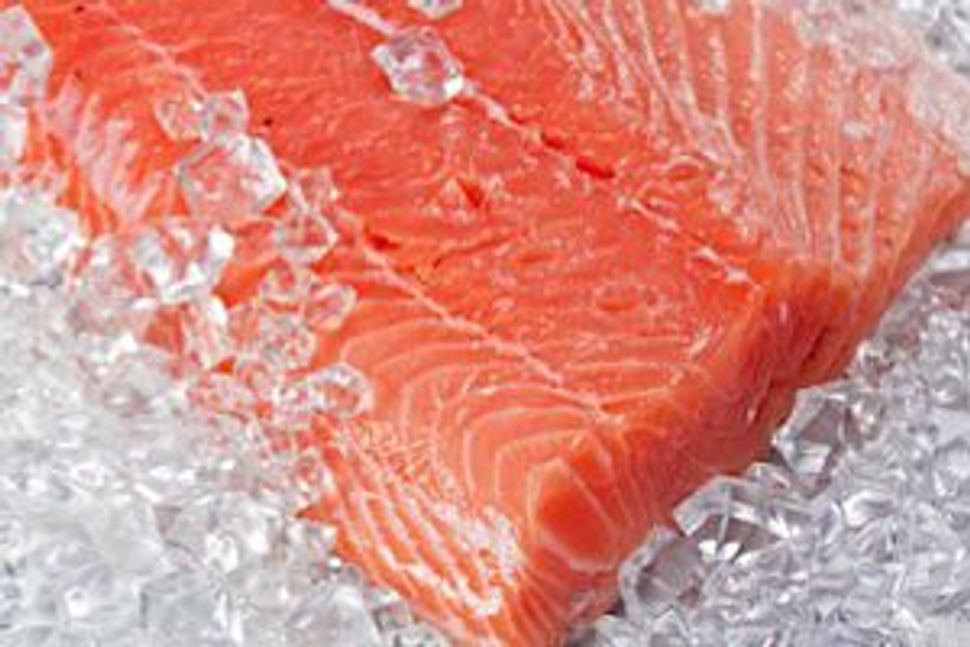 Traditionally, not much — at least not where the label’s concerned.

“Poison can be given a kosher heksher,” Natural Food Certifiers founder and director, Rabbi Reuven Flamer told me over the phone.

Launched in 1997, NFC’s first certification, Apple K, was based on the principle that “If it’s kosher, it’s good for the soul; if it’s naturally healthy it’s good for the body, and each should have the other,” the website says. “Rejecting products that contain GMOs for kosher certification is a logical addition to our kosher supervision.”

The reasoning, according to Flamer, is simple: “While according to the strict letter of kosher food law, a GMO food ingredient is not prohibited, it certainly is not natural…There is a Torah based law to ‘guard your health’.…Recent studies show that GMOs may cause various kinds of health problems from digestive disturbances to food allergies, and that GMOs require more herbicides.”

Flamer also sites a source from medieval Jewish scholar Nachmanides (also known as Ramban) in a discussion about Torah laws that forbid intermixing certain species of plants and animals. The general argument: every creation, even a blade of grass, has its own mazel (energy flow) that makes it grow. By mixing unseen powers and tinkering with the world means denying God as Creator.

The latest controversy is over the much-debated genetically engineered salmon, expected to hit supermarket shelves next fall — without labeling. Part eel and part salmon, this transgenic creature will be the first genetically engineered animal intended for human consumption. Using growth hormones, scientists have created a fish that will grow at twice its natural rate.

Scary for any consumer, there have been outcries on all ends to Congress and the FDA. But for kosher eaters, wondering whether they can have lox and shmear on their bagels if it’s made of the un-kosher eel’s genes, the answers are vague.

GMO Salmon will still be kosher, according to the OU, because it will have fins and scales, which is what determines a fish kosher by Jewish law. But others, including Flamer, view genetically manipulated salmon as an attempt to improve a God-created perfect ecosystem. Aside from the health concerns, the Torah prohibits mix-breeding two animal species; in this case one of them is not even kosher.

Without a GMO label, a kosher label may prove to be even more complicated. It’s for this reason that Flamer’s initiative to trace GMOs and prevent its kosher certification is ground breaking.

Will other rabbis really put a heksher seal of approval on this because externally it appears to be salmon?