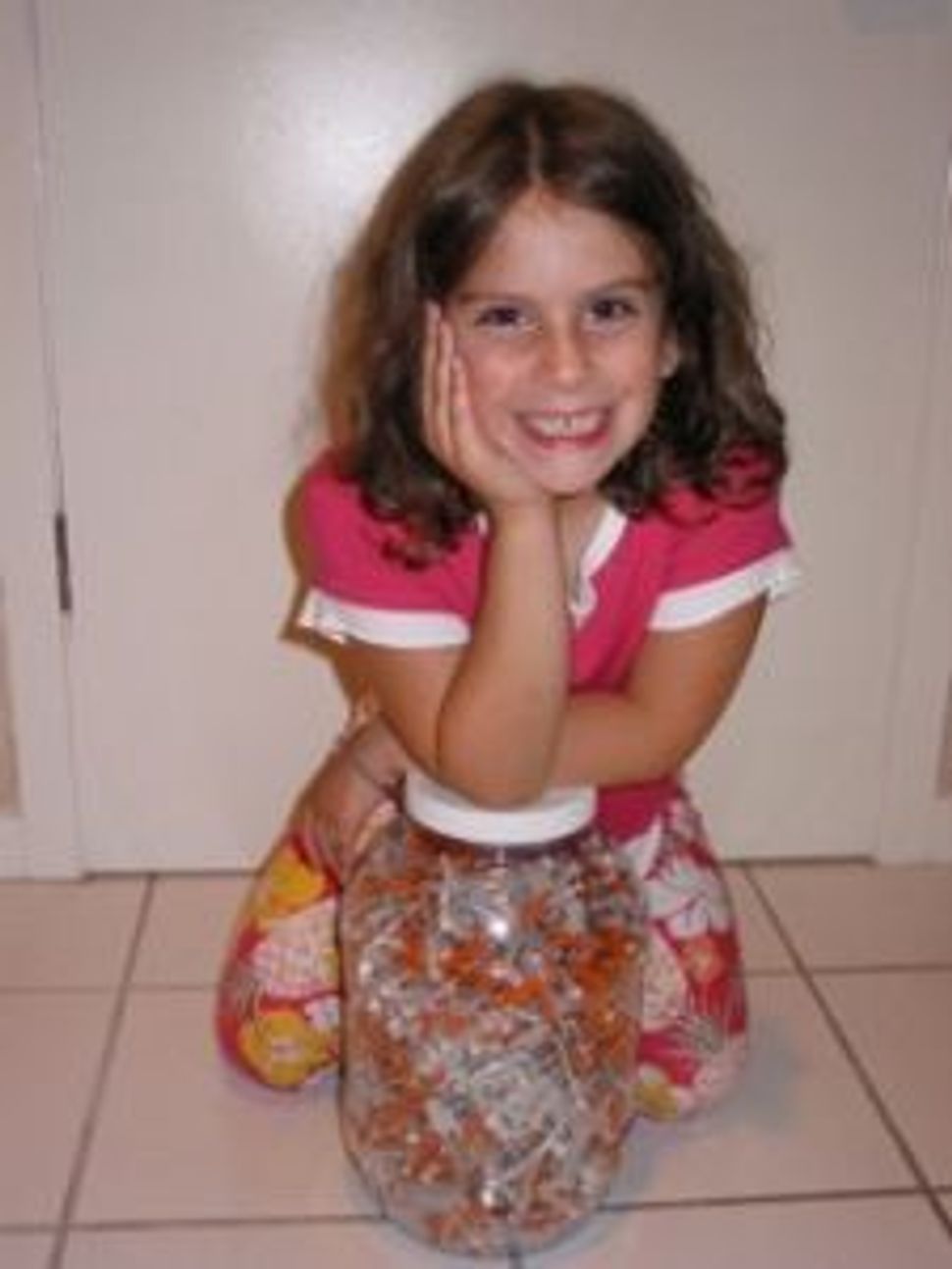 One year after diagnosis Image by Courtesy of Janice Traison

The intersections of healthy food and Judaism in my own life most markedly began on that Friday afternoon. Not even one week into being a Jewish adult my life had dramatically altered. My father and I were forced to conquer our fears of needles by practicing injections on various citrus fruits. My family stopped drinking juices with high sugar contents, junk foods started disappearing, and while the rest of America became obsessed with avoiding carbs, we became obsessed with counting them.

In the grand scheme of horrible things I’ve seen in my life as a millennial, Type-1 Juvenile Diabetes is not all that bad. My sister isn’t confined to a hospital bubble, she goes to school and overnight camp, she is even an ambassador for other children with diabetes, and she eats plenty of sugary treats just like the rest of us. In the decade since my sister’s diagnosis—hundreds of thousands of finger pokes, site changes, blood sugar high’s and low’s later–I still don’t think I’ve come to understand diabetes, but we’ve learned to live with it.

Shavuot, originally introduced in my bat mitzvah portion and which begins tomorrow night makes me think about the passing of time: The time since my bat mitzvah and my sisters diagnosis, and more abstractly, the time since we received the Torah. Unlike many of the other holidays which are listed with a specific start date, Shavuot is only said to start “seven full weeks” after a designated starting time. Former Chief Rabbi Lord Jonathan Sacks points out, that we also don’t actually know what Shavuot is really about. While the two other big Jewish holidays, Passover and Sukkot, have historical and agricultural rational in the Torah—Shavuot is only given an agricultural reason. (since the Israelites became the Jews, long before the Jewish Outdoor Food and Environmental Education movement, the intersection of agriculture and Judaism has been implicit!). Yet, it all makes sense; for anyone who has spent time with a garden or on a farm, the connection between the calendar and the outdoors in clear.

Like our earth, we spin in rotations and revolutions. Shavuot reminds us that each year is a cycle, but also a step forward. Each year, we sow seeds in the ground, water and love them, and harvest them when it’s time to do it all over again. Each year we celebrate birthdays, anniversaries, and yartzheits. Yet, we are never exactly back in the same place we were when we started.

As time goes on, we begin to adjust to our new realities. We move on. A new house turns into a home, a seed becomes a plant, the most life-changing event of a single Friday afternoon or an early September morning or a Marathon Monday somehow becomes a memory, a dark night ends and the sun rises again. Sometimes these are things we choose, and sometimes we have no choice over them. And we begin to adjust to the implications of these single events as well, for my family it meant getting rid of the sugary junk foods, for most of us it means taking off our shoes at the airport. For many reasons, we have begun to adjust to seeing strange food-like items on the shelves of the stores and unpronounceable words on our food labels. We’ve adapted to childhood obesity, food insecurity, and high death tolls from complications of a poor diet.

Each year at Shavuot we have to opportunity to say Na’aseh v’Nishma (we will do and we will hear) all over again. We can recommit ourselves to our values and honor the ways in which we have progressed since the last year. But what are the things we aren’t willing to stand for? If our soil is nitrogen deficient, how will we enrich it? If we are given a fateful diagnosis, how can we continue to live our lives to the fullest? If our food systems are broken, how will we fix them? If our earth needs mending, how will we repair it? In addition to eating delicious dairy and the first fruits of the season, let us use Shavuot as a time to think about what we’re willing to live with and what we will commit to change.