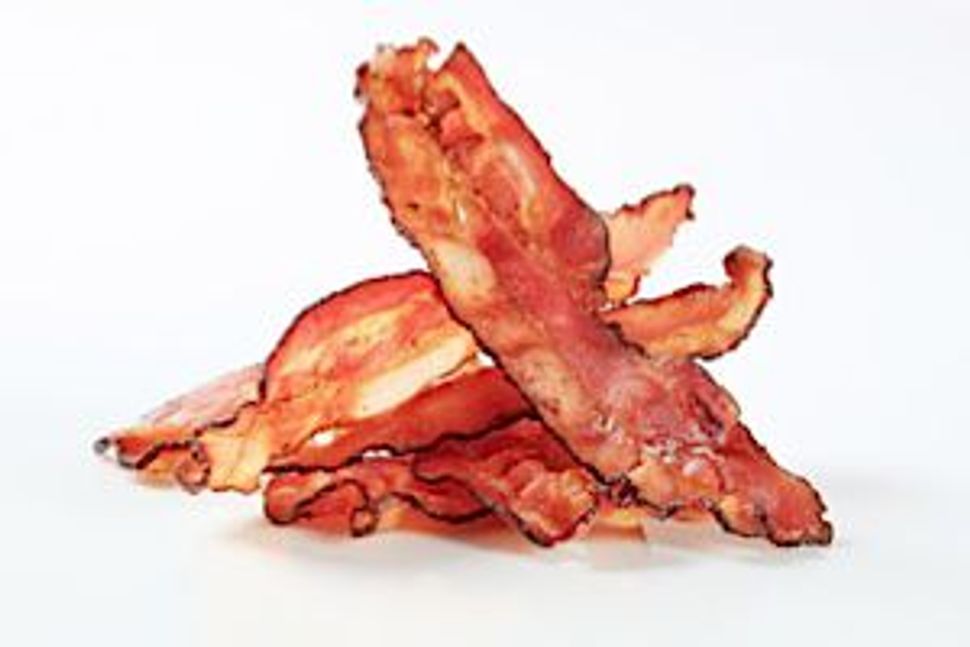 We have some very exciting news: The 6,000-years-long Jewish ban on pork has been lifted! The Onion is reporting that the World Rabbinical Council has announced that Jews worldwide are now allowed to “dig in to the delicious taste of ham.” No more holding back on the bacon, or skipping “the other white meat” at barbecues. We are finally free to feast on pork-filled Chinese dumplings and maple bacon donuts .

Well, not exactly. The Onion is of course a satirical news outlet, and the World Rabbinical Council is a made-up organization. The pork ban is still standing firm. But what would happen if it had indeed been lifted?

Right off the bat, we would expect Williamsburg-based Hasids to flock to Traif, the ironic restaurant which celebrates all things non-kosher, located in the heart of New York’s hipsters’ hub.

The supermarket in Sunnyside, New York, which sold kosher pork could get back to doing so without being troubled by the New Yorker.

Across the Atlantic, the Hungarians who are planning to make the world’s tallest kosher sandwich, would be able to add ham, making it even larger and tastier.

And of course, the folks at Kibbutz Lahav, which runs Israel’s only Jewish pig farm, would suddenly have a much larger market for their product.

But the main question is how lifting the pork-ban would affect the beloved (or not) homemade Jewish dishes and the holiday feasts. Envision latkes with crispy bacon slices, matzo balls floating in aromatic pork bone broth, and cholent that’s merged with and spiced up by a pork-flavor stew. It’s a whole new world!

Take a moment, and spice up our comment section, sharing with us what would have been the first thing you’d eat if The Onion’s story had been true. And don’t forget to add your comical (or, not) suggestion for how to improve Jewish dishes with pork.