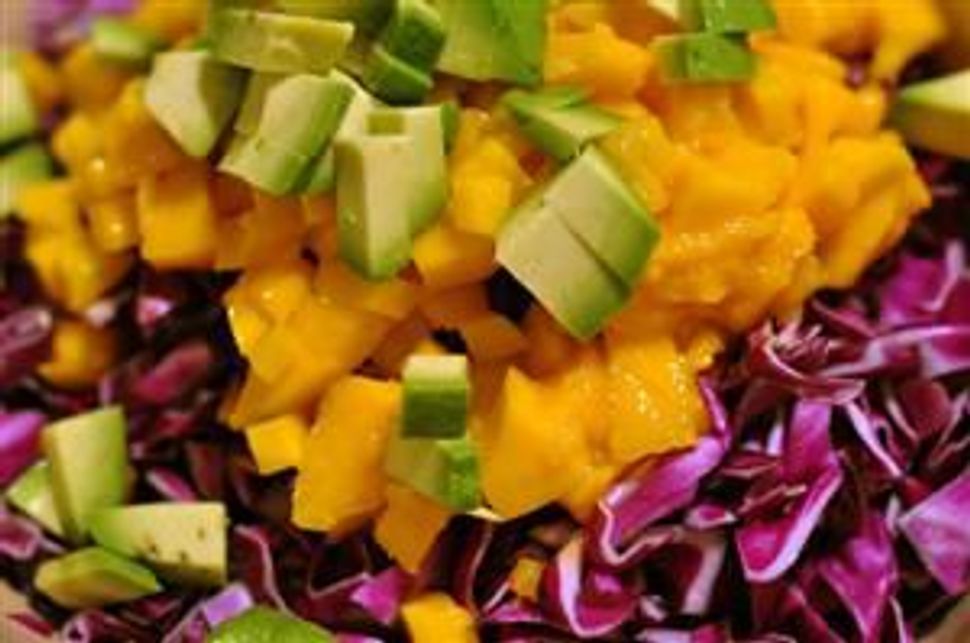 Image by Courtesy of: wikimedia

Effectively, I paid four dollars to watch someone do what I do almost every morning: put a bunch of ingredients into Greek yogurt (though I’m much more into kefir these days). What they do in white coats and chefs hats on display in a stainless steel kitchen, I do in my pajamas in my Formica Brooklyn kitchen at 7 o’clock in the morning. I joked with my roommate, who does professional marketing, about the incredible marketing strategy this place uses, which gets hundreds of people in the door for a pretty ordinary breakfast.

I must admit, though, that they had some delicious combinations that I don’t usually consider when I make my breakfast in the morning, like their best seller, Pistachio+Chocolate, made with pistachios, oranges, dark chocolate, mint leaves and a drizzle of honey. The store offers six staple flavors, and a seasonal flavor. The waitress introduced us to the “seasonal” flavor by pointing to an artfully decorated chalk sign that read “mango avocado” wedged into a pile of the fruits themselves. I laughed and rolled my eyes, as I exclaimed louder than I should have that these fruits are not in season in New York. Caught a little off guard, the waitress responded with a nervous laugh, “I’ve never thought of that, but they are in season somewhere”.

I ended the conversation there–with a polite smile at her unintentional ignorance–because the tiny store was too crowded for me to stand up on my soapbox. The mentality of “they are in season somewhere” is exactly how we have produced a generation of people who are so far removed from their foods that they don’t know that asparagus and strawberries should only appear at a certain point of the year, or what a really good tomato tastes like, when you bite into it like an apple and all the juices run down your chin and arm, dripping their lycopene-filled goodness off your elbow.

In Israel there is a magical day. After months of a (hopefully) rainy winter, on an unspecified day, an ordinary walk through the shuk obtains an enchanted quality. The otherwise-regular stands, now piled high with mouth-wateringly ripe, red accessory fruits will transport consumers to a magical place. Like a special ballad composed by a freed genie after millenia in a lamp, the vendors poke their heads up from behind the mountains of berries and yell out “Tutim! Tutim!” The fresh, sweet smell of the fruits wafts through the air, and everyone knows: it is strawberry season.

This is what it means to eat seasonally, to wait anxiously for the day when a certain produce item appears in the store. But it’s not only about the waiting game; fruits and vegetables that are eaten in season taste better too. We are rewarded for our efforts of waiting with extra delicious, extra nutritious morsels. And, this isn’t only true some of the time—it’s true ALL of the time. In fact, when we eat fruits out of season, it’s a bigger gamble that they will be mealy or tasteless. It’s a win-win situation.

However, in full disclosure: I do my grocery shopping at Key Food. I buy crappy, out-of-season, non-local, non-organic, GMO-full produce—but at least I know it. When you walk into the Chobani store, or any of its crunchy cousins, there is an element of trust involved, and when a rustic looking sign tells us something is seasonal, why wouldn’t we believe it? (You’ll notice Chobani avoids talking about where their milk comes from, but does say it’s rBST-free and comes from “local farmers,” leaving us to assume the yogurt comes from happy cows though it likely doesn’t). But let’s imagine the same situation with a different label: kashrut. A kosher-observant person would never trust a sign that said kosher sticking out of a pile of pork, so for the foodies among us, why don’t we hold the same standard for seasonal, local, organic, and other effectively meaningless, but actually very important adjectives?

Ultimately, I recognize this is how these places make money, but I don’t want to accept it. I haven’t lived in New York very long, but something tells me there isn’t a secret location upstate that grows tropical fruits—and I don’t appreciate that someone is trying to tell me otherwise. I obviously don’t even have a problem buying non-seasonal produce, but I feel better about it knowing that I’m not trying to pass it off that way–after all mangoes and avocados are in season somewhere.