Israelis Get a Taste of Africa 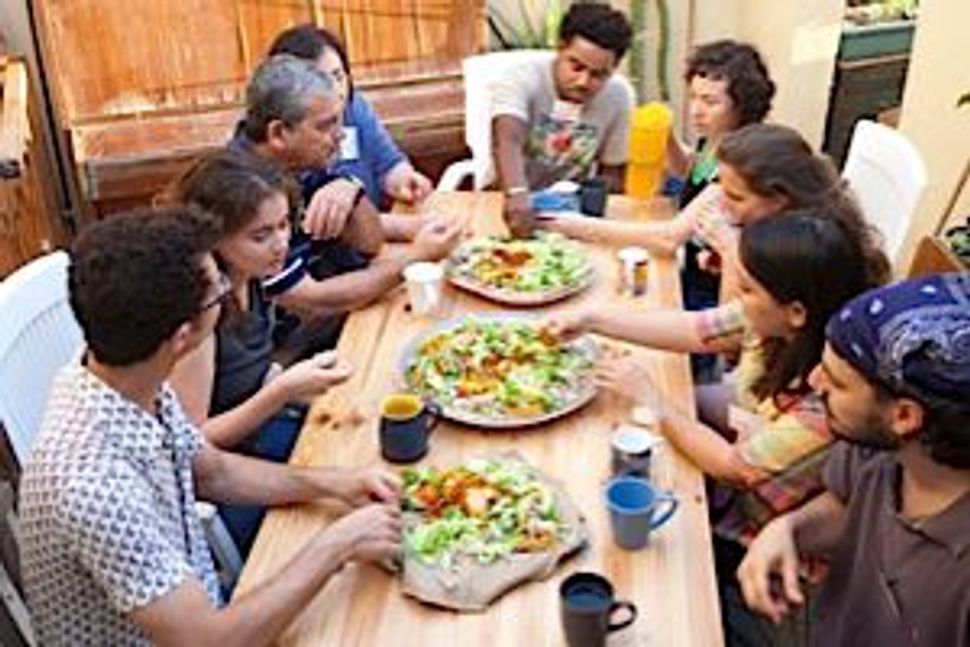 A new project in Tel Aviv brings together African migrants and hungry Israelis to talk and learn from one another. Image by Haaretz

As Israel engages in a tumultuous debate over what to do about African migrants, other conversations, more personal and friendly, are taking place between Israelis and asylum seekers. As part of a social art project called Sihot Mitbah (Kitchen Talks), which takes place every weekend in Tel Aviv, African migrants give cooking workshops to groups of curious Israelis.

The people behind the project are Yael Ravid and Goor Somer, both in their early 30s. For more than a year Ravid, an artistic photographer, has volunteered at the Soup4Lewinsky project, which brings hot, nutritious meals every day to homeless asylum seekers living in Levinski Park. Kitchen Talks is her graduation project for her studies in curating at the Contemporary Cultural Center in Tel Aviv in cooperation with Kibbutzim College. Somer’s first encounter with migrants and meals was held on the last World Refugee Day, in connection with the first Sudanese restaurant in Israel.

The two have recruited workshop instructors from across the African continent: Claudine of the Ivory Coast, who caters out of her home for events and for the embassy; a Nigerian woman, who runs a restaurant near the Tel Aviv Central Bus Station; Hassan, a well-known cook in the Darfur community, and Yemane, from Eritrea.

“We tell them it’s a project for bringing people together,” says Ravid of the participants, who heard of the initiative by word of mouth, spread from a library in South Tel Aviv, kindergartens, restaurants and human-rights groups. The price for the vegetarian workshop in NIS 130, says Ravid, and the cooks are paid for their work.

Israelis Get a Taste of Africa