Six Soups To Cool Down With This Week 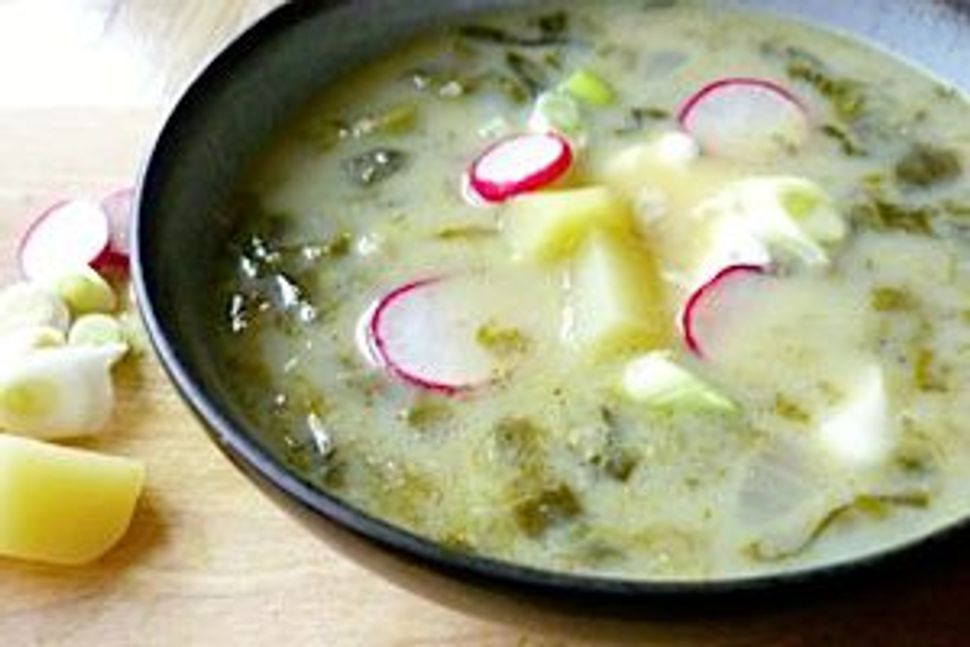 Farmers? Market Schav: The lemony-flavored sorrel, a spinach look-alike, serves as the base for a largely forgotten, and delicious, soup called schav. Image by Leah Koenig

If you’ve looked at a thermometer lately, watched weather on the ones or stepped outside you’ve probably noticed that much of the country is in a heat wave. Never one to ditch my favorite hobby just because it’s getting a little hot in the kitchen, I’ve taken to preparing cold soups and so have many of my friends. So I asked around for everyone’s favorite cold soup recipes and was offered so many delicious recipes, I don’t know which to make first. These six are perfect for Shabbat or lunch during the week.

What’s your favorite cold soup? Tell us about it in the comments.

1) This red pepper soup is the “perfect summer soup,” says my friend Ari. “It wasn’t as complicated as many Ottolenghi recipes are, but had just the right amount of spice and herbs to make it an Ottolenghi classic.” Yotam Ottolenghi’s Chilled Red Pepper Soup

2) Monte Mathews who runs the food site Chewing the Fat offers his take on a classic vichyssoise. While the recipe calls for chicken stock, vegetable stock will work just fine. [Not My Mother’s Vichyssoise]

3) Fresh off of her honeymoon, my colleague Abigail Jones tried her hand in the kitchen to make this watermelon gazpacho. “It’s fast, easy and fresh. It’s also fool proof: drop a tomato, some watermelon and a few other veggies into a blender, then, you know, blend. And it’s delicious: a cold burst of fresh summer flavors, plus that great taste of feta mixed in. The best part? Chunks of watermelon you add to the soup before serving.” [Tyler Florence’s Watermelon Gazpacho]

4) Ingredients columnist Leah Koenig is one of my go to recipe gurus. She swears by this green gazpacho that’s made with greens (of course), walnuts and Greek yogurt. [Green Gazpacho from Leite’s Culinaria].

5) For a taste of the old world, try Leah’s own farmers’ market schav. It cooled down Jews on the Lower East Side long before the days of air conditioning. [Market Schav]

6) What would a roundup of cold soups on a Jewish site be without borscht? Every family seems to have their own take on the classic dish, but if you want to try something different, give this chunky borscht topped with avocado a try. [Chunky Borscht]

Six Soups To Cool Down With This Week