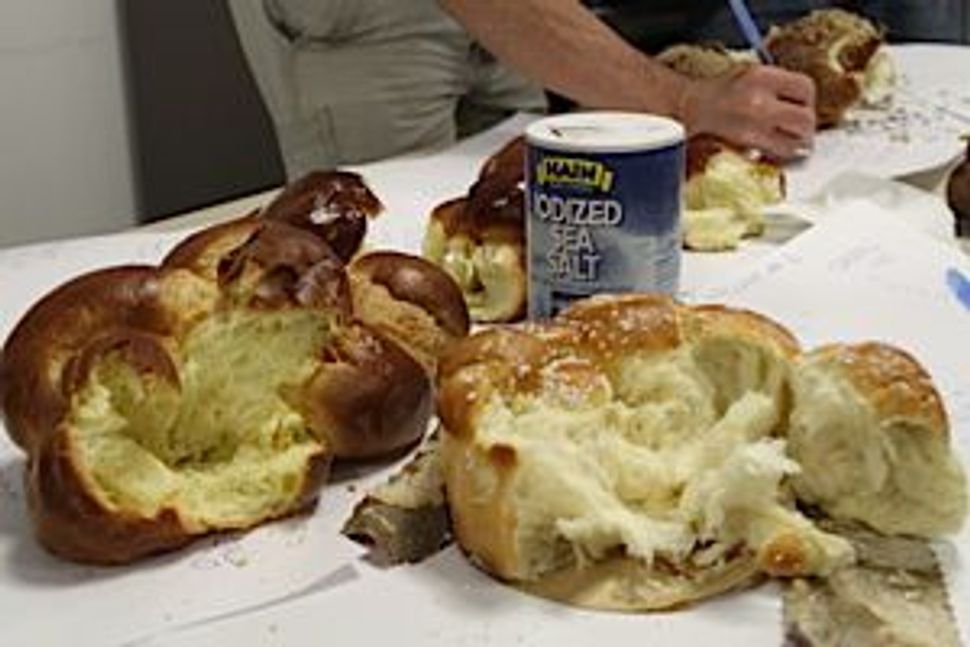 Don’t live in New York, or in need an easy fix? We’ve got you covered. Below are three brands available in supermarkets across the country.

The problem with tasting store-bought challah right after a freshly baked loaf is that you instantly taste the difference. Thoughts like “This is a crust? Really?” and “Nice bread, barely recognizable as challah,” overshadowed the great texture.

Maybe it was the lingering taste of failed health inspections, or the nagging fear that a bug would suddenly appear, but this challah got a resounding “No” from all tasters. The neon yellow color stood out among the surrounding white loaves, and though the crust was acceptable, “looks don’t make up for ugly insides.” When a challah is described as “nightmarish,” it’s best to stay clear.

While this was the best out of the tested supermarket challahs, participants found the texture clumpy and too much like white bread. “On the scale of dry vs. moist, I prefer my challah moist, but this is too much,” one taster wrote. A perfectly browned and glazed crust was this challah’s salvation.