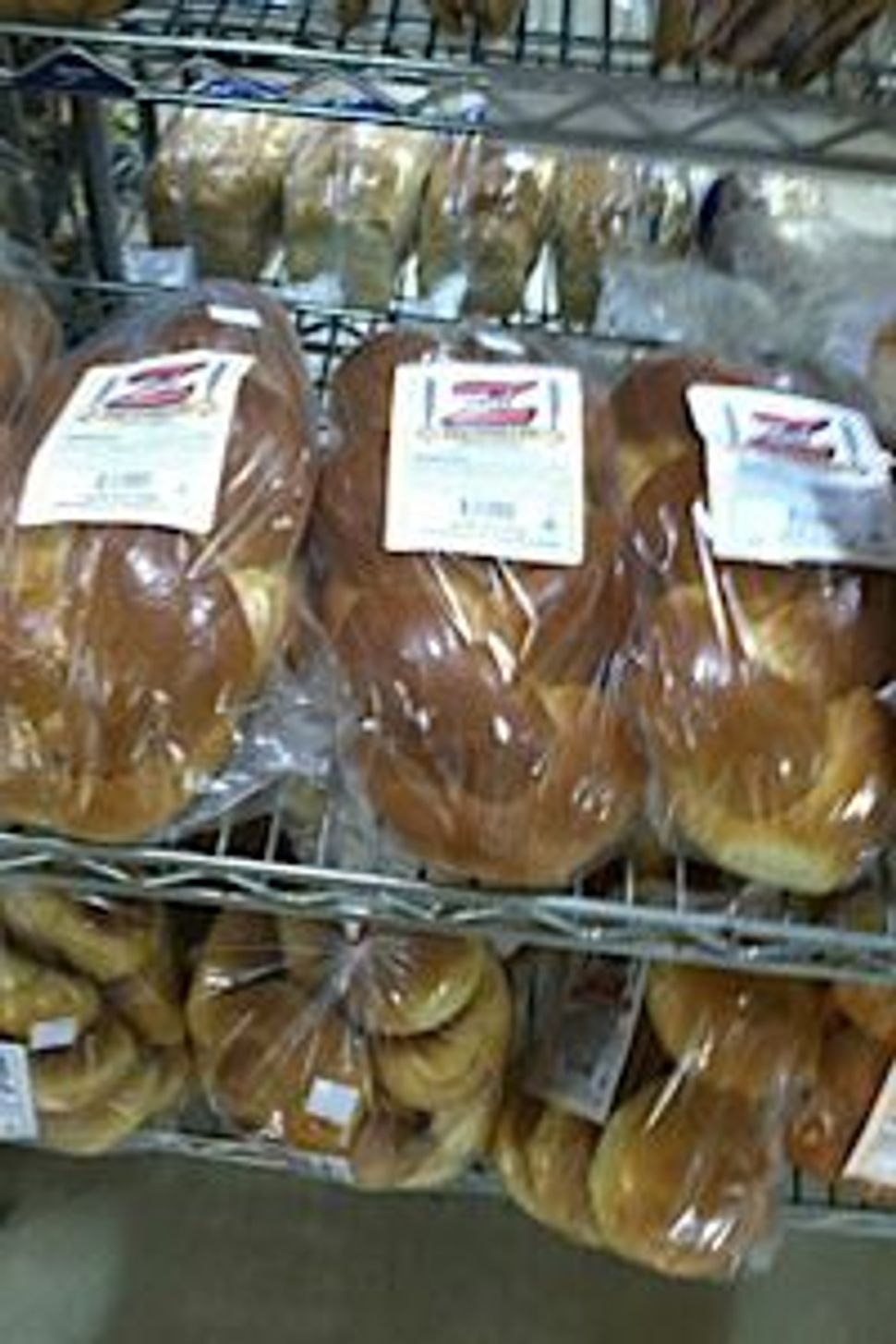 As a college student in New York, potluck Shabbat meals were a weekly occurrence. Of course, not everyone could cook, or even had time to, so those guests were assigned the shopping jobs — drinks, fruit, and challah. As a rule, anyone assigned to bring challah really only had one choice — Bagel City. Anything other than the sweet, doughy loaf was unacceptable.

There are quite a few local challah companies in the Chicago area, though in the store-bought challah category, none inspire my taste buds quite like Bagel City. Native Chicagoans seem to prefer Breadsmith, a Skokie-based bakery with franchises across the Midwest and Texas, but many feel there aren’t enough good options. A quick Facebook poll resulted in multiple commendations of Whole Food’s challah, what many would deem a non-traditional source. Others recommended Mindy’s Homemade, but unfortunately only whole wheat loaves were available, so in the interest of consistency, I left it out of the line up.

Scroll down to read descriptions of some egg challot available in Chicago grocery stores:

With nearly 100 products, Breadsmith bakery offers an array of “European-inspired” choices and has a huge footprint in the Chicago area. This loaf is pale white with golden highlights on top. The inside is airy and pulls apart into nice flaky strips. The flavor is mild and slightly sweet, with a somewhat chemical aftertaste. In addition to their regular line-up, Breadsmith will be offering a few seasonal specialties for Rosh Hashannah, including a honey challah and a queen cinnamon challah, a braided circle meant to represent a queen’s crown.

The Jewel location in Evanston, fondly know as “the kosher Jewel,” has an enormous selection of kosher products, including a bakery, deli, and Chinese restaurant, Tein Li Chow. Made on site, the deep brown exterior of their challah is unfortunately dry and tough, but beneath the surface, the dough is soft and very malleable. The challah doesn’t have a ton of flavor, but it has hints of sweetness. Warning: this challah is made with a few “scary” ingredients, like partially hydrogenated vegetable shortening and “dough improver.” To celebrate the holiday season, the bakery will be making round versions of their usual raisin, whole wheat, egg, and water challot.

One of the oldest Chicago bakeries, North Shore has been baking kosher treats for the community since 1987. North Shore’s challah, baked in Chicago, is the shiniest and softest of the bunch with its nice egg wash. The interior is moist and slightly doughy and pulls apart easily. If you’re going to buy anything from North Shore, though, it’s worth skipping the challah and going straight to the chocolate coffee cake.

Shalom Kosher Bakery first opened in 1995 and primarily sells its breads in the northern suburbs of Chicago. Their products seemed to outnumber other brands at least three to one on grocery shelves. Online reviews tout their bagels, cookies, and cakes, but the challah doesn’t seem to live up to the hype. Dense, yet fluffy, the suburban Shalom Kosher Bakery challah doesn’t have a lot flavor, but its simplicity is appealing and for $2.50 it’s the best deal in town.

Located on the west side of Chicago, an area vacated by most of its Jewish population, this challah was unbearably dry, but had a hint of sweetness to make up for it. The sweetness is a bit of a surprise, since the bakery is best known for having sugarless breads, mostly sold to people with diabetes. Unlike many of the other brands, the caramel coloring looks more natural.

It comes as no surprise that the Whole Foods challah is the most expansive of the bunch and is the only non-kosher one. However, this option seems to be something of a local favorite. The whole loaf is soft and fluffy with a shiny gloss. It’s easy to see where the braid rose as it baked, showing pale streaks between the golden mounds of the braided strands. The inside is sweet and shreds easily.

With an exterior that has just the right of shininess to make it look homemade, Z Best’s challah is solid and almost hefty. An Evanston-based bakery, Z Best’s owner, Marc Zerivitz, is a fourth generation baker. The dough itself is incredibly sweet, soft, moist, and pale.

After Zomick’s Bakery failed 10 of 17 health inspections this summer, I hesitated to try it, but it seemed important to taste the only national brand that seemed to break through in the Chicago market. This challah was moist, sweet, and eggy, with a hint of saltiness. It shreds into the tender flakes that make store-bought challah seem a little more homemade.