I Saw My Life in a Plate of Ukrainian Dumplings 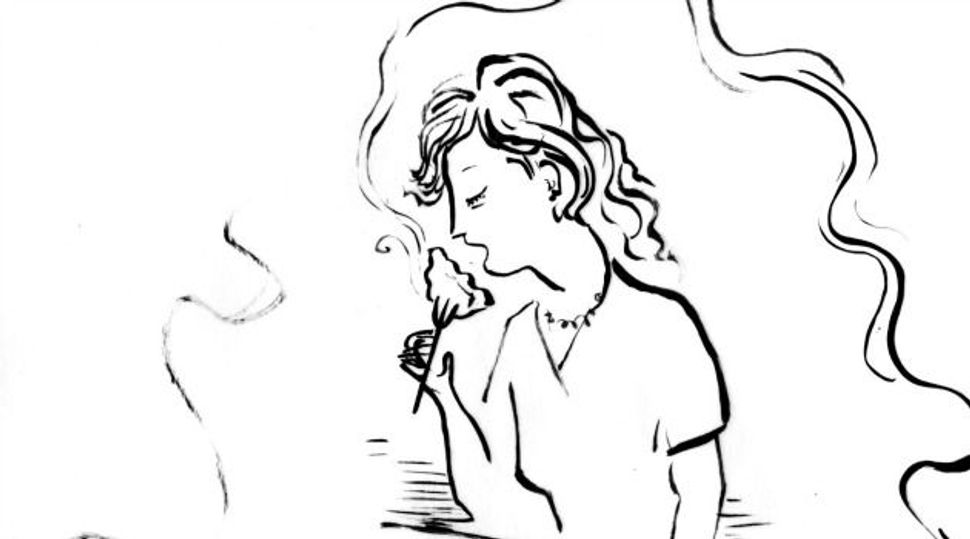 The last time I had varenyky was in late June, at the curiously-named Cafe Restaurant Volna, in Brooklyn’s Brighton Beach, a neighborhood often referred to as “Little Odessa by the Sea.”

Cafe Volna, to be sure, is not known for its varenyky. There, the crescent-shaped dumplings aren’t made so much as they are assembled — wanton wrappers pinched closed over teaspoons of gelatinous cherry jam or bland farmer cheese. But bad varenyky are better than no varenyky. And besides, I was on a mission to introduce the dish to my friends, three varenyky virgins.

I have no Ukrainian heritage, nor have I ever made a successful batch of varenyky. But the dumplings have played a major role in my Jewish coming-of-age. I talk about my first brush with varenyky the way others share anecdotes about their bar and bat mitzvahs. It was a time of embarrassing missteps, but ultimately it led me to become the adult I am today.

The scene was Kharkov, Ukraine, 2004. A group of 20 early-20-somethings and I had recently arrived in the city after spending a month in Honduras digging a trench for a water pipe in a small, rural village. We were participants in a now-defunct volunteer summer program that was run by American Jewish World Service and involved a month in the developing world, followed by three weeks in a “Jewish” area. Perhaps the trip was meant to be a two-for-one deal for Jewish identity formation: Honduras would inculcate us with a Jewish social justice mission, and then Ukraine would remind us of Jewish suffering.

In Honduras, we rose with the sun and spent the day shoveling a trench that would carry water to the town, Las Delicias, from a distant reservoir. Even though our trip leaders made it clear that it would have been more effective to send the money we paid to go on the trip to local nongovernmental organizations — a brand of institutional self-criticism I found exhilarating — at the end of the month I still felt that we made a small difference in the lives of a handful of Hondurans.

In Ukraine, by comparison, it was unclear whom, if anyone, we were helping. Our crew — which included another 20 participants who had spent the previous four weeks building a school in Ghana — was tasked with cleaning up the Jewish section of a cemetery in Kharkov, a city whose Jews had mostly fled or were killed during the Holocaust. Day after day we sawed overgrown branches, picked up hypodermic needles and shoveled bunches of coagulated leaves. Soon, we grew bored and restless with the project. My friends and I often wandered out of the cemetery to take lengthy “bathroom breaks” in the nearby mall. We started up romances with our fellow participants. We gossiped.

Adding to the trip’s social turmoil was our relationship with our hosts, a group of Ukrainian Hillel students. Many of them had learned of their Jewish roots in only the past few years. It was no wonder that their grandparents and parents had hidden the fact of their Jewishness from them, given the preponderance of spray-painted swastikas on Kharkov’s streets.

Tipped off by a yarmulke found buried in a drawer, or a siddur glimpsed on a closet’s high shelf, the students began to explore their faith. But the Hillel kids’ Judaism looked nothing like mine. On our first night in Ukraine they gave us an ABBA-like song and dance performance, belting out traditional Jewish songs to a Europop soundscape. Jet-lagged and missing Honduras, I felt like laughing and crying at once. How was I supposed to relate to these people?

One Friday, two Hillel students invited me and two of my friends for Shabbat dinner. I can’t recall why the Hillel students — both heavily made up women in their 20s — picked us, nor why we received a special dispensation to leave the group. What I do remember is the white-walled flat in Kharkov, where we watched these two Ukrainian women pound a mass of dough into a translucent sheet.

Let me be clear: I was no fan of Ukrainian food at that point. It seemed like we were eating dinner and dessert items no matter the meal, mainly stuffed cabbage and frosting-filled chocolate bars. Deep down I knew that my distaste for the food was symptomatic of my general joylessness in Ukraine; I would have never expected that one of my greatest food love affairs would begin in that kitchen in Kharkov.

Once the dough was flattened to paper-thin perfection, my friends and I used metal cookie cutters to slice it into circles. The Ukrainian women produced bowls of macerated cherries and fresh, white cheese, which we dropped from tablespoons into the center of each dough disk. When it came time to pinch the disks into envelopes, our American fingers fumbled. Our varenyky were misshapen lumps that bled streams of cherry juice — a stark contrast to the Ukrainians’ perfectly uniform pouches. We dropped the dumplings into a pot of boiling water, and waited.

That’s when the conversation began in earnest. The cloud of steam that wrapped the apartment felt like a cocoon that kept all the things I hated about Ukraine — the blatant anti-Semitism, the techno music, the showers that had to be squeegeed after each use — at bay. In that Kharkov apartment, the Ukrainian women spoke with us in hesitant English. One of them had a child, and they both had their fair share of romantic woes. They worked secretarial jobs; they loved the Hillel. Every few minutes, they gave off little embarrassed chuckles. We found ourselves laughing, as well.

By the time the varenyky were ready, a warm familiarity had set in among the group. We topped the boiled dumplings with melted butter and sour cream. The varenyky were firm and slippery, and mildly sweet. It was the best meal I had had in weeks.

Varenyky were my gateway to Ukraine as a whole. After that night, my defenses came down. I began to explore the city of Kharkov, and I worked more diligently in the cemetery. I also initiated an oral history project, asking the program participants and the Hillel students to swap stories of Jewish youth identity. I vowed to come back.

When I returned to America, I tried making varenyky but failed miserably, ending up with thick, gummy mounds of boiled dough. Best to leave it to the experts, I decided. But I still seek out varenyky whenever I have the opportunity, whether in Brighton Beach or in Manhattan’s East Village. Digging into a plate of the dumplings reminds me of all that I learned in Ukraine — to suspend my judgment of other people and cultures, to listen rather than speak, to strive for humility.

Varenyky is, put simply, the comfort food that pushed me outside my comfort zone.

Naomi Zeveloff is the Forward’s deputy culture editor. Contact her at [email protected]

I Saw My Life in a Plate of Ukrainian Dumplings