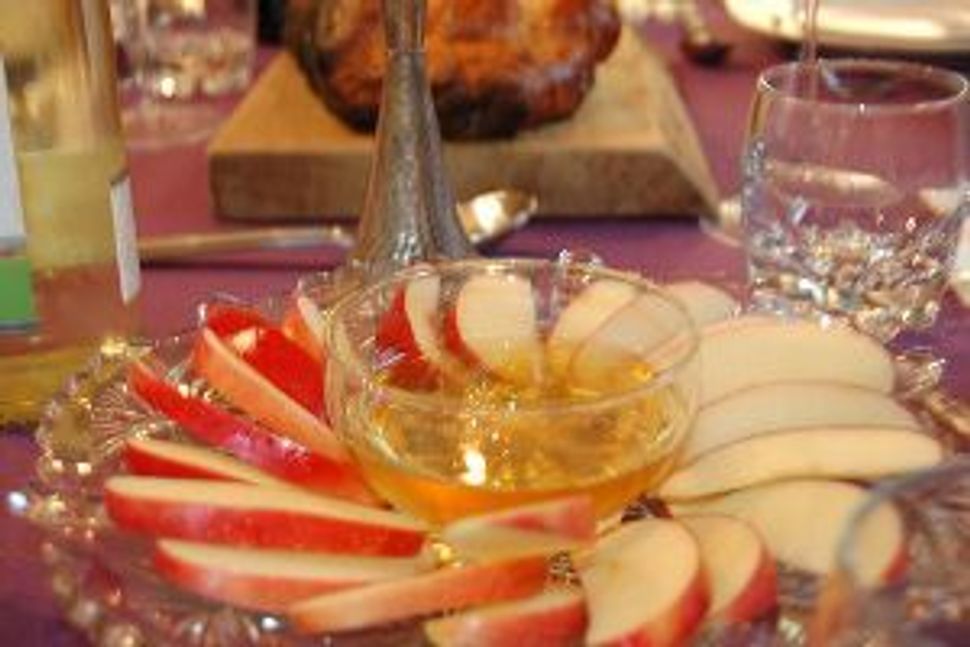 When we were younger, my cousins and I had an aptly named band called “The Cousins”, where we rocked out in the basement on inflatable guitars and microphones from bar mitzvah give-aways. We grew up in the same schools, with mostly the same friends, living just a couple miles apart from each other–except for a little while when all 6 of us lived under one roof. And yet, even though we were already spending most of our time together, I always was particularly excited to see my cousins on the holidays. Something about the way chicken soup flavored the air of our house and moving the furniture to make room for 30 people and watching my mom make 5 desserts without getting any flour on the floor (unless we offered to help), made seeing my cousins on the holidays something separate from the ordinary, something holy. Or maybe, it was simply because the holidays drew a bigger audience for “The Cousins” than a regular Shabbat dinner.

To me, Rosh Hashanah feels like the pinch of white dress socks with lace sticking out of shiny black party shoes, like the stiffness of a skirt that makes it so much more difficult to run around a synagogue lobby. I hear the distinct vibrating sounds of an apple going through the peeler for my mom’s apple cake, and can taste the remaining stringy apple peel as I collect it in my hand before letting it fall to the garbage. I remember the excitement of the doorbell ringing as our house fills up with guests, always beginning with my grandparents and ending with my cousins who were notoriously late to everything, significantly cutting into our pre-meal practice time.

More than chicken soup or brisket, which I haven’t actually eaten in over a decade, it’s those memories that I crave. This year will not be my first Rosh Hashanah away from my family (I missed two during the years I was living in Israel), but last year, our band officially split up. Now we’re scattered between LA, New York, Detroit, and Sa’ana, Yemen—making it particularly difficult to practice.

This year, Rosh Hashanah will also mark the first holiday meal that I make on my own—and it’s a BIG deal to me. I have such vivid memories of my mom, aunt, and grandmothers making holiday meals that it’s quite difficult for me to imagine that although I have my own apartment and career, I am joining their ranks. My mom can make a meal for 30 in just 2 days, and though she sometimes complains, I know it is actually one of her greatest joys in life. And one that must be genetic, because there is very little that brings me more joy than making Shabbat dinner for those that are close to me.

But, this is a holiday meal. It’s a much bigger deal. Naturally, in thinking about planning 6 meals for my 6 overnight guests, plus those who are coming just for meals – I called my Bubbie for reinforcement. What is your matzoh ball recipe? Could she remember my aunt’s chocolate mousse recipe—or was that only for Pesach? Could she enlighten me with any tricks of the trade? My Bubbie graciously gave me her matzoh ball recipe, but I won’t repeat it here for fear of giving away her secret. (I will say that even though I accidentally quadrupled the recipe and got a pretty nasty burn, I think I nearly perfected it.)

At the very least my cooking style is different from my bubbie’s—and at the most, it’s diametrically opposed. In fact, she asked me more than once over the course of our conversation, what I planned on serving for my guests and how I could make a meal without meat. And then, she told me that I should make this very delicious cake recipe that she had hand-written on an index card that she to me ingredient by ingredient, step by step over the phone.

To those of us in the food world, particularly in the Jewish food world, a hand written recipe from your bubbie is nothing short of pure gold – even if it’s a recipe for sawdust. So long as it’s handwritten, you will make it, enjoy it, and feel nostalgic and superior for eating it. So, even before she started telling me the recipe I had made up my mind that I was going to make this cake. And then one of the ingredients was canned cherry pie filling. Canned. Cherry. Pie. Filling. A can of high fructose corn syrup and America’s obesity epidemic globbed into one hot pink gooey, sticky indiscernible concoction. What’s a millennial, foodie, soon-to-be health-coach to do but follow the recipe exactly as it was dictated? So that’s what I plan to do – because sometimes tradition trumps all else, particularly in the form of Bubbie’s handwritten recipe. But future grandkids be warned, you will be getting hand written recipes for lentil cookies and black bean brownies.

Mix together first 8 ingredients, then fold in the rest
Pour into a greased tube pan
Bake for 1 hour at 350 degrees
Cool completely before taking it out (now that means completely, or the whole thing will fall apart).

author’s note: By the time this post goes live, my cousin living in Yemen will have flown home to surprise my entire family for the Holiday!