For the Love of a Bagel: Bringing Bagels Down Under 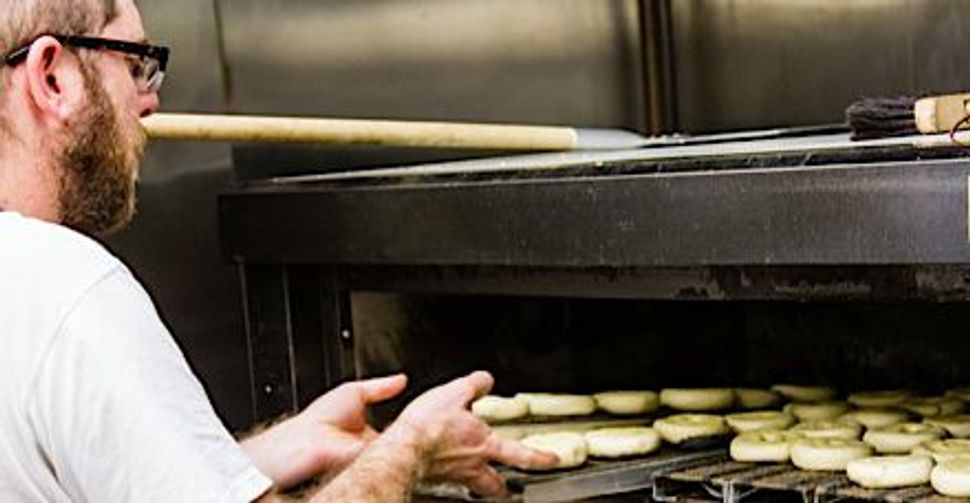 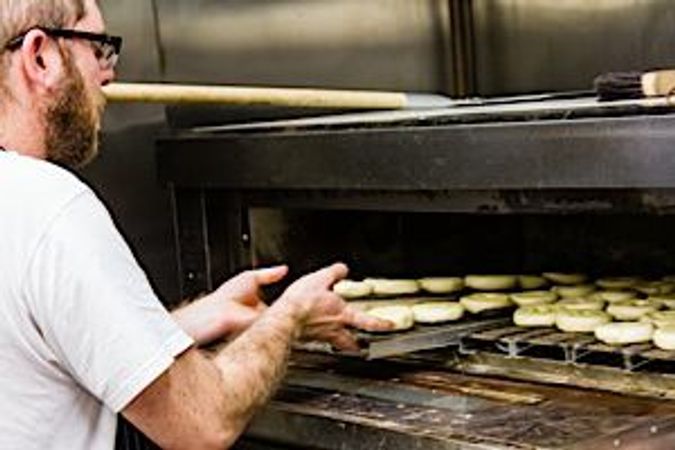 The Melbourne troika of established bagel bakeries — Glicks, Haymishe and Aviv — each have a strong following, willing to defend their beliefs to the last poppy seed. Variously a substrate for avocado, vegemite (this is Australia after all), smoked salmon, egg-and-onion-dip, herring or chopped liver, each bagel has been a link in the chain to the Polish heritage of much of Melbourne’s Jewish community.

Until recently, Melbourne’s bagel-belt never had its authenticity questioned. That was until Zev Forman showed up.

“There are bagel places in Melbourne that make really nice bread products that I wouldn’t really call a bagel. They’re too big; too fluffy. They’re basically bread rolls with a hole.”

When the New Jersey native moved with his Melbourne-born wife Naomi to her hometown, he encountered a local culinary deficiency.

The reception was warm and enthusiastic. The bagels were flavorful and had a delightful chewy texture. Demand increased beyond the family fold. Soon a local farmers’ market agreed to have a bagel stall.

“A year ago I was working in fine dining. My nights have gone from finishing at 3am to starting at 3am.”

Forman and his 5 & Dime Bagel Company have already built a fanatical following in a food-loving city. His bagels are served at Melbourne’s trendiest cafes, including in the New York-themed From Bowery to Williamsburg and he regularly sells out at the farmers markets he still attends. 5 & Dime also bakes to order but you’ll have to place that order in advance.

Forman worked through a number of recipes settling on a dough that enjoys a long, slow, cold rise. The dough is then is hand-rolled, seasoned (his varieties come in plain, poppy, sesame, everything, cinnamon and raisin), boiled in malt, and baked. Sourcing the right ingredients though, has proven the challenge—primarily the type of flour.

“You can’t make a traditional bagel without the high gluten and the strong flour that you find in the States,” says Forman. So, he turned to a flourmill in Southern Australia that is developing a flour specifically for bagels.

“As much as I can, [I keep the bagels] traditional, but using local ingredients — and using the best Australian ingredients,” he explains. Forman is also planning to move into native flavors — he’s playing with endemic berries and limes.

“If my ancestors had come to Asia or Australia, instead of New York, they would have put different things on the bagels. It wouldn’t have been poppy seeds or sesame seeds.”

Forman is looking to open a shopfront of his own. He wants his fans to bite into bagels at their best — which if you ask him, is within four hours of being baked. (Though, this writer has enjoyed many of 5 & Dime’s bagels the next morning, toasted and schmeared).

But he doesn’t have all his bagels in one basket. Forman’s thinking about pairing bagel malts to beer malts. In-house cream-cheese schmear is in the works. And a pop-up store in an art gallery is on the way.

Apart from the Melbourne zeal for his product, it’s Forman himself who knows, at the end of the day, that his bagels are just right.

For the Love of a Bagel: Bringing Bagels Down Under