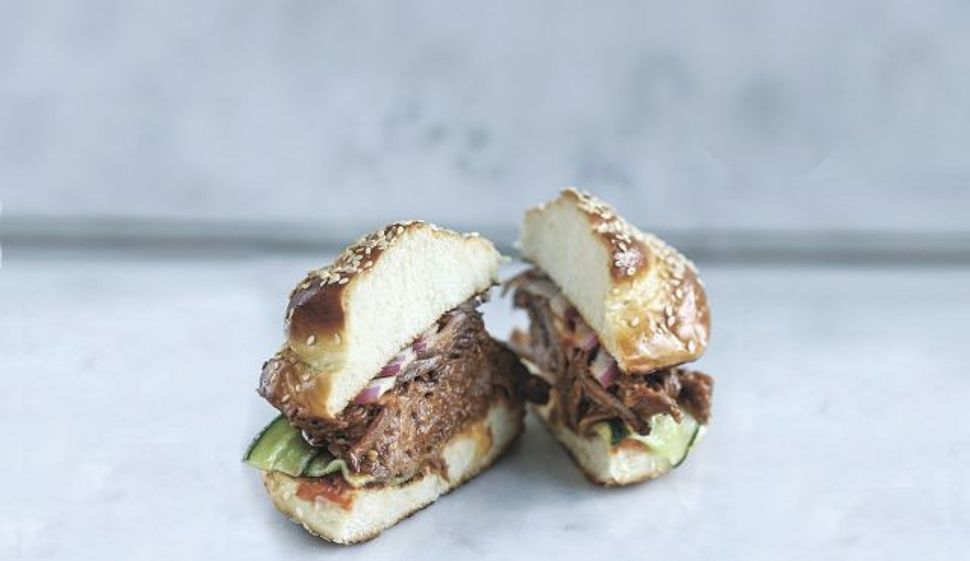 Short ribs in a white bread sandwich from Cafe 48. Image by Haaretz/Dan Peretz

“A few months ago, Noah Bernamoff, the founder and owner of the Mile End Deli in Brooklyn, came to the restaurant, and at the bar we began a fascinating conversation that lasted for almost four hours. We spoke quite a lot about the pickled and smoked meats that have earned his delicatessens an international reputation. This is a man who never studied cooking formally, and I told myself that if he can devote years of trial and error to deciphering the code of perfect pickling, I can continue to experiment, too.

“The result, inspired actually by a traditional French technique, is tongue that is marinated in salt and spices for at least five days before you cook it – for at least five hours – then cool and peel it. I could have combined a million other flavors with the juicy meat, but for some reason, for me it connected with the classic horseradish, purple onion and mustard.”