Israel’s Newest Wineries Are at Home 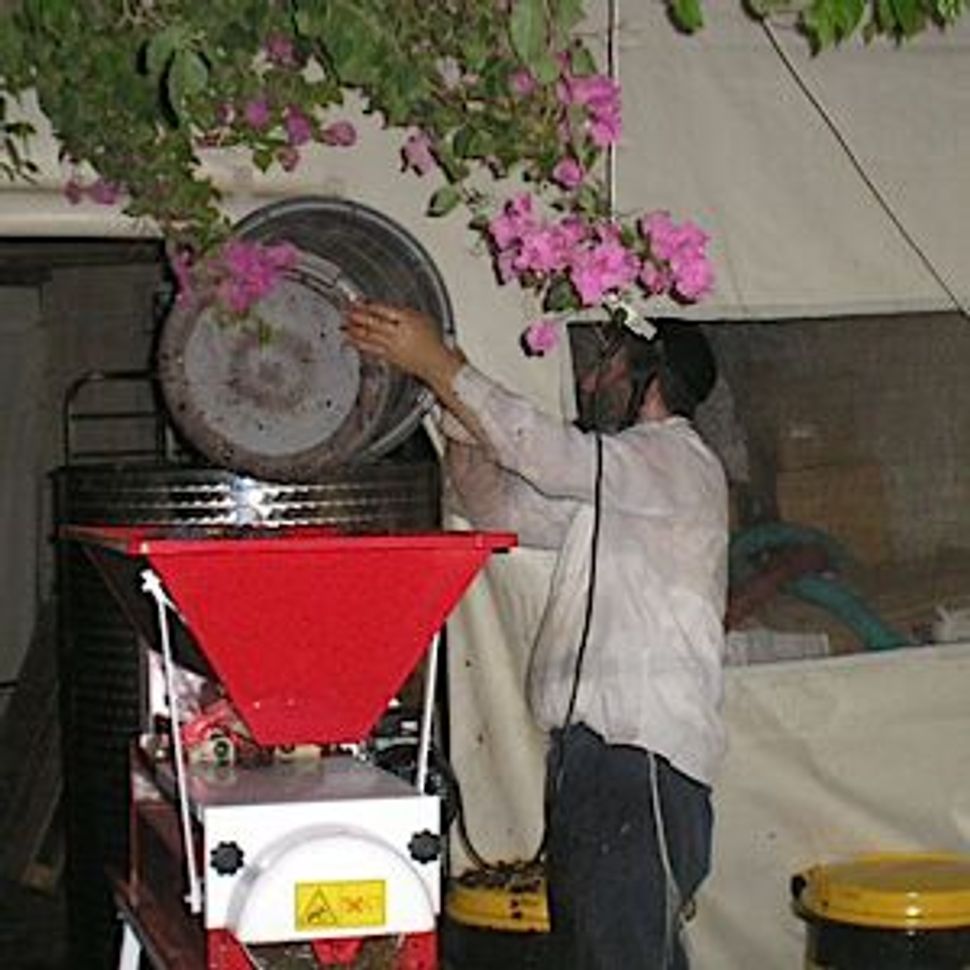 Israel’s wine culture has never been that of Italy or France. For generations, wine was a weekly Shabbat treat. But many Israelis are starting to appreciate the gift of a quiet glassful at the end of the work day — and more and more they’re making this wine in their homes. It would be easy to assume that this trend is limited to young, secular Israelis taking part in the current obsession with maker culture but religious Jews are just as involved, buying grapes from nearby vineyards and making wine in their homes.

I caught the winemaking fever from home-brewing friends whose Merlot and Cabernet Sauvignon convinced me that I too could make good wine. 300 kilos of Cabernet Sauvignon, Merlot, and Reisling grapes, to be exact. I couldn’t have gotten them on my own. I joined a wine club, a Haredi neighborhood co-op organized by a family in Beit Shemesh. Israeli vineyards contract their harvests early in the year, usually to the big wineries, but the co-op organizer had wangled two tons of grapes from a small vineyard. The crates were to be delivered to his building when they’d reached their peak, one September evening.

It was late afternoon when I drove up to the parking lot. A cluster of bearded men in the standard Haredi dress of black trousers and white shirts stood waiting for the grapes to arrive. The rented electric crusher rumbled gently, rigged up to power cord let out from someone’s apartment window. The truck from the vineyard drove in, and the men began unloading crates full of small, juicy black grapes. I was the only woman present; the men jokingly called me “Rebbetzin.”

Twilight drew in. A light bulb cast a yellow light over the figures of the men tipping grapes into the hopper, cleaning stems away, filling barrels. A lightening storm in the distant Judean Hills threw its incandescent forks down and blew a cool wind in our direction. I thought of the stone winepresses carved into those hills, where our fathers pressed the grapes with their own feet in ancient times, and how the trees and cold rain were the only visitors there now. I felt a frisson that had nothing to do with oncoming storm. Those centuries have passed, but we’re still here, still making wine.

The splashing juice stained the men’s white shirts as the barrels filled. Being a rebbetzin, they brought me a chair and didn’t allow me to help. I was happy to sit and watch them heaving the crates around. Two hours later, all the grapes had been crushed. Each rolled his barrels into his car to finish the wine at home. My yield was 150 liters. The cost was about a third of the same amount bought commercially, and the wine, after maturing for two years, was good, ordinary table quality that my family drinks at the end of a long day, on holidays and with friends and guests.

I recently visited an entirely different sort of home winemaking operation. Knitted kippa-wearing Malkiel Hadari, 61, of Hod Hasharon, converted his basement to a commercial winery. He named it Gitot Diem, a complicated play on mixed Hebrew and Latin to mean “Today’s Wineries” but which also hides the initials d and m – for his wife, Dina, and himself, Malkiel. Hadari’s small winery produces 2500 bottles a year. This production keeps him in the “garage” category, although the conditions are as unlike as possible from the real garage where I’d first homebrewed. In the winery is a small lab where Hadari titrates the juice’s acid and pH and makes finely measured corrections. His grapes are crushed, fermented and pressed in industrially chilled rooms. The wine matures in French oak barrels. Nothing like my little apartment winemaking.

The first thing Hadari did was to pick a bunch of grapes out of a crate. “Look at this,” he said with pride. “My family and I go through each bunch, discarding any immature grapes by hand. Only then do they go in the crusher.” Yes, the grapes looked cool and perfect there in his hand. 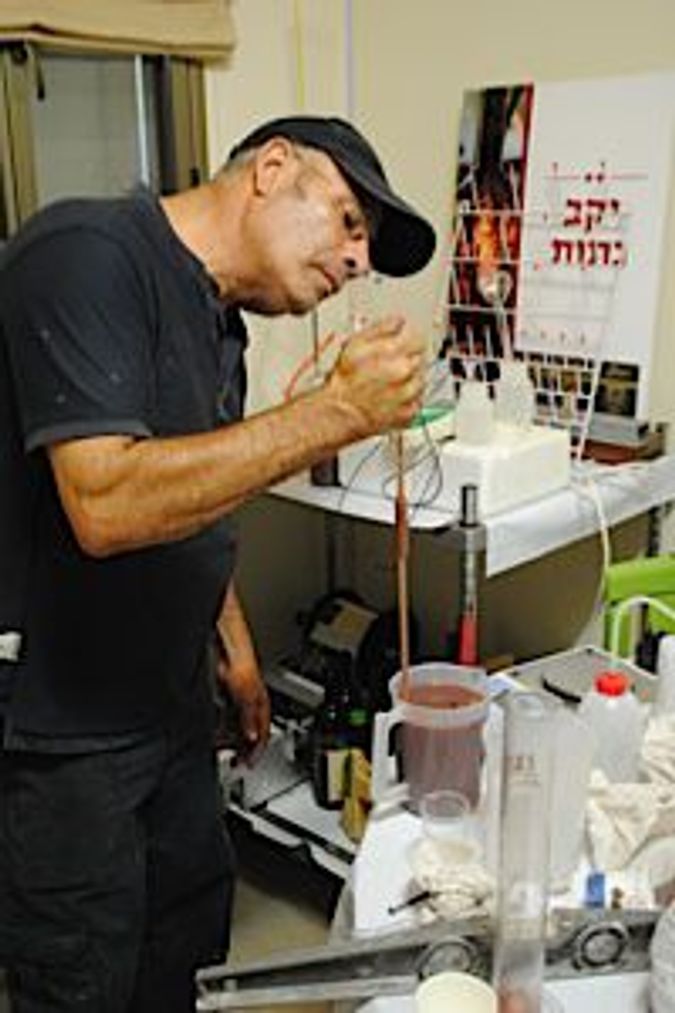 Like other small winemakers, Hadari’s biggest problem is getting enough grapes. “I buy an entire quarter- or half-acre of grapes from the vineyard,” he told me. “It’s in the Golan, and I visit there once a week over the growing season. The owner must treat the grapes according to my requirements, and I’m very particular. I hardly sleep during the harvest, I drive my grapes home myself, in my van.”

Despite his enthusiasm and dedication, Hadari’ doesn’t expect to expand his business — he works full time at a high-tech company and looks forward to continuing to perfect his wine as a post-retirement career. Before I left I looked around again. Dina Hadari and two nieces were sorting grapes by hand. His son was pouring yeast into the crushed grapes and juice and tipping the mass into big steel fermentation tanks. Hadari excused himself to titrate the latest batch of freshly pressed juice. All was quiet concentration in this family business.

I left Gitot Diem with a bottle of very good Merlot in my hand, smiling over the difference between his methods and mine. On one hand, a certain rough romance. On the other, science and calculation. In both cases a living connection to Jewish tradition and to the land. Who’s to say which gives more satisfaction, and does it matter? In the end, what matters is the good red wine.

Israel’s Newest Wineries Are at Home