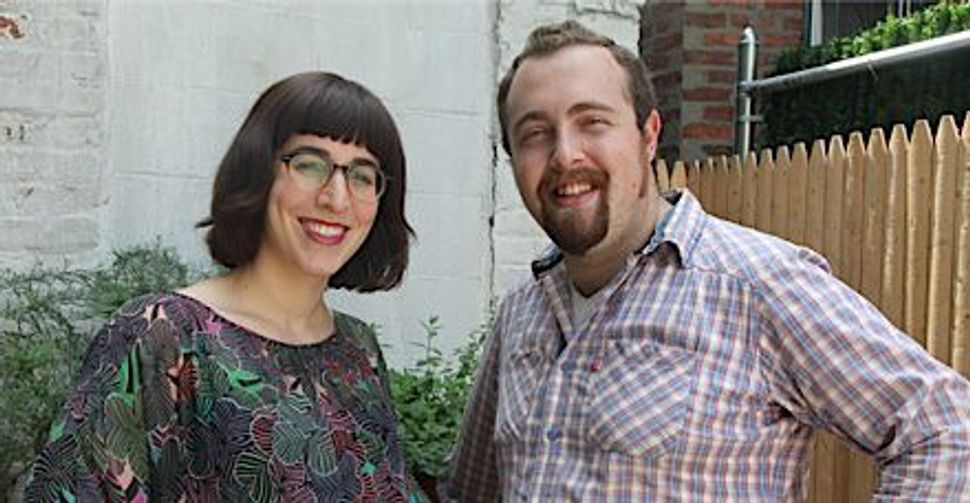 Let’s face it: If you’re a young, hip, kosher-keeping Jew living in New York City, there aren’t many places to get a really good bite of food and a drink — not to mention go on a date with that guy or gal you just met on JDate.

Itta Werdiger Roth and Sasha Chack are hoping to fill this culinary void with their new restaurant Mason & Mug in Prospect Heights, slated to open in late October or early November. The 30-seat space with an open kitchen and outdoor patio will serve small plates of vegetarian “global street food,” says Roth, who formerly ran the Hester, an uber popular kosher supper club. While the menu will change seasonally, Roth says diners can expect “bahn mi, fish tacos, soups in the winter, and things that pair well with beer like crostini… and maybe a cheese platter.” To wash down those tasty morsels, the restaurant will offer a selection of locally brewed beer and kosher wines. In many ways, Mason and Mug sounds like it will have much more in common with its Brooklyn neighbors than its kosher competitors.

The pair will focus on evening service (which will be ordered at the bar) and a Sunday brunch. But plans are in the works to eventually open a small food provisions shop in the space, where items from their menu like fresh baked breads and house-made jams could be purchased on the go. Roth describes the idea as a “Place to get supplies for a Sunday picnic in the park.”

Whether the combo of kosher and Brooklyn will be a hit, we will have to wait (hungrily) and see.