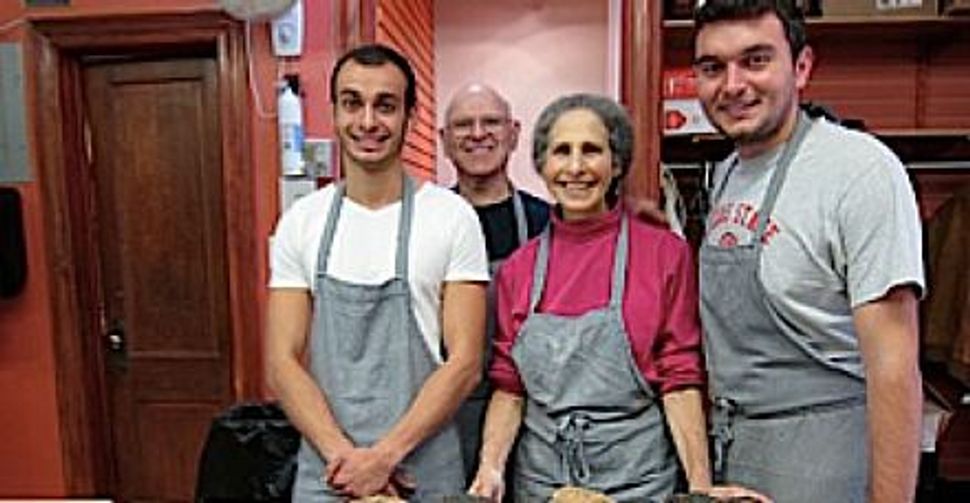 Image by courtesy of Jesse Blonder 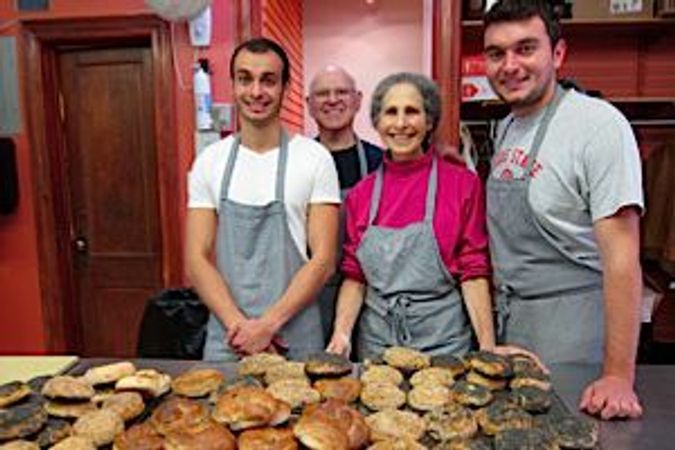 Image by courtesy of Jesse Blonder

The saga starts with a pair of twentysomething Romanian entrepreneurs, Alexandru Petrescu and Ioan Rusu, who were seeking a novel menu item to launch their Bucharest food truck.

Online research led them to bagels. In September, the pair got on a plane to New York City, the putative bagel capital of the world (sorry, Montreal). After touring bagel bakeries across the five boroughs, Petrescu and Rusu wanted to learn the ins and outs of bagel-making.

They called on Brooklyn’s Center for Kosher Culinary Arts and Lynn Kutner, a master baker who teaches a course called Jewish Baking Classics.

“They looked us up online, and said they were looking for a place to learn about bagel-making,” Jesse Blonder, the Center’s founder and managing director, told the Forward. “They looked at culinary schools and a few people who do private lessons. Between the fact that we’re kosher and that bagels are associated with Jewish food, they chose us.”

And Bagel Boot Camp was born. Petrescu and Rusu “had some general knowledge about bagels, but their practical skills were at a basic general level,” Blonder said. “But they did their homework. They’d tasted bagels, and they knew what kind of product they wanted. They’re not chefs or professional bakers. They’re entrepreneurs.”

The $750 class began with a four-hour workshop with Kutner and Blonder, and “we stuck around another hour just talking,” Blonder said. “I was very curious myself. I wanted to know what they planned to do, what kind of business they wanted to open, what they felt the market for this was. They said nobody knows what bagels are there.”

With the pair set to launch their food truck in a corporate park in central Bucharest, “they wanted to have a signature item that would distinguish them and be easy to market. The image of bagel, associated with New York, was how they’d brand themselves.”

So what are the basics of a great bagel? “It all starts with what kind of flour you use,” Blonder said. “We use a high-gluten King Arthur brand flour. Lynn prefers it; she says it gives bagels the characteristic chew.” After mixing the flour and water, dough gets “proofed” — leavened — Blonder said to let it rise. The dough is then rolled and shaped, proofed again, then boiled, seeded, and baked.

The pupils learned well, Blonder said. “We baked dozens and dozens of bagels, and they were all great because they did what we showed them,” Blonder joked.

Still, Blonder said, “I’m curious to know how the product comes out, especially because everyone says New York bagels and pizza are so good in New York because of the water. Given the fact that their water’s much different, I’d love to taste it and see. Failing that, I’d love to see pictures. And, of course, I’d love to hear how their business goes.”

Petrescu and Rusu, alas, did not return requests for comment.