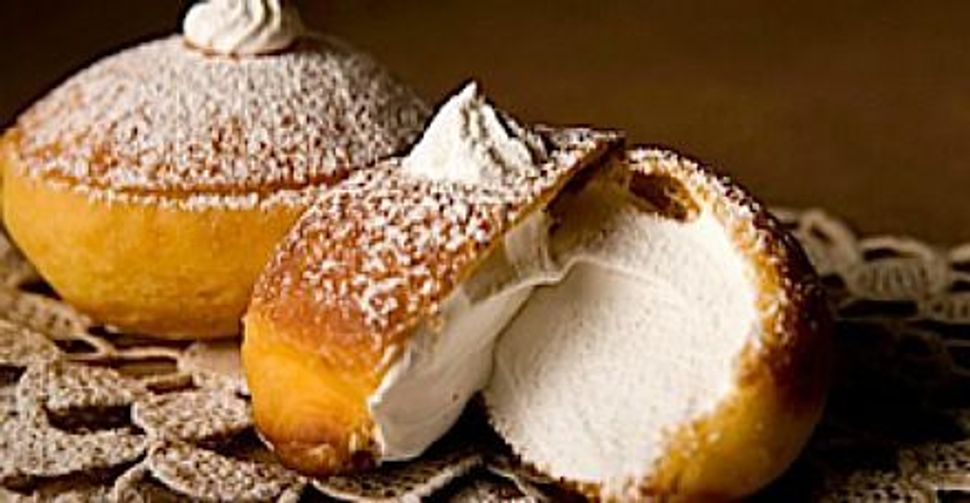 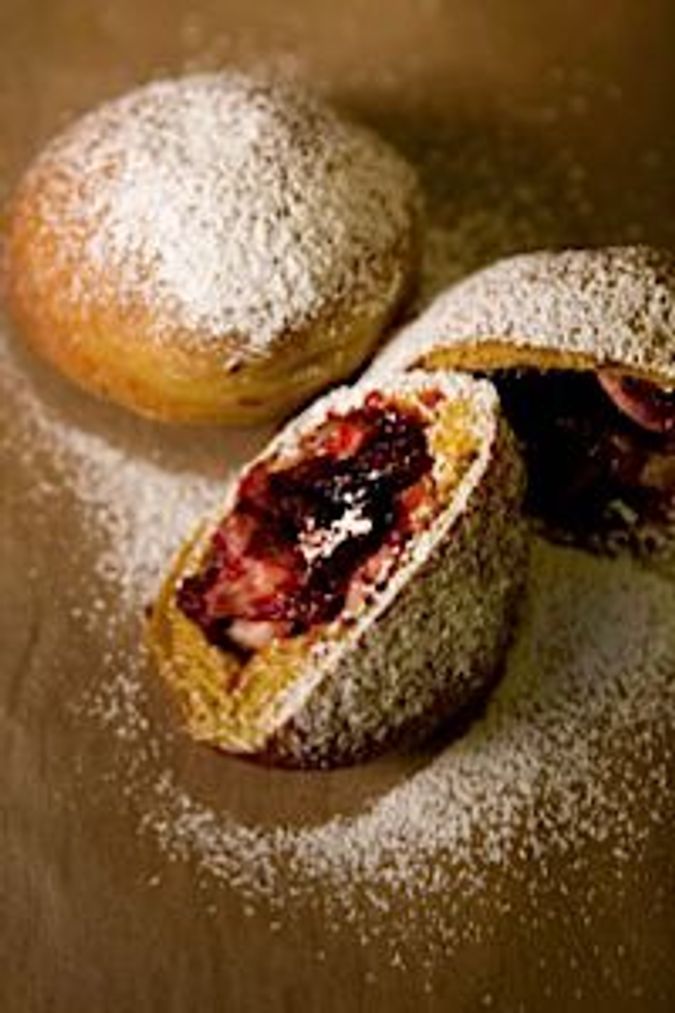 Image by Courtesy of Zucker Bakery

Even if you love turkey dinner and a deep-fried glazed doughnut, the thought of the combining the two may not have occurred to you. But, in the age of the cronut and bacon-flavored everything, of course the rare overlap between Thanksgiving and Hanukkah could not leave the pastry world unmarred. In honor of the holiday, the brave owners of Zucker bakery have created a holiday pastry Frankenstein: the turkey-stuffed sufganiyah.

If the idea of a turkey-stuffed doughnut has you clutching your stomach in horror: Don’t. It sounds radical, but in reality, it’s more of an upscale hot pocket. Zucker bakery actually produces a couple versions of the sufganiyot, one stuffed with turkey and gravy and one with an inside full of turkey and cranberry sauce. Both are made with pumpkin dough and dusted with just a touch of powdered sugar, and are smaller than the average Dunkin Donuts gut-buster.

The turkey-cranberry sufganiyot has a pleasing tangy-saltiness to the filling, and a crust that’s just slightly sweet thanks to the addition of the pumpkin. It brought to mind a post-Thanksgiving leftover sandwich, the tasty bits of the big meal encased in flakey bread. The turkey gravy one, which the bakery had run out of by the time I visited (demand for fusion pastries in New York City, as those following the cronut chronicles well know, has reached an all time high.) It promises a similar experience, only without the tang of cranberries. Both will run you $5.00. 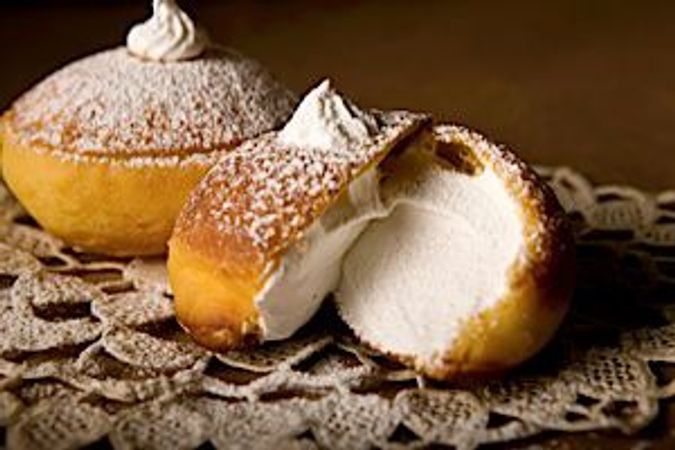 Image by Courtesy of Zucker Bakery

The bakery also offers two other doughnuts in their Thanksgivukkah line, a toasted marshmallow with sweet potato dough and a more familiar jelly donut. The sweet potato dough, toothsome and heavy, nicely offsets the poof of marshmallow in the center and the swoop of charred marshmallow up top. Imagine a sweet potato casserole with baby marshmallows, condensed, and with the ratio reverse: just enough of the flavors of a Thanksgiving meal, without the family drama. It’s a nice snack, but not quite worth $4.50 for a modestly sized pumpkin muffin with a heavy dose of marshmallow fluff.

If this sounds appealing, you can put in your orders for the holiday treats online. The pastries are going so fast that the owners may keep going with them even after the Thanksgivukkah leftovers are long gone.