The Best Jewish Cookbooks of 2013 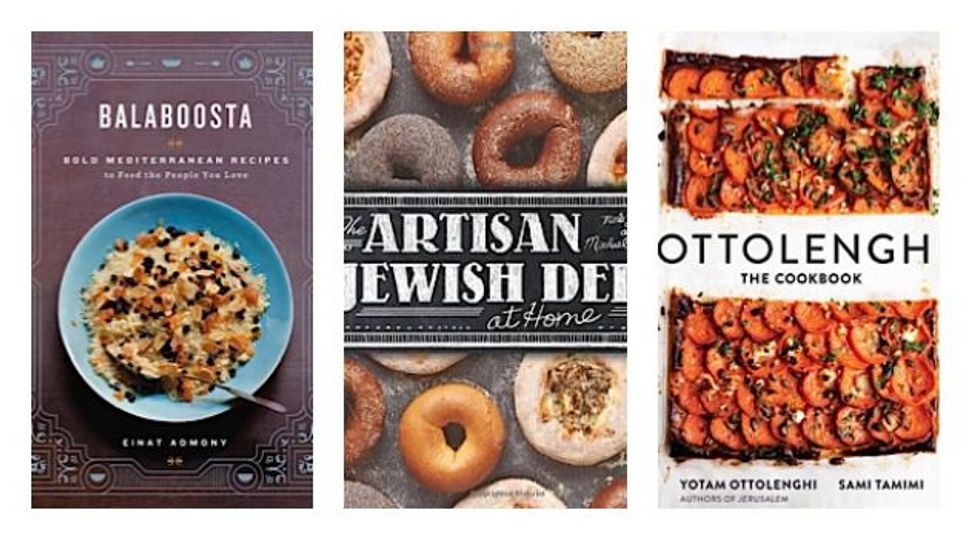 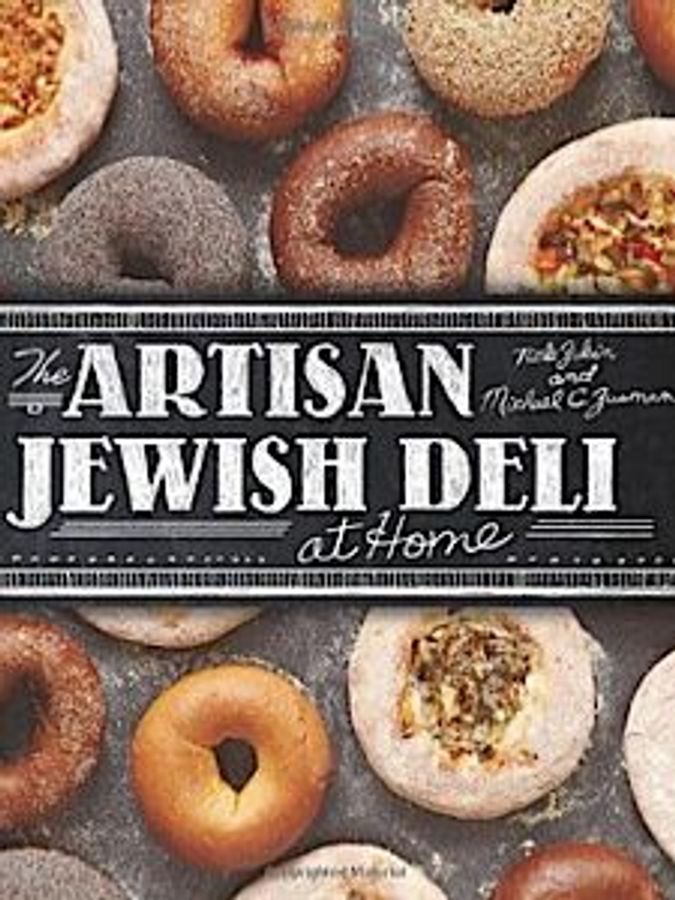 This has been a tremendous year for cookbooks. Choosing just eight to recommend wasn’t easy, but we taste tested, read and, frankly, salivated over a lot of photos to find the best books to recommend to you this Hanukkah season. You will find four here and four more at forward.com/food, one book for each night.

While a hefty vegetarian and international vegan book are among our favorite this year, carnivores need not worry. A book devoted solely to chicken fat — imagine! — made our list, plus one with four seasonal brisket recipes that helps you bring home the deli with an easy do-it-yourself pastrami recipe. Books from two Israeli chefs introduce some Middle Eastern flavors, and a husband-and-wife team offer some refreshing reinterpretations of Jewish classics.

All these would make a great Hanukkah gift, or perhaps leaving a marked-up clipping of this list lying around in a prominent place could yield some favorable results — not only for you, but in the form of some shared memorable meals in the not-too-distant future.

1. What does Portland, Ore., know from Jewish deli? A lot, as it turns out, thanks to Nick Zukin and Michael C. Zusman, authors of “The Artisan Jewish Deli at Home.” Featuring recipes from Portland’s Kenny & Zuke’s Delicatessen as well as other new wave Jewish delis, like Mile End and Caplansky’s, this book is perfect for anyone who wants to try boiling his or her own bagels at home or making an extraordinarily succulent and flavorful pastrami — no smoker required. But simpler deli recipes abound, as well. There are numerous variations on egg, potato and chicken salads, as well as soups from matzo ball to kreplach, mushroom barley and borscht. 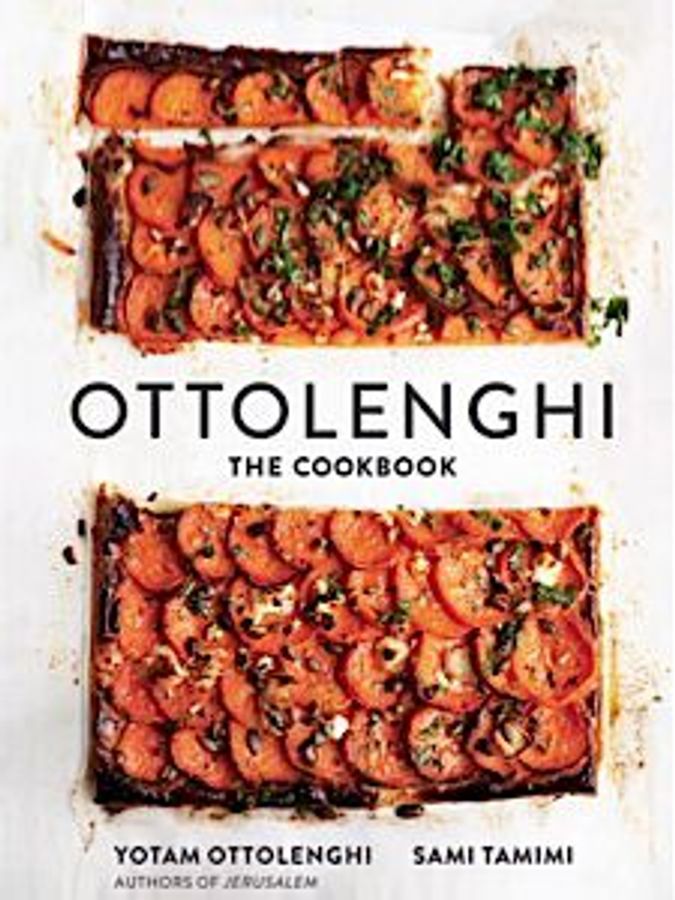 2. The buzz still hasn’t died down from last year’s “Jerusalem,” but already, the London-based Israeli Jewish and Palestinian dynamic duo Yotam Ottolenghi and Sami Tamimi have another book out: “Ottolenghi: The Cookbook.” This is the third year running that an Ottolenghi book is on our list. Featuring dishes both savory and sweet from their incredibly popular London takeout shops, “Ottolenghi” was their first book to come out in the United Kingdom, but it just made its way stateside. While salads and vegetable sides dominate (along with mouthwatering photos), there is a fair number of entrees, and plenty of tempting sweets. Their roast chicken with saffron, hazelnuts and honey is perfect for a holiday meal, and sweet potato galette with goat cheese is on our next dinner party menu. Surprising combinations also sneak into the book, like mixed mushrooms with cinnamon and lemon.

3. In New York, Einat Admony is the queen bee of Israeli cooking. The chef and owner of Taim falafel and the more upscale Balaboosta released her first book this year: “Balaboosta: Bold Mediterranean Recipes To Feed the People You Love.” The book’s gorgeous photos and straightforward recipes will call even the most timid cook to the kitchen. While the title is Yiddish, Admony herself is of Persian and Yemenite heritage, and it shows in her well spiced recipes, like her mom’s chicken with pomegranate and walnuts, and lamb chops with Persian lime sauce and kubaneh, a Yemenite bread baked overnight. A variety of Israeli dishes — and some Palestinian ones — are sprinkled throughout. 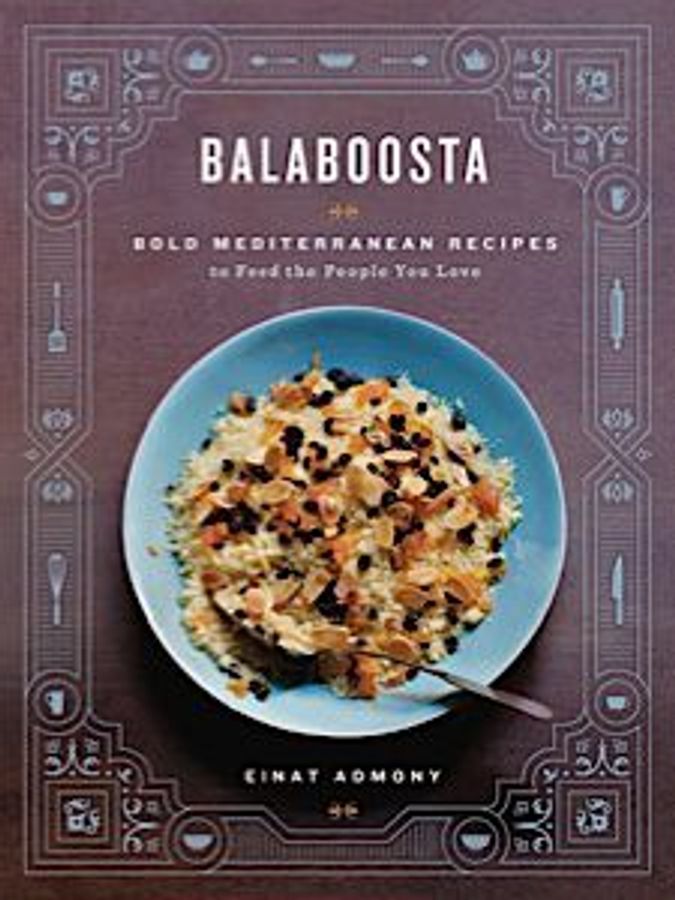 4. “The New Jewish Table: Modern Seasonal Recipes for Traditional Dishes” by Todd Gray, Ellen Kassoff Gray and David Hagedorn grew out of a New York Times article by Joan Nathan about non-Jewish chefs married to Jews. The owners of Equinox restaurant (Kassoff Gray is Jewish, Gray is not) in Washington, D.C., have updated Jewish classics with more flavorful and modern takes, like fig and port wine blintzes, and falafel with pickled vegetables and minted lemon yogurt. While one or two mixed meat-and-milk dishes do appear, each recipe is classified as meat, dairy or pareve, and entire kosher menus are suggested for the Jewish holidays. Matzo-stuffed Cornish game hen for Hanukkah, anyone?

5. Mollie Katzen could be resting on her laurels by now, but no, the author of the original Moosewood cookbook is still busy in the kitchen, and she’s taken a very healthy approach. “The Heart of the Plate: Vegetarian Recipes for a New Generation” offers recipes like mushroom stroganoff over cabbage “noodles” with toasted barley dumplings, and kimchi stew with mung bean threads, tofu and mushrooms. Her signature drawings are sparse in this volume, but lovely. Katzen’s recipes aren’t overly complicated, and she offers numerous ways to enhance each dish. (kosher)

6. If Katzen is everyone’s favorite Jewish vegetarian cookbook author, Isa Chandra Moskowitz is her vegan counterpart. The former Brooklynite is a best-selling cookbook author, penning both “Veganomicon” and “Vegan With a Vengeance.” Her latest book, “Isa Does It: Amazingly Easy, Wildly Delicious Vegan Recipes for Every Day of the Week ,” offers a sampling of global cuisine made with veggies. With many of us eating less meat these days, recipes like sweet potato gnocchi with Brussels sprouts in cashew tarragon cream sauce; harira, a Moroccan tomato and lentil soup, with eggplant, and a mushroom banh mi will keep even the most devoted carnivores pleased and, more importantly, full. (kosher) 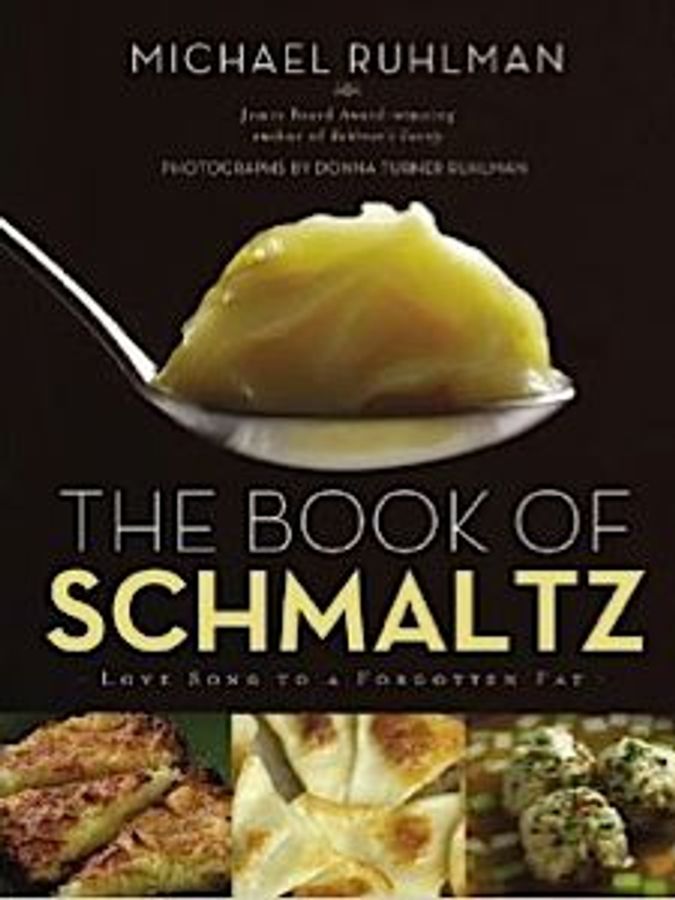 7. Leave it to a self-described goy to write “The Book of Schmaltz: Love Song to a Forgotten Fat.” The James Beard award-winning author Michael Ruhlman has done just that in his ode to the classic Jewish ingredient. While the three Ks— knishes, kugel and kishke — can be found within, schmaltz also manages to work itself into plenty of other dishes, too, like schmaltz-roasted potatoes with onion and rosemary, and Parisienne gnocchi with spinach, onion and a poached egg.

8. While neither of these is a cookbook, both “Russ & Daughters: Reflections and Recipes From the House That Herring Built” by Mark Russ Federman and “Katz’s: Autobiography of a Delicatessen” by Jake Dell, with photos by Baldomero Fernandez, are sure to please anyone who has fond memories of eating on Manhattan’s Lower East Side. Katz’s fans can take a walk down memory lane with a book of photographs, and Russ aficionados get to step behind the virtual counter to learn about the family business.

The Best Jewish Cookbooks of 2013