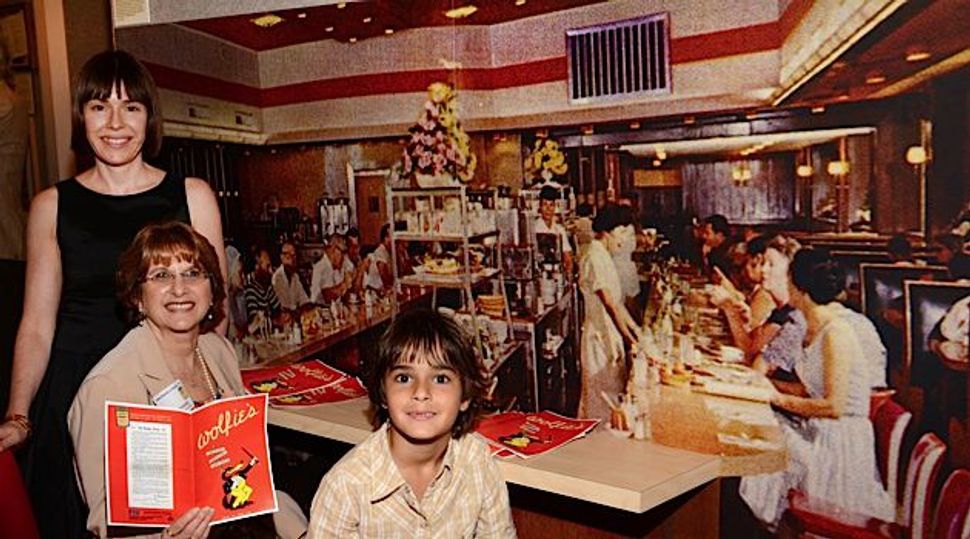 Image by Courtesy of Jewish Museum of Florida ? FIU 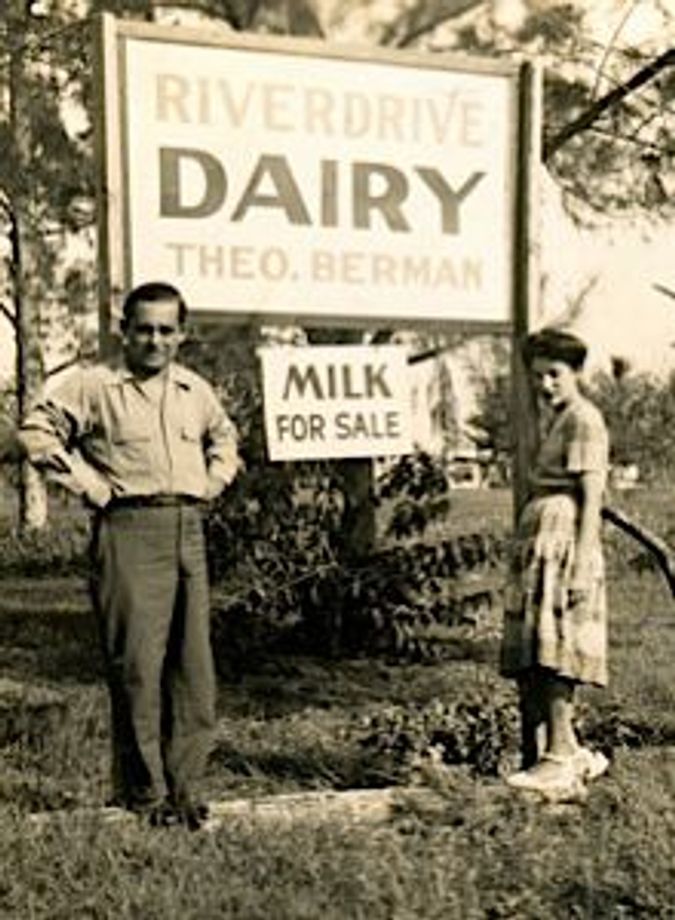 Image by Courtesy of Jewish Museum of Florida ? FIU

My most pungent memories of annual childhood trips to Miami Beach involve food. There were free bowls of pickles at Rascal House, matzo ball soup at Pumpernik’s, danish at Wolfie’s.

But as a new exhibition at the Jewish Museum of Florida – FIU reveals, there’s much more to Jewish food in the Sunshine State than deli. As its title implies, Growers, Grocers & Gefilte Fish: A Gastronomic Look at Florida Jews & Food highlights key roles Jews have played in Florida’s food industries, from citrus groves to farms to canneries.

Among the highlights at the meticulously curated show: A full size replica of a revolutionary rolling chicken coop invented by a Jewish farmer; a giant soft-sculpture bagel, encrusted with 32,000 Swarovski crystals, by Coral Springs artist Jonathan Stein; and a recreation of Wolfie’s legendary lunch counter, complete with stools and menus.

The Forward spoke with Jo Ann Arnowitz, the museum’s executive director and chief curator, about the show’s tasty offerings.

Why were Jews drawn to food—related businesses in Florida in the first place? Based on what I saw in the show, there seems to have been an unusually high concentration.
Jews who settled here from all points on the globe adapted to their lives in the Sunshine State by working in any type of business where they could make a living, including becoming produce growers and cattle ranchers — not professions that naturally come to mind when you think of Jewish family businesses.

There’s a lot of surprising information in the show, like the number of Jews involved in dairy farming or citrus growing. What was the biggest surprise for you in curating the show?
I think what surprised me most was not that Jews became dairy farmers or citrus growers in Florida, but that so many of these businesses were passed down through the generations, some still run by the same family for as many as six generations.

In terms of cultural impact, how would you rank the Jewish influence on food and food culture in Florida? The show makes it seem enormous.
There was certainly a strong Jewish influence, especially with the plethora of iconic delis and diners serving Jewish style foods made from their grandmothers’ recipes, preserving their Jewish heritage and traditions, often serving them to the most famous celebrities of our times. Many kosher hotels also sprung up on Miami Beach, especially catering to vacationing northerners.

Florida Jews used their ingenuity to bring about revolutionary changes in the food industry, such as using mechanical refrigeration in packinghouses and trucks, creating a market to ship our famous Florida citrus to friends and family up north, selling hamburgers for five cents a piece at one of the first fast food restaurants in our nation and inventing a winning method for cooking Florida’s now coveted stone crabs.

It seems like a lot of Florida food businesses with Jewish roots took on mass-market names, like Shoney’s. Was there a need to hide a business’ Jewish roots, or was it purely about marketing?
Actually, many of the businesses featured in the exhibit carried family names, such as two that have been in operation for more than 100 years: Louis Wohl & Sons in Tampa, a distribution company started by Louis Wohl in 1897 and Lewis Bear and Company, which began as a wholesale grocer in Pensacola by family patriarch Lewis Bear in 1897. The same holds true for produce companies such as Heller Brothers, Winter Garden; Kahn Groves, Sebring; Bilgore Groves, Clearwater and butchers such as Sol Kahlenberg’s Kosher Meat & Poultry Shop, Miami Beach; and Safer’s Kosher Market, Jacksonville; dairies: Shader Dairy Farm in Farvilla 1913-1949; Berman’s Davie Dairy, Davie and much more.

You also included Burger King, Pollo Tropical, and Shoney’s in the show. What’s Jewish about them? The original owners of all these chains were Jewish. Ben Stein started Burger King in Jacksonville in the 1950s; Shoney’s was started by Alex Schoenbaum in 1947 and Pollo Tropical by brothers Stuart and Larry Harris in 1988.

You have a replica of Wolfie’s counter in the show. How do visitors react?
This is the biggest attraction of the exhibit — visitors love it. If you take a picture sitting on one of the stools, holding a replica of a Wolfie’s menu in your hand, it really looks like you are right at Wolfie’s counter. It brings back a lot of great memories for people, as does the whole show.