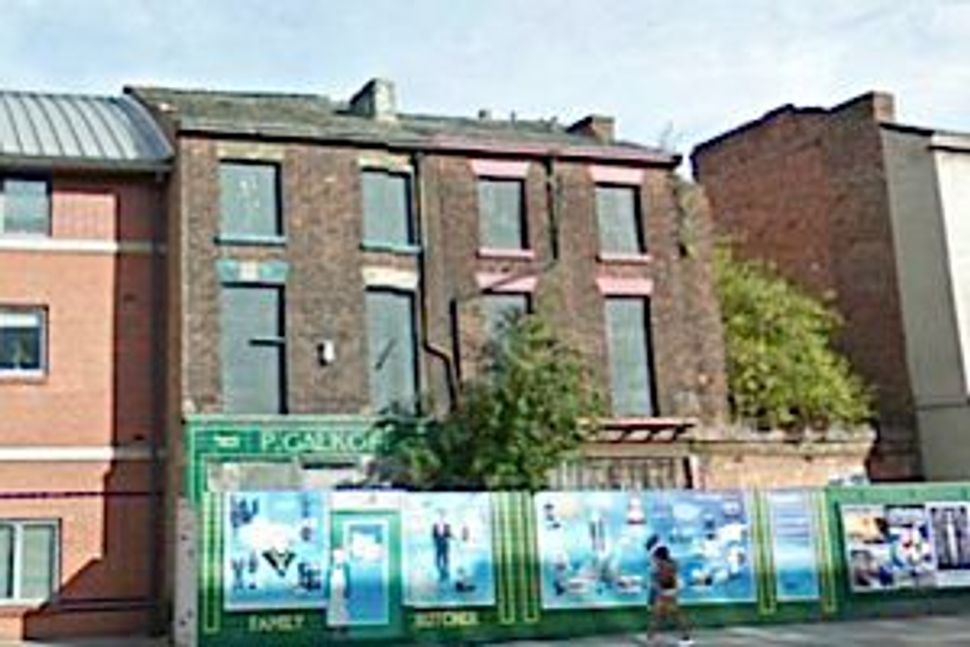 Galkoff’s kosher butcher in Liverpool that once supplied the Titanic with meat hasn’t sold a Shabbos brisket — or anything for that matter — since it closed its doors 35 years. But, the building’s historic façade, won’t be going anywhere anytime soon thanks to a donation from philanthropist Isaac Wolfson.

English Heritage recently ruled the building to be of national importance. It sold kosher meat to the Merseyside’s Jewish community from 1912 until it closed in 1979 and, importantly, to the famous Titanic ship.

Discussions are still underway between the Tropical Medicine Institution, which recently purchased the building, and English Heritage on how to best preserve the iconic and historic site.

But, hold up a minute… there was kosher meat aboard the Titanic?

Despite the ship’s famous yet tragic voyage, most have probably never even heard about its Jewish passengers, let alone the ship’s kosher meals service — complete with separate utensils and rabbinical inspection. But reportedly among the 2,225 people aboard, there were enough Jewish passengers to warrant a “Hebrew cook,” Charles Kennell, according to an article in the Dayton Jewish Observer.

Before then, the faithful, most often riding in third-class steerage, would pack their own kosher food, sometimes making for dangerous or even deadly voyages.

Little is known about the Jewish passengers aborad the Titan. But the day after the ship went down, an article published in The New York Times reported that “A score of the Titanic’s steerage were taken to the Hebrew Sheltering Home and Immigrant Aid Society, 229 East Broadway for the night.”