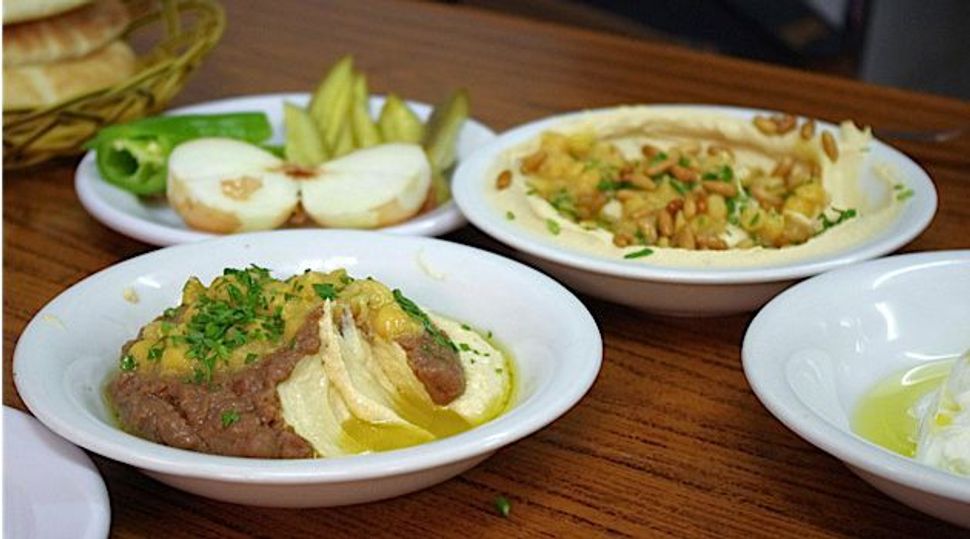 Image by Make Hummus Not War

At Hummus Lina in Jerusalem, bowls of hummus are topped with mashed fava beans. Photo: Courtesy of ‘Make Hummus Not War.’

On his hop around the world, filmmaker Trevor Graham sampled countless bowls of hummus. But which are his favorites? We found out:

Lina, Jerusalem: This Palestinian-owned restaurant is buried deep in the Armenian quarter of Jerusalem’s Old City and seats only a few guests at its seven tables. The owner, who has been making hummus for 35 years, inherited his recipe from his father. “There’s no air conditioning or fan; it gets quite hot, but the hummus is delicious,” and worth it, Graham said.

Soucci, Beirut: The owner of this famed hummus spot started making hummus when he was a child, 45 years ago, and “his father ran the place before him, and his grandfather started making hummus in the 19th century,” Graham said. While the hummus is some of the best, regulars also come for the atmosphere: “It’s just plastic tables and chairs, but you get prime ministers, opera singers, taxi drivers, locals going there.”

Pinati, Jerusalem: Outside the Old City walls, Graham likes to down his hummus at this small chain. “It became so popular, they opened up other shops in other parts of Israel,” he said. The shop’s hummus is super smooth and a bit lighter than others on offer around the country.

Hummus Place, New York City: Graham says the hummus at this mini-chain is delicious. though it’s been “slightly modified for the New York palette. The garlic’s been a bit toned down,” he noted.