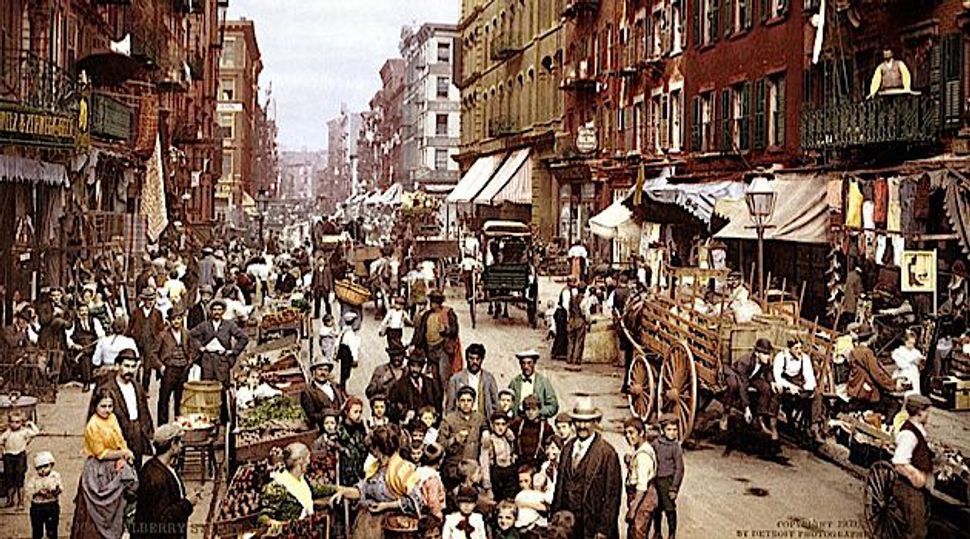 Kosher shops and restaurants once dotted the streets of the Lower East Side. Now, a small campaign is working to bring a kosher restaurant back to the neighborhood. Photo: Wikicommons

A front-runner has emerged in the fight to replace Noah’s Ark Deli, the last full-service kosher restaurant on the Lower East Side.

As the Forward reported last month, an online petition urging a kosher tenant for the Noah’s Ark space has collected more than 1,000 signatures. Now, Holy Schnitzel, a kosher mini-chain run by a pair of siblings and a former concert promoter, is lobbying the board of the building that owns the space to let it open its fourth location in the space.

Ofeer Benatalba, 31, and Sivan Benatalba-Afia, 24, founded the restaurants with Bill Spector, a veteran Manhattan scenester who lives in the East Village. The team has enlisted heavy-hitters like New York State Assembly Speaker Sheldon Silver to plead their case. Seward Park Co-op officials must still decide whether the Lower East Side, with an ever-shrinking Orthodox population, wants or needs a kosher restaurant.

“We can’t speak for our opponents,” Spector told the Forward. “But as the Lower East Side is a cultural institution that was founded on an immigrant settlement, we believe that incorporating history along with nostalgia…will enhance the location [more than] any other option on the table.”

The group envisions an eatery “in the vein of Schmulka Bernstein and Ratner’s, as well as Sammy’s Roumanian Steak House,” Spector said. Retro appeal would draw Jewish and non-Jewish diners, Spector contended; and ambitious food would help Holy Schnitzel compete with other Lower East Side establishments, not just kosher joints.

“We intend to create a destination location that will bring people, Jewish-observant, non-observant as well as non Jews alike,” he said. “We will also draw locals…Just as Nom Wah Tea Parlour did a spruce up of their location and brought in a new generation takeover, they were able to bring in new foodies and hipsters while keeping their Chinese base.”

Spector declined to share what Holy Schnitzel’s menu might feature. “We are currently working on our menu with multiple chefs and would prefer not to disclose our dishes until we have perfected them.”

He and his partners are now watching and waiting.

The board, which is set to vote on March 11, did not return requests for comment.