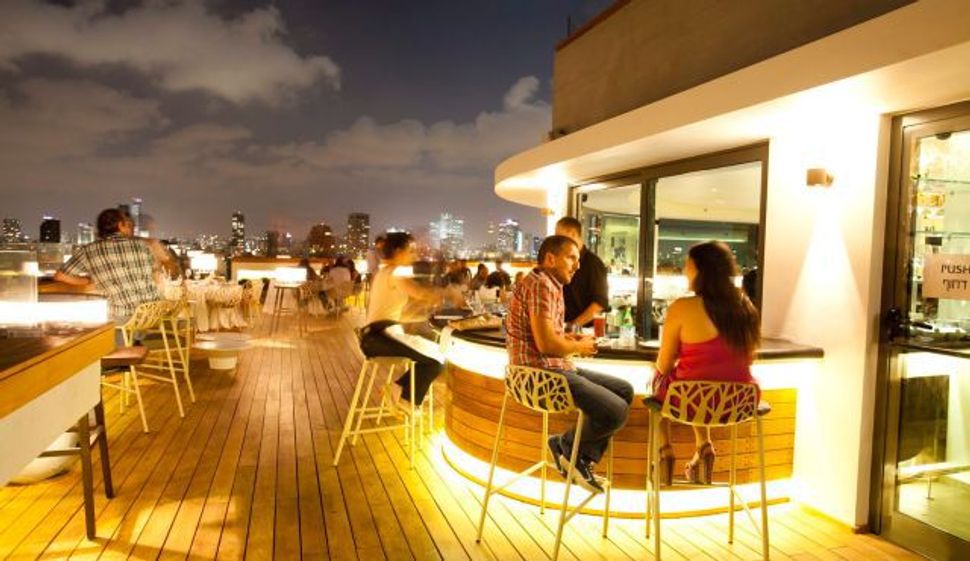 (Haaretz) — Diners who keep kosher have been increasingly demanding gourmet restaurants that meet their dietary requirements. The result has been a wave of excellent kosher restaurants. Following are the five best in Tel Aviv.

Blue Sky: Chef Meir Adoni’s new restaurant opened last summer, marking this creative chef’s entry into the world of kashrut. The restaurant is located at the top of the Carlton Hotel, giving it a panoramic view of the city, and it is a swallow heralding the arrival of another kosher restaurant in the spring. Blue Sky offers dairy and fish dishes served in the style of its elder sister, Catit – in other words, beautifully arranged dishes with interesting tastes.

Goshen: This well-known kosher restaurant in the Nahalat Binyamin pedestrian mall has recently expanded, opening another branch on the other side of the road. Its very name proclaims its allegiance to local raw materials, first and foremost meat. Goshen is proud of the meat locker, where it ages its own supply, and of how it is served up: on a hot skillet on which hefty portions of meat sizzle.

Tranquilla: This restaurant already has a handful of fans who don’t keep kosher, and rightly so, thanks to its simple Italian food made with raw materials from Italy. It also has and a foreign atmosphere that stems in part from its location between the Gan Hahashmal quarter and Rothschild Boulevard. Aside from its excellent breakfasts and its fresh focaccias, it also offers homemade pizzas and pastas.

Olive Leaf: This is the Sheraton Hotel’s gourmet restaurant, presided over by chef Charlie Fadida. He has created a menu marked by Mediterranean influences: It uses of the Lebanese, Syrian, Turkish and Greek cuisines, along with those of Italy, France, Spain and Morocco, all executed with precision. Add in windows that overlook the sea, and it feels like a trip abroad.

Deca: It’s a bit surprising to find a quiet, attractive corner like Deca in the midst of the garages, noise and smoke that characterize Hamasger Street. The restaurant opened almost seven years ago as a fish and dairy restaurant, and over time it began drawing inspiration from the kitchens of the Mediterranean Basin. It has a superb kitchen presided over by chef Roy Cohen, and the food is fresh, local and tasty.