Drama and a $2.65M Lawsuit Come to Carnegie Deli 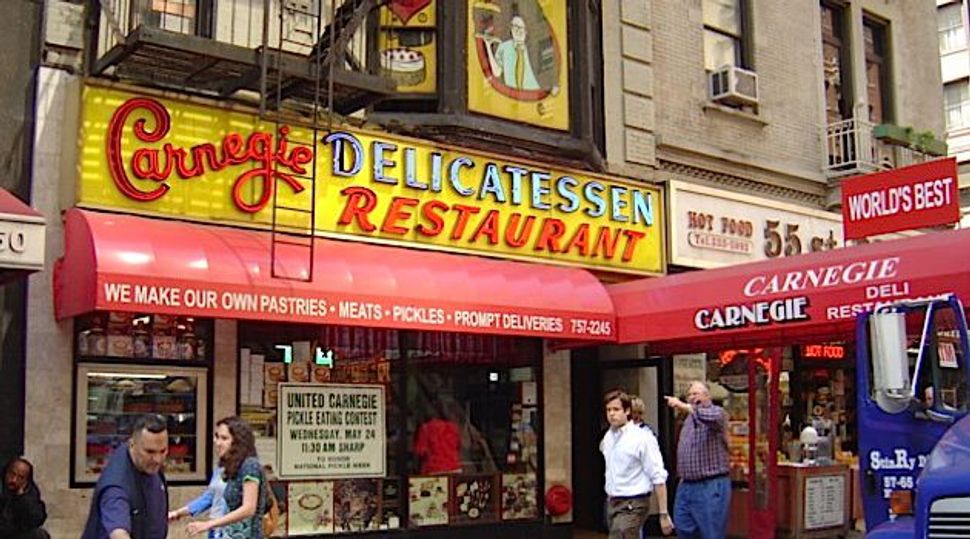 Oversized sandwiches for guests and undersized pay for employees seems to have been the guiding philosophy at Carnegie Deli for more than a decade.

On Friday, a Manhattan federal judge gave preliminary approval to a settlement between 25 current and former employees of the deli and its owners, Marian and Sanford Levine. The New York Daily News reported that the workers, who claimed that pay had been held back illegally for over 10 years, will receive a $2.65 million settlement.

According to court documents obtained by the New York Post, working conditions at the famous Midtown pastrami hotspot were rough: Employees claimed that the management paid them hourly salaries below the minimum wage of $7.25, as little as $2.50 to $3. The class action lawsuit, which was brought on in 2012, also accused the owners of not paying the workers overtime, and of keeping them from having their lunch breaks. The payout will happen over the next four years.

This is not the only legal action the owners of the deli are involved in. Marian Levine, who inherited Carnegie Deli from her father Milton Parker, filed a lawsuit against her husband Sanford last October. She claimed that he had passed along trade secrets to Penkae Siricharoen, a Thai waitress with whom he had had an affair since 1998. Siricharoen’s family runs a Carnegie-knock off called ‘New York Cheesecake’ in Thailand. Sanford Levine had not only invited the Thai family to visit Carnegie Deli’s New Jersey Plant, but also allegedly gave his mistress, who lived in the apartment building owned by his wife a highly advantageous deal that froze her rent for 15 years.

And if that’s not enough trouble for one 77-year-old New York City establishment: Two weeks ago, Jose Robles, one of the deli’s managers, was assaulted by a homeless man outside the Port Authority Bus Terminal. Instead of coming to help him, bystanders filmed the attack on their cell phones, Robles, who suffered a broken arm, told the New York Daily News.

Drama and a $2.65M Lawsuit Come to Carnegie Deli