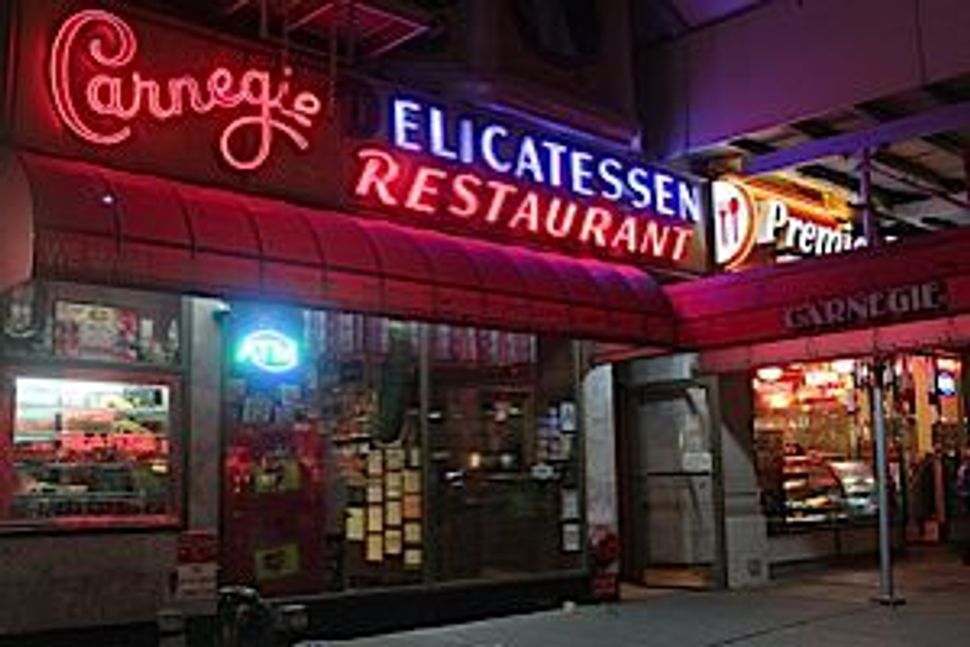 Who knew leafy greens could be so telling?

The romaine lettuce you’ll see these days on plates at the Carnegie Deli aren’t just a sign owner Marian Levine has stopped using iceberg lettuce. These leaves mean that she has also gotten rid of Sanford “Sandy” Levine, her philandering husband of 22 years. (Apparently Sandy, who used to run the deli’s daily operations before his wife learned of his 15-year affair with one of the deli’s waitresses, refused to update to romaine.)

Romaine is now on the menu, and Sandy and his paramour, Penkae (Kay) Siricharoen, have exited the famous delicatessen, but Marian is far from happy. Perhaps even worse than having taken Marian’s husband, Siricharoen has allegedly helped herself to Carnegie Deli inventory and recipes.

“They’re stealing my food!” Marian told the New York Post this week. As the daughter of Milton Parker, who bought the business with a partner back in 1976, she is highly proprietary of the secrets that make Carnegie Deli’s signature pastrami, corned beef and cheesecake what they are.

The Post reports that Sandy, who Marian admits was an excellent front-of-the-house man, basically ensconced his employee-lover in an apartment above the restaurant, showered her with expensive gifts, and bankrolled the opening of her restaurant in Queens right under his unsuspecting wife’s nose.

While Sandy left the home he shared with Marian at the end of 2012, only now is it coming to light how large a bite his affair with Sirichoaroen took out of the family-run business.

It seems the most devastating revelation for Marian was that there is a Carnegie knock-off called New York Cheese Cake (its former name was Carnegie Deli Thailand) in Bangkok owned by none other than Siricharoen’s family members. Unbeknownst to Marian, Sandy had arranged for his mistress’s relatives visiting from Thailand to tour the Carnegie Deli’s New Jersey plant, where it cures its meats and bakes its cheesecakes. Siricharoen has also allegedly removed thousands of dollars worth of merchandise from the deli and shipped it to Thailand.

It seems the doppelganger deli mimics the real thing not only in taste, but also in style. A 2010 blog post quoted by the Post stated that the restaurant in Bangkok served overstuffed sandwiches you can’t easily get your hands or mouth around. Sound familiar?

Marian, reeling from these revelations, but with no interest in being treated like chopped liver, is lawyering up and slapping Sandy and Siricharoen with a crop of lawsuits.