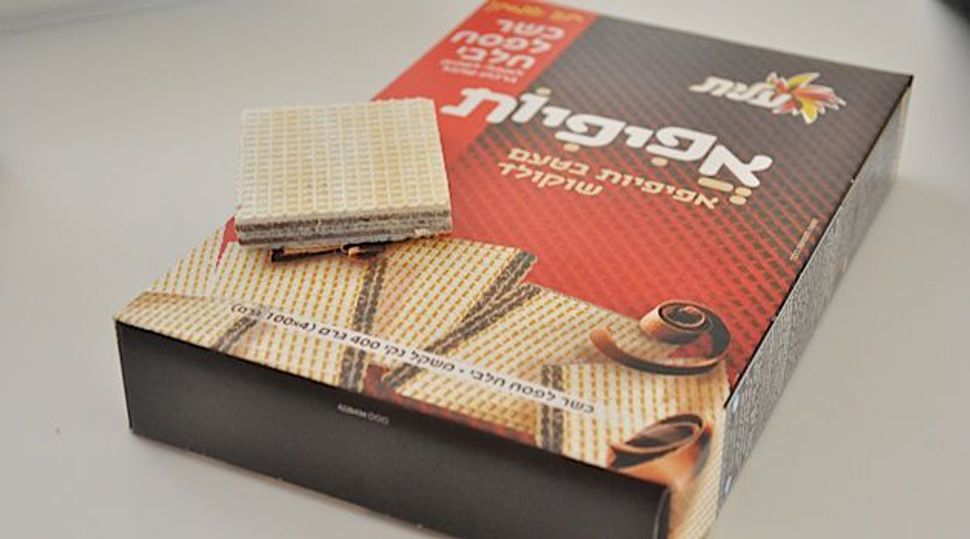 We’re half way through Passover and if you’re anything like me, you’re starting to crave all of those delicious carbs that the Atkin’s diet and the rabbis frown upon this time of year — bread, pastries, cake, pizza, pasta and even beer.

In Israel, food companies and some creative chefs have found ways around the holiday’s restriction coming up with kosher for Passover chocolate wafers, soup croutons and even bagels — yes, bagels. Some of them work better than others, so here’s what to try and what to avoid during the last few days of the holiday.

Wafers are a classic in Israel. During Passover, the brand Elit brings out its “Afifiyot”. By the look, they are exactly the same as the regular chocolate wafer: rectangles indented with little square designs and filled with chocolate. In color, however, they are much less golden and more of a white with a grey undertone.

If you can get past the cardboard texture of the wafer, then you may actually find them better than the regular ones. It’s as if the makers of “Afifiyot” felt bad for not being able to provide us with the actual wafer and so they overcompensated with a rich dark chocolate. No complaints here! 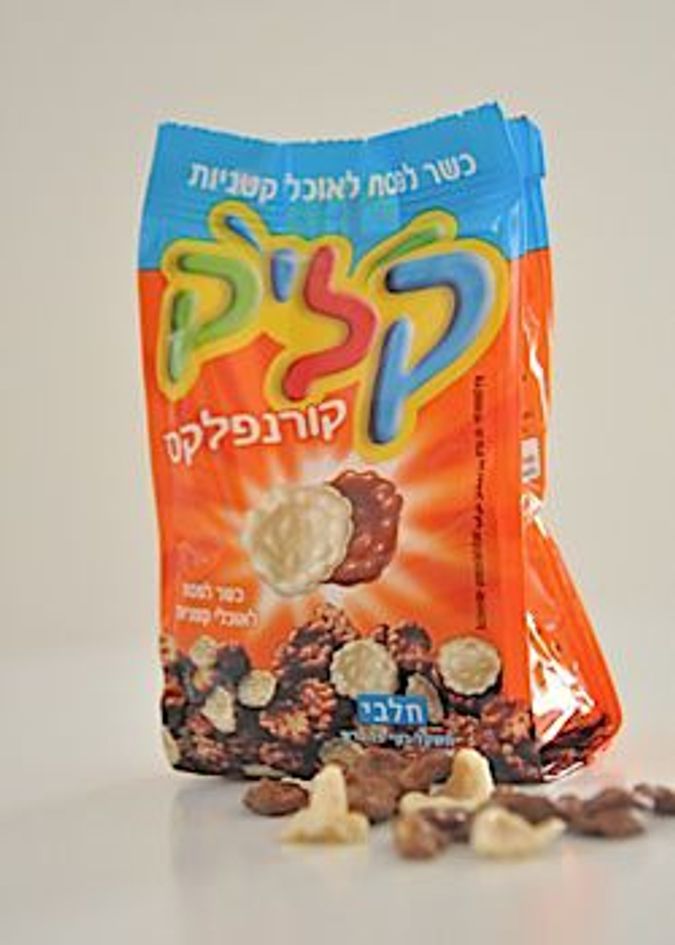 Speaking of chocolate, the Israeli “Klik” also shows up on the kosher for Passover shelf. The regular “Kliks” come in many different shapes: little chocolate crunch balls, chocolate squares filled with more chocolate, triangles made with chocolate covered crunchy cornflakes. They are often sold at movie theaters. It is the kind of thing you eat without really being hungry — like popcorn.

During Passover, the company throws in a little bonus: instead of just milk chocolate flakes, this one has a mix of milk and white chocolate ones.

The “Crunch” is that cereal that every Israeli kid craves — cylinders shaped out of chocolate filled with cream chocolate nougat — it’s more dessert than breakfast. Almost every household has a box and thankfully there’s a kosher for Passover version that tastes very close to the original. Same bite, same filling and same crunch. They may be just a little more airy. So for those who were worried about not being able to eat “Crunch”, worry no more!

On the more savory end of things, one of Israelis’ favorite nibbles are pretzels, or “beygale” in Hebrew. They go down quite easily at a Tel Aviv Pub. A few years ago, Osem launched “Shtuchim” — basically pretzels that have been completely flattened out, a crunchier version of the traditional snack. The Passover versions come in square form (the originals are circles). They’re slightly less salty and a little more airy in their texture. The regular ones are completely flat but the Passover one are slightly more bumpy, like a cushion. According to the ingredients listed, the passover “Shtuchim” are corn-based, which can definitely be felt in the taste. They are also gluten-free.

In Israel, “Shkedei marak” are more than just a type of crouton to add to soups, they are a national pride. The small yellow crunchy squares made from flour and palm oil are an Israeli invention that is today sold internationally. The idea is based on the homemade crispy-fried squares of dough known as mandlach traditionally served with chicken soup in Ashkenazi homes.

For Passover, the flour is replaced with a mix of potato starch and dried potatoes, and the result is simply amazing. They taste like the best kind of potato chips, only crunchier and more addictive. I have to admit I couldn’t stop nibbling on them and by the time I finished this article, I had devoured an entire bag.

Yes, you have read correctly. This year, the Inbal Hotel in Jerusalem has introduced the Passover Bagel. The bagel was created by Executive Chef Andreas Marinkovits. The goal: come up with a perfect recipe to mimic the original New York style bagel. That includes the hard crust and fluffy middle.

Now, I haven’t had the chance to try this one out but if this is any similar to Passover bread and buns served in Israel, then it’s probably just mushy bread that has quite harsh effect on the stomach. Because Passover bread can’t rise, it is usually very dense, mushy and difficult to digest.