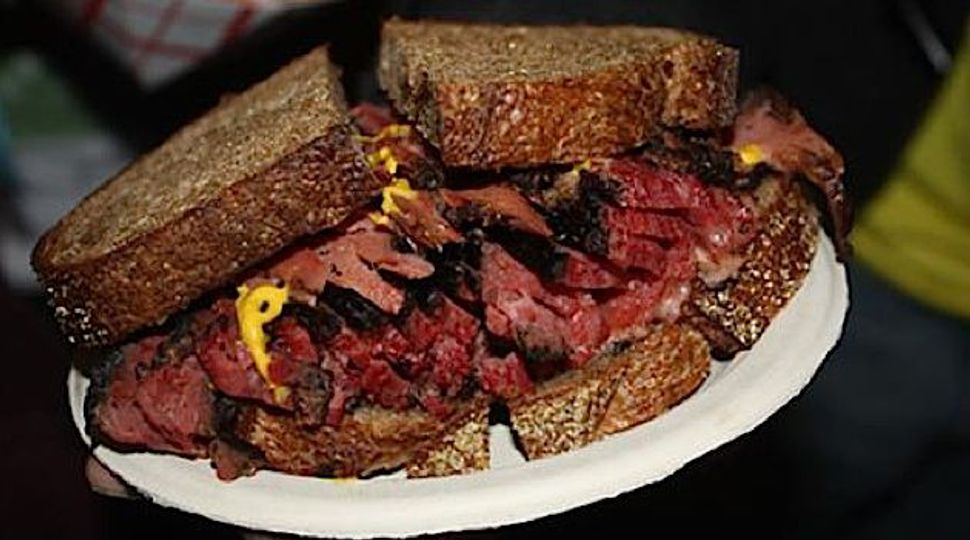 Katz’s Deli is going for seconds.

Three months after suing a New York City food truck called Katz & Dogz for allegedly infringing on its good name, Katz’s Deli is back in court, filing a suit against the other Katz’s Delicatessen — you know, the one in Deerfield Beach, Florida. Never heard of it? Neither had we until this week.

“This hadn’t happened in years, and now we’ve got two in three months,” lamented Jake Dell, the third-generation owner of the original — and true — Katz’s. “We’ve had a pretty well-protected trademark for a long time, and it covers just about all variations of Katz’s.”

Katz’s in Deerfield uses katzs-deli as its web address and its menu is a “total ripoff” of Katz’s in New York, Dell said. There’s “Katz’s Famous Salami” at $11.99 a pound, (though no mention about of whether you can send it to ‘Your Boy in the Army’ as Katz’s slogan has kibitzed since WWII). There’s also “Matzo brie” ($4.89) and sandwiches like the “Henney Youngman” — a straight-up Reuben — for $11.75. The Florida spot also offers baked ham and cheese hero sandwiches and a BLT — things you’d never find at Katz’s on Houston.

A lawsuit was a last resort, according to Dell, who told the Forward his pleas to Florida Katz’s went unanswered. “I told them, ‘Look, I’d rather not to go courts or pay a lawyer. I’ll give you the benefit of doubt and offer you a month to change the name’,” Dell said. “They never got back to me, and when they finally did, they just kept delaying.”

The name “has confused a lot of people,” said Dell, whose official Katz’s title is “Top Dog.” A local Fort Lauderdale website reported last month: “The bad news is that it’s not related to the original Katz’s Deli in New York; it’s owned by a dude named Bruce Falaski.”