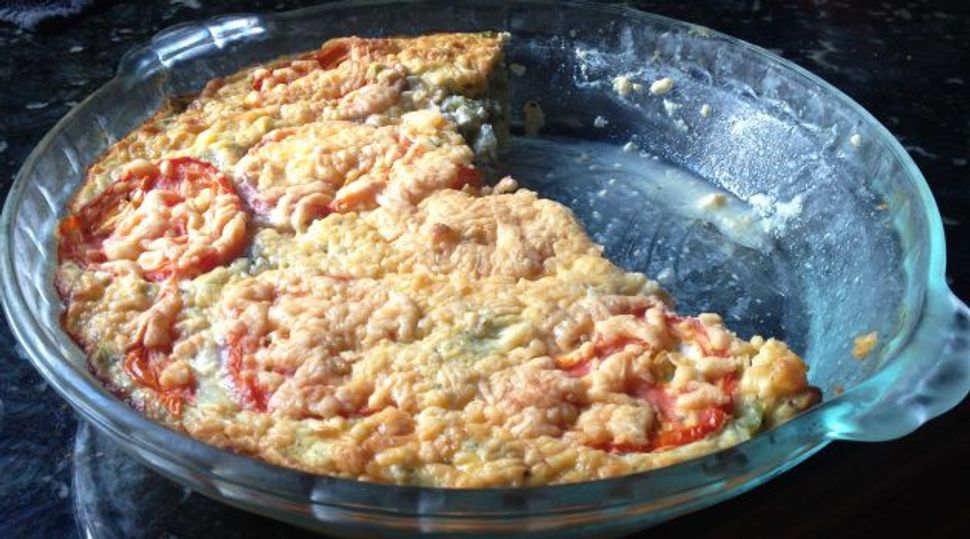 There’s nothing like a series of back-to-back Jewish holidays to help you pack on the pounds without even trying. Between my mother’s Rosh Hashanah brisket, my bubbie’s stuffed cabbage for Sukkot, and our elaborate post-Yom Kippur feast that features enough delectable breads, spreads, and pastries to more than make up for 24 hours without eating, it’s a wonder any of our clothing fits by the time October rolls around each year.

Given the deliciousness of the various items that typically grace our holiday table, the assault on my waistline is more than worth it. That said, we’ve made an effort over the past few years to mitigate the damage by swapping some of our old school, traditional kugel recipes for ones that are just as tasty but far more healthy.

Now keep in mind that when it comes to kugel, the term “healthy” is all relative. Kugel was not designed as a health food item, and eating a healthier version of kugel is not the same thing as eating a salad. But for my family, these recipes are a nice compromise. We get to keep our tradition of having some form of kugel on the table but can all feel less guilty about occasionally sneaking a second piece.

Broccoli-Noodle Kugel
This kugel is a great way to introduce an extra serving or two of vegetables at the dinner table, and it has only a small amount of oil for such a large pan.
Ingredients:
12-16 ounces frozen broccoli, thawed, chopped, and drained
1 package egg noodles
6 large eggs
1 package onion soup mix
2-4 tablespoons olive oil
1 tablespoon garlic powder
Salt and pepper to taste

1) Cook egg noodles according to the directions on the package; drain well once cooked
2) Pour noodles into a large mixing bowl and beat in eggs one at a time
3) Stir in onion soup mix, garlic, and broccoli; mix well and add salt and pepper as needed
4) Drizzle olive oil into mixture, stirring constantly, to moisten as needed
5) Pour mixture into an 11×13 pan and bake at 350 for 45-55 minutes, or until the top starts to brown

1) In a large bowl, whisk together the olive oil and flour
2) Beat in eggs one at a time
3) Add the mayo (or mayo-sour cream combo) and mix well
4) Stir in onion soup mix, garlic powder, and spinach; mix well and add salt and pepper as needed
5) Pour half of the spinach mixture into a 9 or 10-inch round pan
6) Using your hands, arrange half of the tomato slices in a layer on top of the spinach mixture
7) Pour the remaining spinach mixture gently on top of the tomatoes, then arrange the remaining tomatoes on top
8) Bake at 350 for 45 minutes, or until the kugel is set

Pumpkin Kugel
Though this kugel is the sweetest of the bunch, it contains only 1/4 cup sugar for a fairly sizable pan. Best of all, it features great fall flavors and spices that smell fantastic while baking. If you’re not a pumpkin fan, feel free to use butternut squash instead.
Ingredients:
1/2 cup flour
1/4 cup dark brown sugar
1/3 cup olive oil
3 eggs
2 cups pumpkin (either fresh pumpkin that’s well-pureed, or pumpkin from a can)
2 tablespoons cinnamon
1/2 teaspoon nutmeg
1/2 teaspoon salt

Maurie Backman is a writer and editor who loves to feed others and share her recipes with the world. You can check out some of her sweet concoctions at busybakingmama.com.