Pittsburgh’s Conflict Kitchen Lives Up to Its Name 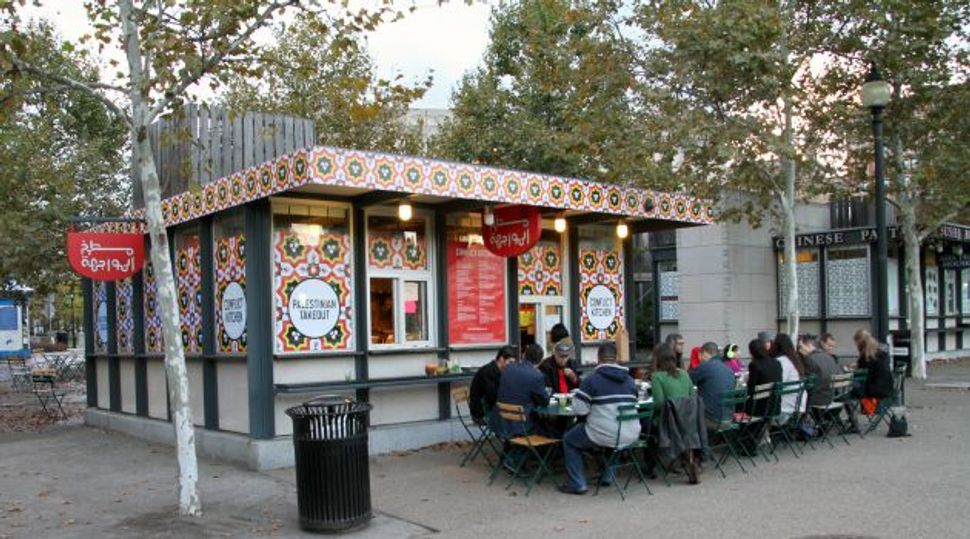 Some members of Pittsburgh’s Jewish community are none too happy with Conflict Kitchen’s latest menu.

Every few months, the popular local restaurant features a cuisine from a country that’s in conflict with the U.S. Currently on the menu is Palestinian food, which has stirred up a bit of a backlash.

“Palestine is not in conflict with the U.S.,” said Gregg Roman, director of the community relations council at the Jewish Federation of Greater Pittsburgh. “The restaurant is stirring up conflict for the sake of trying to be relevant.”

One of the founders of Conflict Kitchen, Jon Rubin, disagrees. “There has never been a Persian, or an Afghan or a Venezuelan restaurant in the city.” he said, referring to some of the other cultures whose food has been offered. The founders were trying to “fill what we felt was a void in Pittsburgh,” he said. “So we started thinking about what can we serve and how can we have a conversation that’s not already here.”

“You can’t always separate food and culture and politics,” Rubin said, “but food is a way of looking at our common humanity.”

Controversy aside, the Palestinian menu has been a success. About 300 customers a day have sampled the cuisine since it went on offer, Rubin said.

Hadas Margulies is the new food intern at the Forward. Find her at HadasMargulies

Pittsburgh’s Conflict Kitchen Lives Up to Its Name