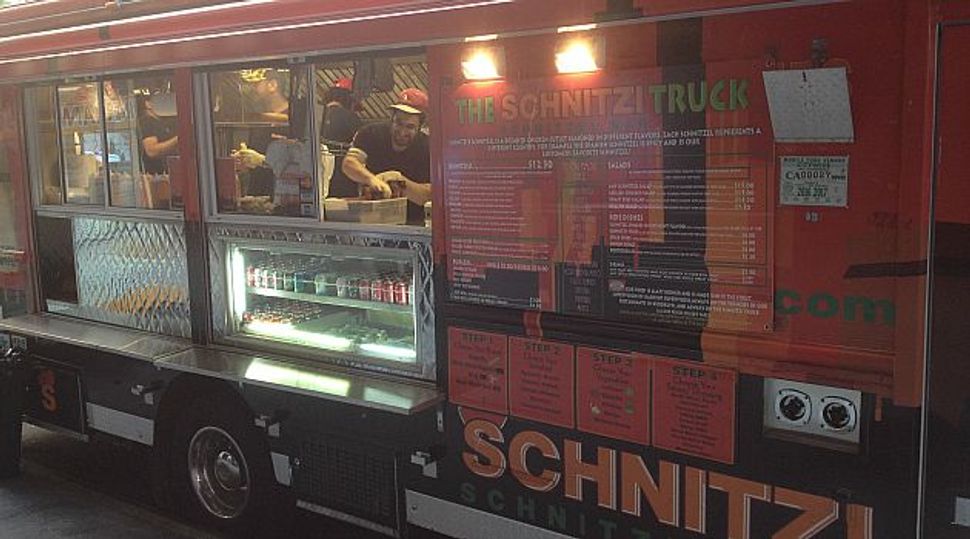 When I was growing up, reheated frozen turkey schnitzel was a default dinner. The timing was carefully calibrated. My mother, who tutored math at home, could turn on the oven before her last class, come downstairs and put the schnitzel tray into the oven during her student’s first solo attempt at the algebraic challenge and, by the end of class, voilà, schnitzels and oven chips.

My sister and I were grateful that we’d arrive home from our after-school activities to find food on the table even after mum had worked all afternoon, but we also developed tasty ways of rehydrating ourselves after eating the hygroscopic meat. Whether it was the initial freezing of the meat, its reheating or the dry-breading of its surface that caused its tendency to absorb all moisture we never knew, but to avoid parched palates we doused it with a variety of tomato sauces, ketchups and tangy pickles. Plus, bitter experience had taught us to keep water, juices and squashes handy, just in case.

Arriving on kibbutz the year after high school was to arrive at the shrine of the schnitzel. On Friday evenings the entire kibbutz would dress in their finest attire to celebrate the schnitzel. Tables would be decked in white, floors would be scrubbed, small children and elderly bubbes in the community would be greeted as if their behavior had never annoyed the greeter, families would sit happily together as if no one knew they were on the verge of utter collapse. These weekly miracles were the purview of the schnitzel god who would be fêted by the frying of succulent avatars and the consumption of its body by the host of the kibbutz. For those unmarried adults who found favour in the sight of the schnitzel, romantic success was certain.

In short, I have mixed feelings about schnitzels.

And those feelings were stirred by my colleague Hody Nemes, who told me about Schnitzi, the Schnitzel Truck. While it sounds like a children’s story book (and, if the folks at PJ Library have their way, surely it will become one), it is a very real and not particularly prepossessing food truck that roams, like a moveable temple, from home base in Brooklyn to locations throughout the city. Though whether, on any given day, it launches from its Coney Island or Borough Park mothership is one of life’s mysteries. On Mondays, however, it orbits the Financial District, much to the glee of those who work in the area for whom kosher schnitzel is a religious experience.

The brief and unscientific observation I carried out of these Lower Manhattan schnitzel devotees suggests that New York schnitzelers are predominantly men. Or at least schnitzel sandwichers. I don’t want to point fingers, or get labeled here, I’ll just say there are a lot of carbs in a schnitzel: It’s fried breaded meat in bread, so if you are gluten intolerant or trying to cut down on fat or carbohydrates it’s probably not your food of choice. I like to eat healthy myself, but once in a blue Monday I can put my arteries on notice and join the schnitzel minyan.

I chose a Spanish schnitzel and fully submitted to the authoritative attendant when he suggested the mixture of three sauces. There are nine varieties of schnitzel that can be fried up and anointed with a combination of up to three of 13 sauces.

My mother tells me that, assuming you do use 3 sauces not fewer, the way to represent the combinations of schnitzel sandwich is 9*C(13,3), which has an arithmetic value of 2,574, or that the truck can serve over 2,500 different types of schnitzel on its baguettes and next to its lettuce, tomato and kosher dill pickle. So for me to tell you that my schnitzel was pretty good, though the meat and the bread were a little dry and the spicy sauce combo a little too raw doesn’t mean too much. It was an experiment worth trying and I’ll join the pilgrims again on one of the Mondays before Hanukkah. And, the 2,574 incarnations of the schnitzel god will wait for my pilgrimage. Monotheism, shmonotheism.