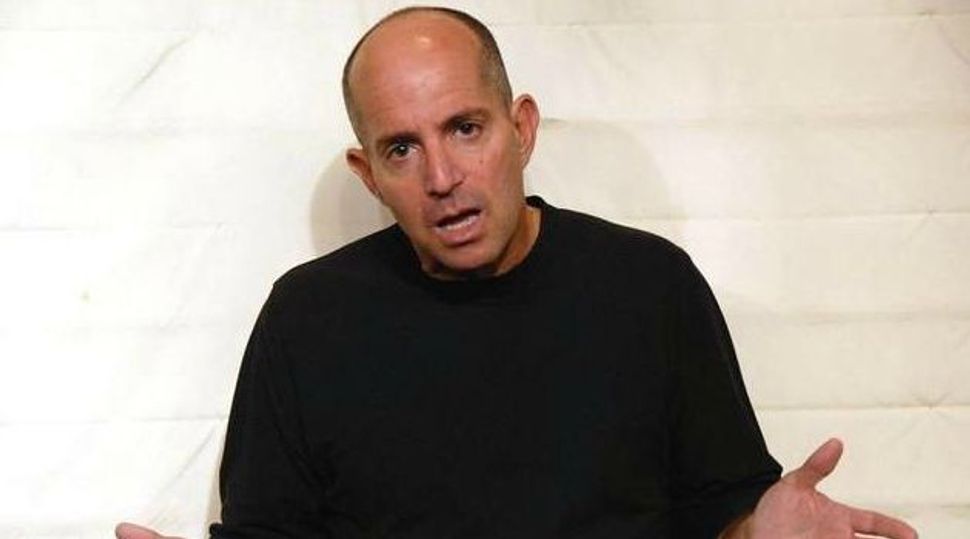 Brad Zimmerman’s road hasn’t been easy — and he lets you know why in his new one-man show. Photograph courtesy of Symphony Space

Ever wondered what it’s like to be an aspiring entertainer stuck waiting tables for decades? I wouldn’t recommend asking one. Instead, you might take a seat at Brad Zimmerman’s one-man show, “My Son the Waiter, a Jewish Tragedy,” which opened last week at Stage 72 at New York’s Triad Theater.

After 30 years waiting tables and trying to find success as an actor and comedian, Zimmerman can finally, quite possibly, make his mother proud.

The comic recounts tales of irritating, demanding and picky customers he came across during his years in the service industry. Some of them, however, were innocent victims of Zimmerman’s short patience. Say they tried asking him about the wine selection: “I know two things about wine,” he says. “We have it or we don’t.”

Which reminds me of an unfortunate incident my friend told me about. When she ordered a glass of sauvignon blanc at Red Lobster last weekend, the waitress asked, “Will that be the red or white one?”

Zimmerman wouldn’t even have bothered with the follow up question. He aimed for super speed with his customers. “Know what it’s like to wait on forty people?” he asks his audience. “First of all you’re afraid to ask if somebody needs something…because somebody does.”

Zimmerman tear his former customers to shreds (along with health-food advice, dating, success and — in true Jewish-comedian form — himself) now through December 31.

Hadas Margulies is the new food intern at the Forward. Find her at HadasMargulies.com.